For the second time in three weeks, the Indian River HS alum was named CUSA defensive player of the week. 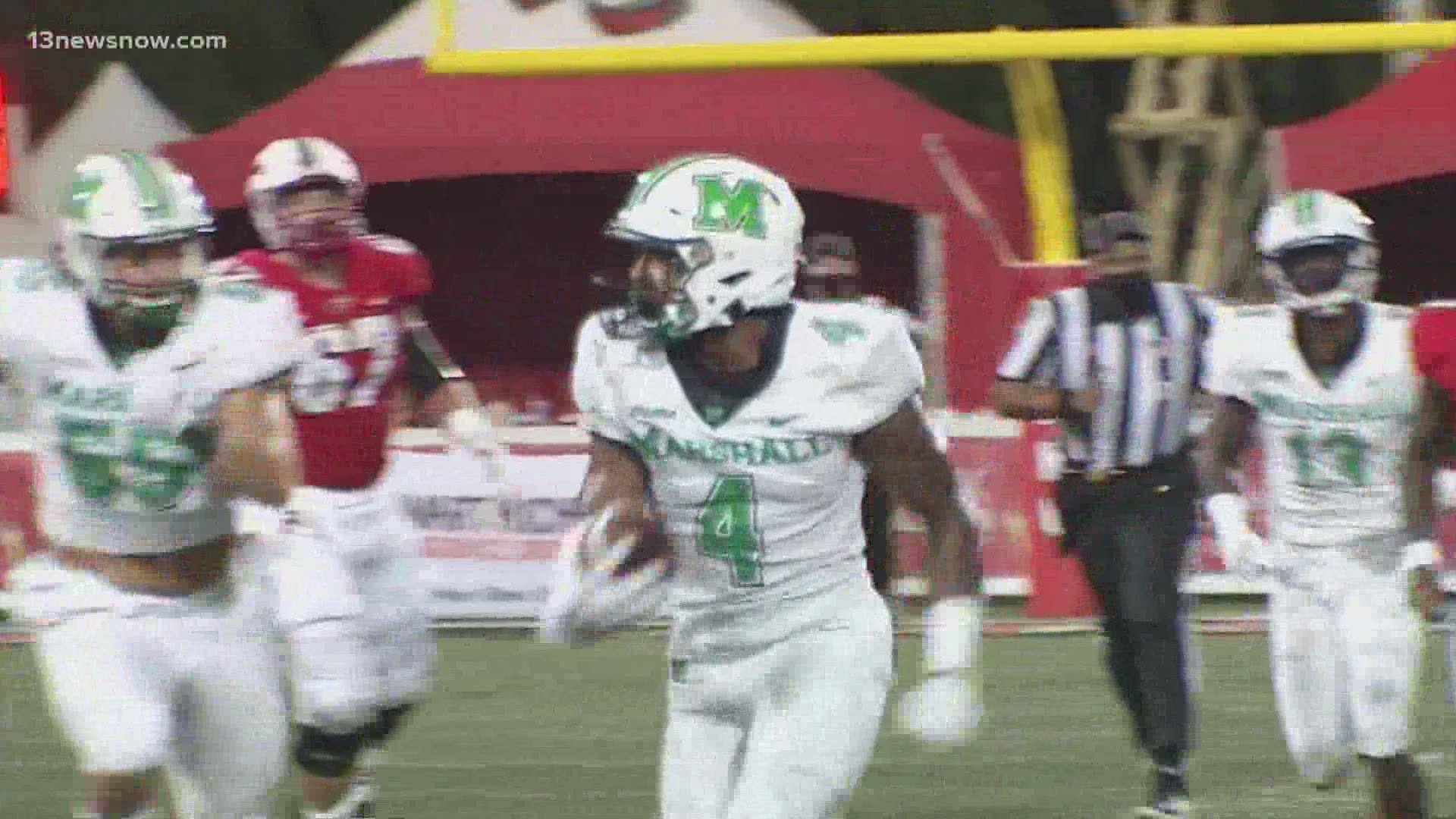 HUNTINGTON, W.Va. — Hey Tavante Beckett. The people back home are paying attention. It's hard not to.

Beckett played his high school football at Indian River in Chesapeake. Nowadays he is a defensive playmaker for Marshall University.

This week it was no contest. Beckett, a senior, tied the school record with 3 fumble recoveries. He ran one of them in for a touchdown.

What's his motivation? Mostly, he says it's about his family, "I've got a 3-year old and a 4-year old at home just growing up and I'm watching from afar. So every day I just wake up knowing I've got to do this for them and then my mom."

No doubt the "drive" is strong in this one. Beckett adds, "I've got a lot on my shoulders and when I get on the field I just stay tunnel vision and focus on the task at hand. It's why I play so hard every time."