In an open competition with Ryan Fitzpatrick, Heinicke is trying to build on last year's breakthrough. 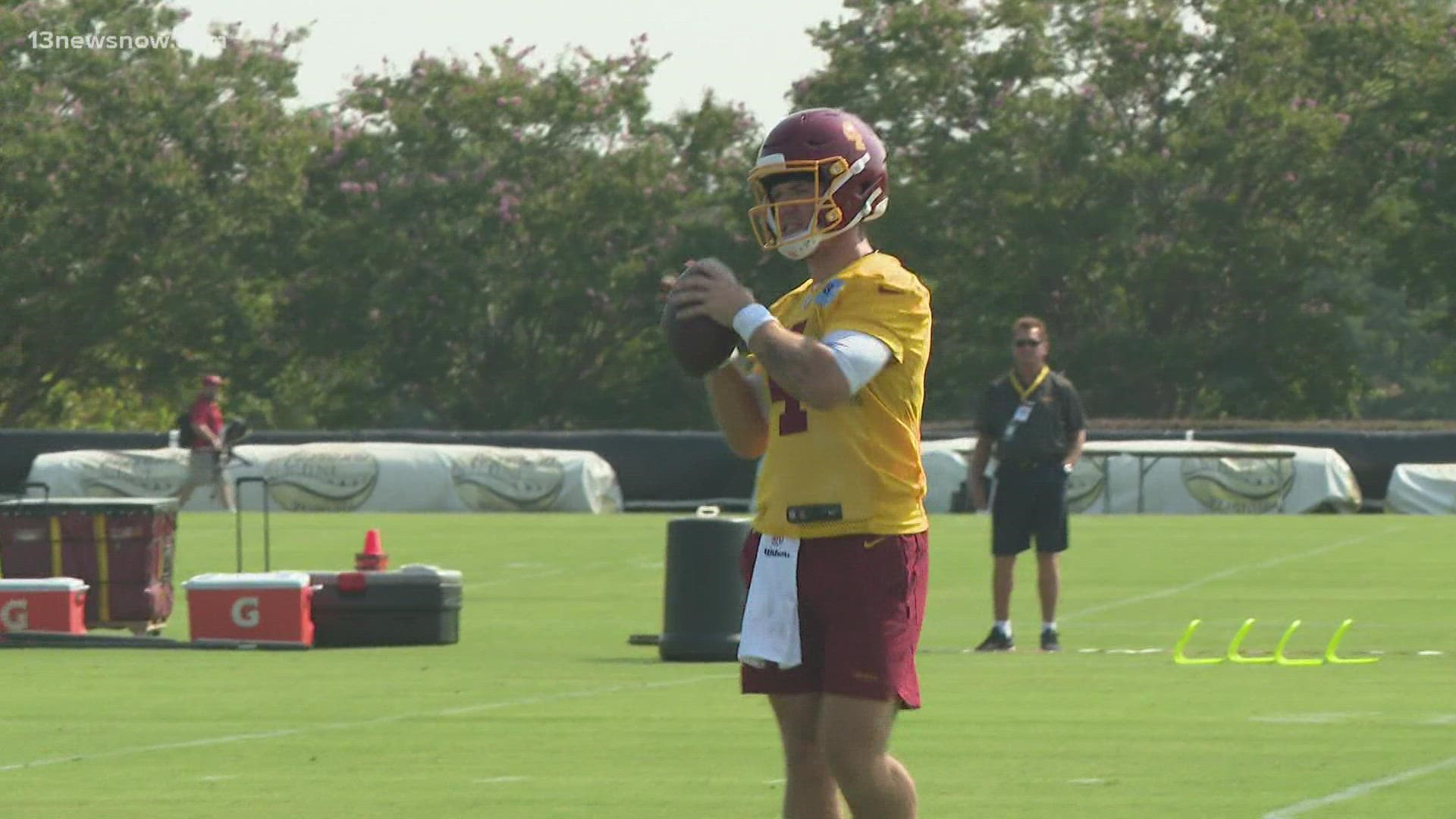 RICHMOND, Va. — There were the glory years at ODU for Taylor Heinicke. It took some time and some persistence for him to get his big break in the NFL. He certainly made the most of that break with the Washington Football Team in the playoffs against Tampa Bay last season.

Now Heinicke is back at training camp hoping to build on that big break. Perhaps Washington was not totally sold on Heinicke as the answer at quarterback in the long term as they acquired veteran Ryan Fitzpatrick in the off season.

Head coach Ron Rivera says he has his eyes on those two in an open competition. Here is how Heinicke explains his plan, "Just get better every day. That's the goal. Fitz does a great job of really helping me."

Besides what he did in the playoffs, there is another reason Rivera loves Heinicke, "I love his competitive attitude, the way he approaches things. He's got that very competitive, never die, I'm going to going to go out and do the best I can. That's an infectious attitude to have. Your teammates feed off of your energy."

Last year at this time, Heinicke was out of football. That makes this training camp that much more special. He says, "Every day I wake up, I'm excited. I go back to where I was last year at this point. I was waking up at my sister's house and trying to find something to do. I was training for an opportunity like this."

He almost gave up on that opportunity coming through, "I was close. I was about 5 or 6 weeks away. I always told myself 'I'm going to give myself two years from the last game I played.' "

Now, he is back to trying to prove himself again, even after he was so impressive in the playoffs. Heinicke looks at it this way, "I understand I was getting a lot of praise after the game, but we lost. I go back and I look at the two games I started, I got hurt and lost both games and I take that to heart. I want to end that streak. If I do happen to start I want to go out there and win some games and lead this team to something special."