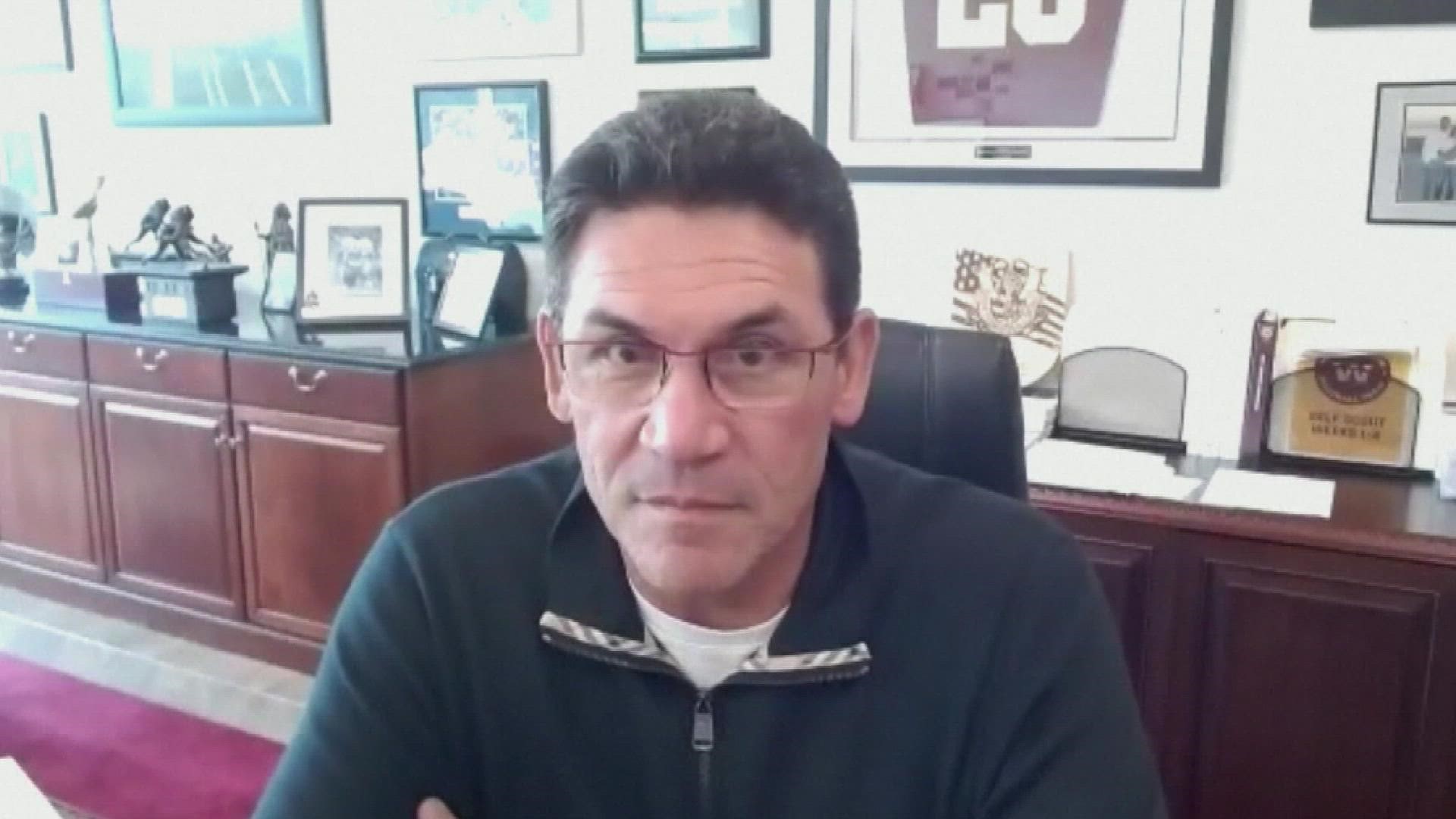 Ryan Fitzpatrick is going on injured reserve with a hip injury, and Washington is turning to Taylor Heinicke to start at quarterback against the New York Giants on Thursday night.

“We like the guys that we have,” Rivera said Monday. “We’ve had them play for us. They’ve done some good things for us, so we’ll see what happens.”

Heinicke will be the 10th quarterback to start a regular-season game for Washington since releasing Griffin in 2016. Despite RG3 tweeting, “Make the call” and a clip of his 76-yard touchdown run from his rookie year 2012, a return of the former face of the franchise turned ESPN analyst is not in Rivera’s plans.

Heinicke was originally brought in last season as Washington’s “quarantine quarterback” after Denver was forced to start a wide receiver because of virus protocols. He quickly went from out of football taking college classes online to making a surprise playoff start in place of injured veteran Alex Smith — and almost pulling off a stunning comeback against Tom Brady and the eventual Super Bowl champion Tampa Bay Buccaneers.

Heinicke threw for 306 yards and a touchdown in the wild-card round but also separated his left shoulder diving for the pylon. Allen is coming off surgery to repair a broken left ankle and Heinicke plays with a certain reckless abandon, but Rivera did not express any concern about the risk of injury at the position.

“I’m as confident as I can be,” Rivera said. ”You just never know what’s going to happen.”

Rivera is excited to see what happens with Heinicke running the offense. While the college star at Old Dominion has not started a regular-season NFL game since 2018 for Carolina under Rivera, Heinicke became popular among teammates and fans for his playoff performance.

Rivera hopes Heinicke has matured and understands his job, which is crucial after Washington lost Fitzpatrick a quarter and a half into the season opener Sunday against the Los Angeles Chargers. It did not look good right away when Fitzpatrick was helped to his feet and went right back down, and tests confirmed a right hip subluxation — an injury in which the ball of the hip comes out of the socket.

Fitzpatrick will see a specialist for a second opinion, Rivera said, and it’s not clear if the 38-year-old will miss the remainder of the season. Going on injured reserve means he will miss at least the next three games.