Thoughts of spring and ODU football

It's the last week of spring practice and we cover several different topics here. 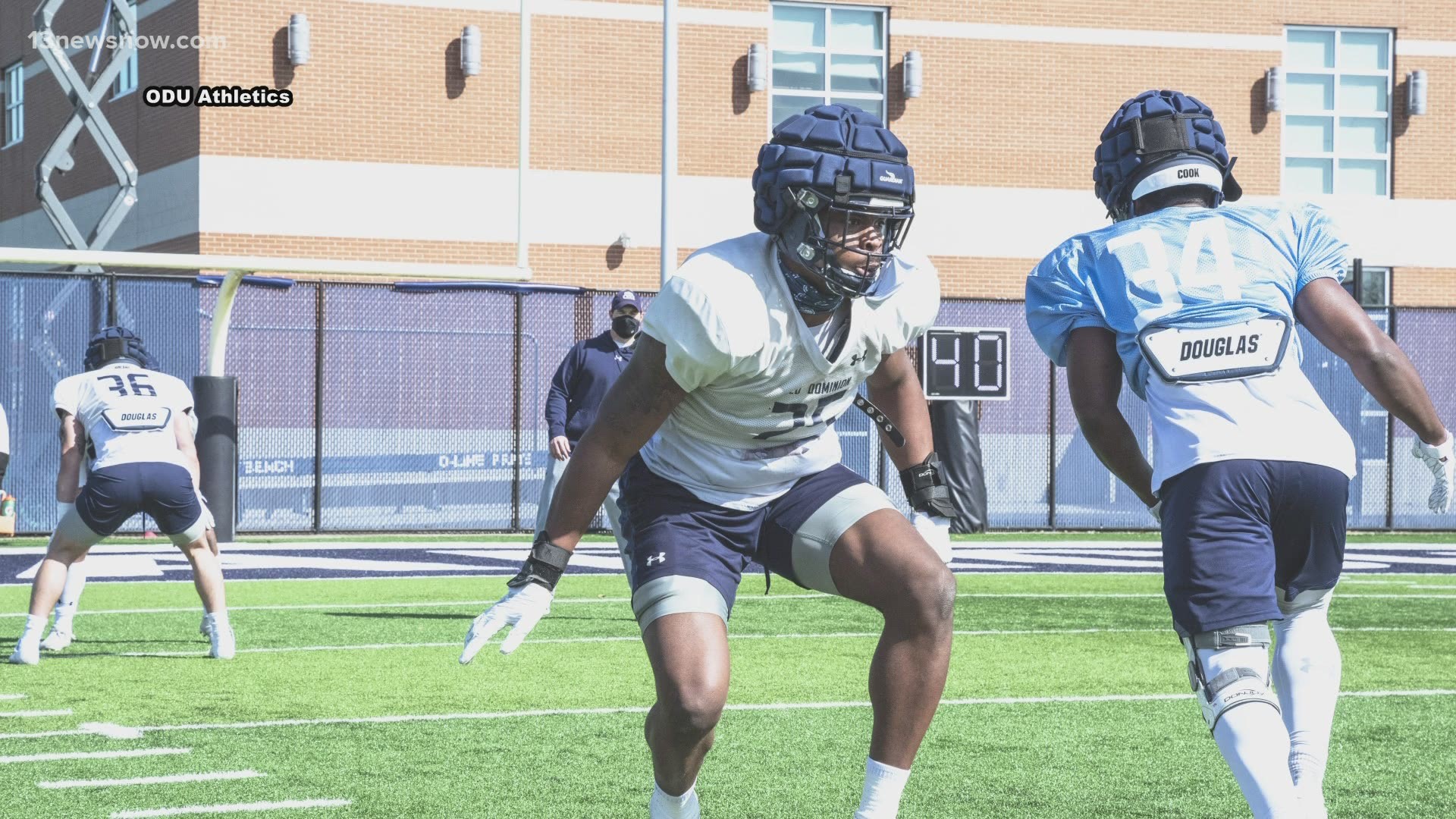 NORFOLK, Va. — What has impressed ODU head coach Ricky Rahne the most this spring football practice season? He says the Monarchs are coming with plenty of energy at all times this spring.

This is the last week of spring ball as they will have put in 15 practice sessions by the time Saturday rolls around.

Instead of a spring game on Saturday, there will be a modified team scrimmage or in other words, a glorified practice. It will be held at S.B. Ballard Stadium and offensive line coach Kevin Reihner knows that's enough to make it a big deal. He says they told the players, "Anytime we step into Steve Ballard Stadium it's different. They know that that place is special and they'll have a certain level of effort that will match that."

Running back Matt Geiger also thinks there will be a little extra juice on Saturday, "Anytime you go out you want to compete. You want to go against your teammates and you want to get yourself better. You've got to bring your best self every time."

Saturday will also be another chance for Steven Williams to complete his transformation. In 2017, at age 17 he was the youngest starting quarterback in the nation. The Monarchs moved him to wide receiver in 2019. Get ready to see him in action as a linebacker this fall. It takes a whole new attitude compared to those days when he was a quarterback, "Ripped that phase out of my life, because it's like a mind set. For me, I can switch it on and off. I can switch my mindset from playing quarterback to be calm and collected to switching to defense and being loud, talking, talking trash and just being physical."

And just for fun, someone brought up those March Madness brackets with coach Rahne. The NCAA prohibits him from filling one out, but that doesn't mean his family can't have a little fun. He's not sure if his wife or youngest son is winning, but he is positive about this, "My oldest son does the most research and his bracket is obviously the worst because this year is such a disaster."