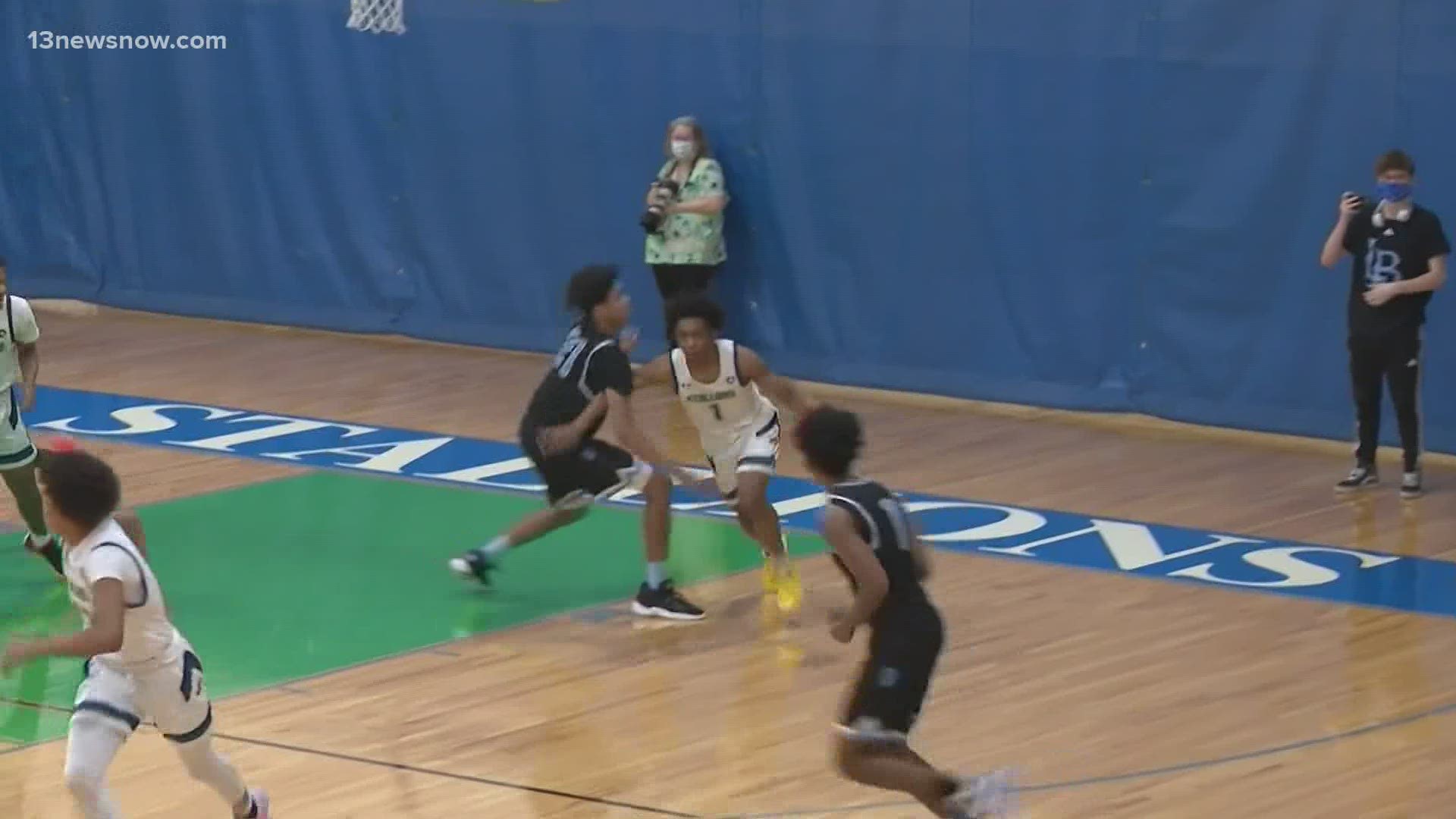 Seven teams from our area played in Virginia state basketball semifinals on Wednesday. Three of those teams punched their ticket to a state championship game on Saturday.

Green Run grabbed the lead over L.C. Bird near the end of the first quarter and never gave it back. Elijah Kennedy poured in 27 points and Jacob Cooper added 18. The Stallions won 64-50. They will play Stone Bridge in the Class 5 final.

In Class 6, Landstown staged a furious fourth quarter comeback against Potomac. The fell short and lost 79-73. The Eagles cut a 13 point final quarter deficit to just one point. However, they never did get the lead. Donald Hand led the 2019 state champs with 43 points. He was a perfect 27-27 from the free throw line in the loss.

Smithfield is moving on in Class 4. The Packers beat Eastern View 56-49. Rashad Tucker led the way with 18 points. Smithfield will meet John Handley for the state championship.

Mathews lost their Class 1 semifinal to Altavista at the buzzer. The Blue Devils had a 13 point third quarter lead. It all got away. However, with 25 seconds remaining Nasir Thomas scored to give Mathews a one point lead. Atlavista would leave the Blue Devils with heartache> They won as time expired, 57-56.

Princess Anne girls are back at it. They dominated L.C. Bird 71-30 in their Class 5 semifinal. Aziaha James led the way with 26 points. The Cavaliers will get a shot to win their 8th consecutive state title when then play on the road against Patrick Henry from Roanoke.

Also on the girls side, Louisa County beat Grafton 63-49. Mathews girls lost to Riverbend in the Class 5 semis.