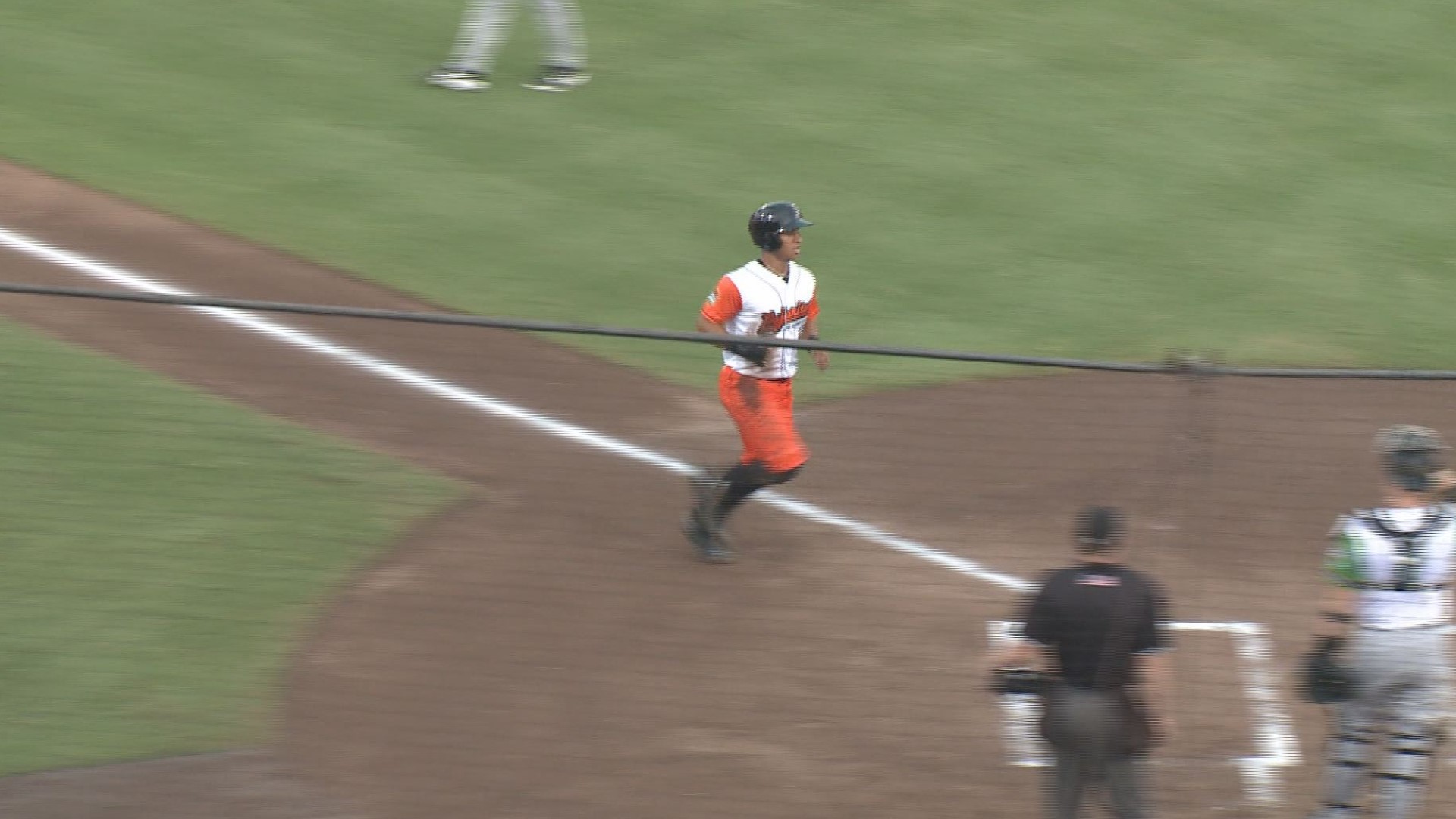 NORFOLK, Va. — Zach Vincej's walk-off single capped a five-run ninth inning and gave the Tides a thrilling 14-13 win over the Charlotte Knights Saturday night at Harbor Park. In a wild back-and-forth affair, the Tides entered the ninth inning trailing 13-9 but mounted a furious rally against Knights reliever Ian Hamilton (0-2). Ryan Mountcastle and Jace Peterson opened the inning with back-to-back singles, and Chance Sisco followed by drilling a three-run homer - his second round tripper of the night - to pull the Tides within a run. DJ Stewart singled to continue the rally, then moved to second on a sacrifice bunt by Christopher Bostick. Anderson Feliz lined a single to left to put runners on first and third with one out, and Stewart then raced home to tie the score at 13-13 on a wild pitch from Hamilton. Zach Vincej - the only Tide who had yet to record a hit in the contest - then sliced a check-swing single down the right field line, scoring Feliz and giving the Tides a wild walk-off win.

Norfolk registered a season-high 20 hits and four home runs in the contest en route to earning its fifth consecutive victory. Over that five-game winning streak, the Tides have batted .400 with 78 hits (15.6 per game), 46 runs (9.2 per game) and 11 home runs.

Sisco went 4-for-5 with two homers and five RBI to pace the offense, extending his hitting streak to seven consecutive games. Over that seven-game run, Sisco has hit .536 (15-28) with five home runs, 18 RBI and a .618 on-base percentage. Saturday was his first career multi-homer game, while the five runs batted in on Saturday matched his career-high, previously set on 9/1/16 - Sisco's first game at the Triple-A level.

Peterson homered and singled three times to record his own four-hit night, with his four runs scored setting a new career-high. Cedric Mullins also homered in the win, the second consecutive night he's connected for a home run. On Friday, the switch-hitting Mullins belted a three-run homer from the right side, while he connected for a solo homer on Saturday from the left side of the plate.

Ryan Mountcastle had two hits and two runs in the contest to extend his hitting streak to 11 games, upping his average to .345 on the season. The 22-year-old has now recorded multiple hits in seven consecutive contests, and he leads the International League with 41 hits this season.

Norfolk starter Keegan Akin yielded four runs (three earned) on six hits over 4.2 innings of work. He walked two and struck out three, but threw 98 pitches over his outing and now owns a 4.94 ERA through six starts this season. Akin left after walking Zack Collins with two outs in the fifth frame, with Collins coming around to score one batter later on a two-run homer off the bat of Alcides Escobar.