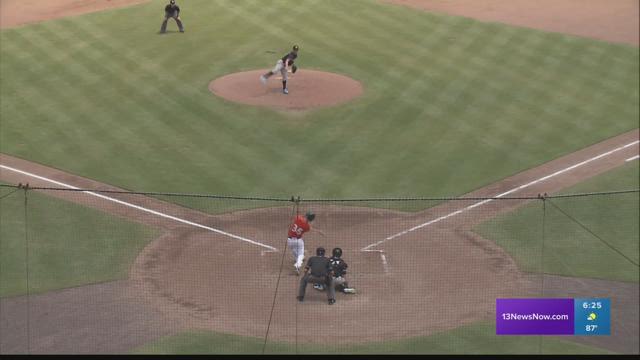 NORFOLK, Va.- Norfolk rallied from a late deficit with eight runs in the eighth inning to charge past the Charlotte Knights 11-4 Sunday afternoon at Harbor Park. The Tides entered the eighth inning trailing 4-3, but Norfolk sent 13 men to the plate to rally for the series-clinching victory. The Tides registered eight singles and two walks in the decisive inning, setting season-highs for runs and hits in a single inning. Cedric Mullins had the go-ahead two-run single to give the Tides the lead, while Steve Wilkerson, DJ Stewart, Drew Dosch and Mike Yastrzemski each added run-scoring singles in the frame.

Stewart finished with three hits to pace Norfolk’s 15-hit attack, while Wilkerson, Yastrzemski, Garabez Rosa and Caleb Joseph each added two hits apiece. The comeback made a winner out of Joely Rodriguez (4-2), who allowed one hit and struck out a pair over 2.1 innings of shutout relief.

Norfolk starter John Means took a no-decision after allowing four runs (three earned) on nine hits over 4.2 innings of work. He struck out five while issuing one walk, but needed 98 pitches to navigate his outing. He surrendered a pair of runs in the first frame on a two-run double from Avisail Garcia, then yielded an RBI single from Dustin Garneau in the fourth frame before being chased from the contest after allowing an unearned run in the fifth inning. Over his last three starts, the West Virginia University product has now registered 23 strikeouts and just three walks while posting a 2.87 ERA (5 ER, 15.2 IP). With the win, Norfolk (36-30) improved to 9-5 against Charlotte this season and wrapped up its homestand with a 4-3 record.