Of the five area high schools trying to get to the state finals in football, three were able to come up with wins. 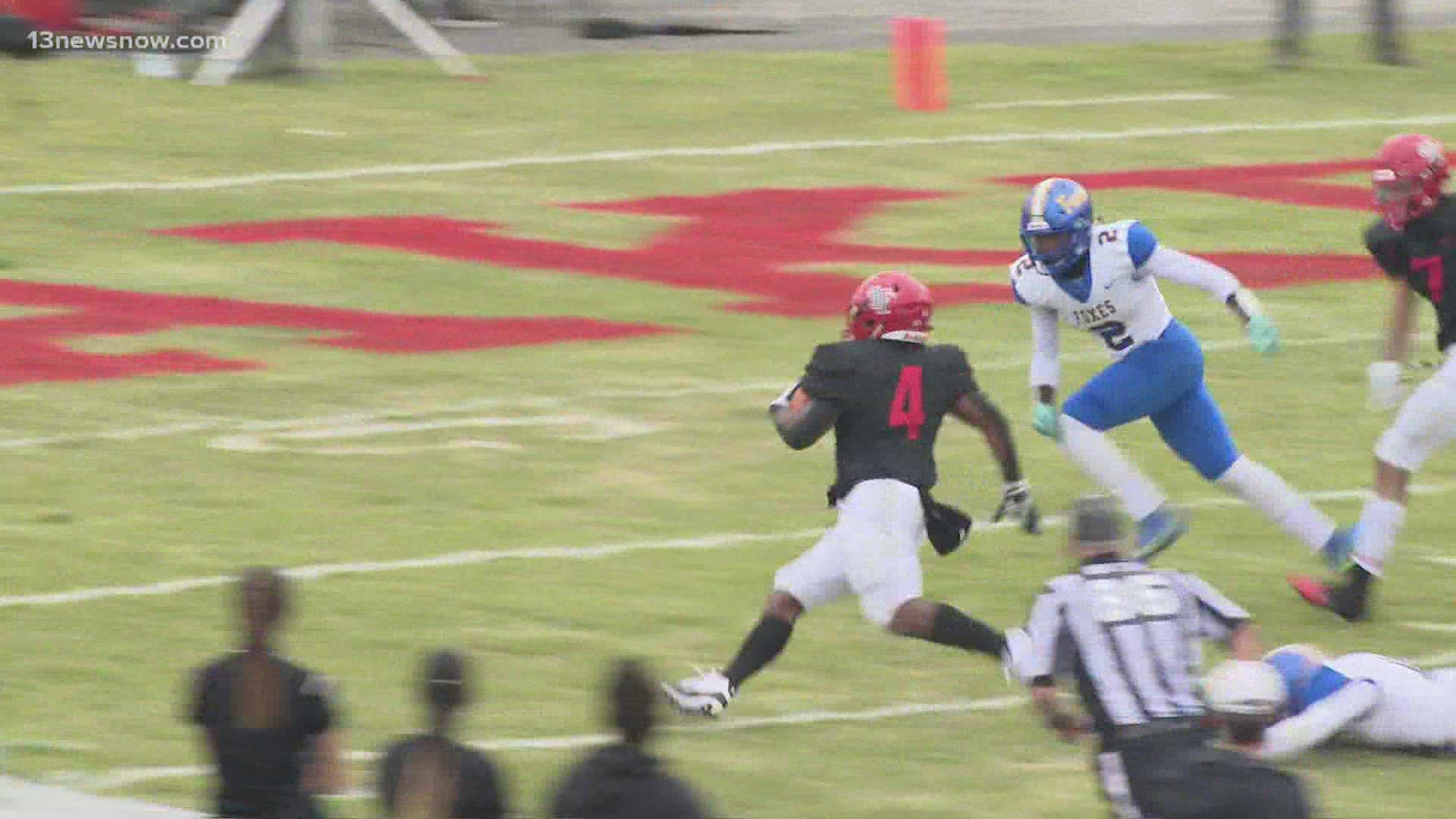 Sometimes getting out of the state semifinals can be as difficult as actually being in the finals. Five area high schools getting their chance on Saturday. In Class 6, Oscar Smith held Massaponax scoreless in the second half, including a big defensive stop in the final minute as they won 21-14 on Saturday. The Tigers now head to their 6th trip to the state finals since 2013. They next play South County.

In Class 5, Maury won't get the chance to repeat as they got shutout by Highland Springs 13-0 despite holding the Springers to just 87 yards rushing to go with 3 turnovers. The Commodores struggled offensively as running back, Demonte Dunlap, who had several 200 yard games on the ground was held to 8 carries for 11 yards.

The defending champions in Class 4, Lake Taylor jumped out to an early lead on King George and never looked back as they won 44-29. It will be the Titans third straight trip to the state finals as they try to capture their 4th title since 2012. Lake Taylor had 406 total yards of offense. Chuck Fisher had 115 on the ground to go with 3 touchdowns in the win.

In Class 3, Lafayette's Miguel Reel had 21 carries for 107 yards and a touchdown as the Rams topped Independance 17-13. They're eyeing their first state since 2001, and will face Lord Botetourt in the finals, and in Class 2, Poquoson couldn't recover after a slow start and fell to Stuarts Draft 44-13. Karon Smith led the Islanders with 128 yards rushing in the loss.