Coming out of Princess Anne HS as the top ranked cornerback in the country, Grimes saw action early with the Tarheels. 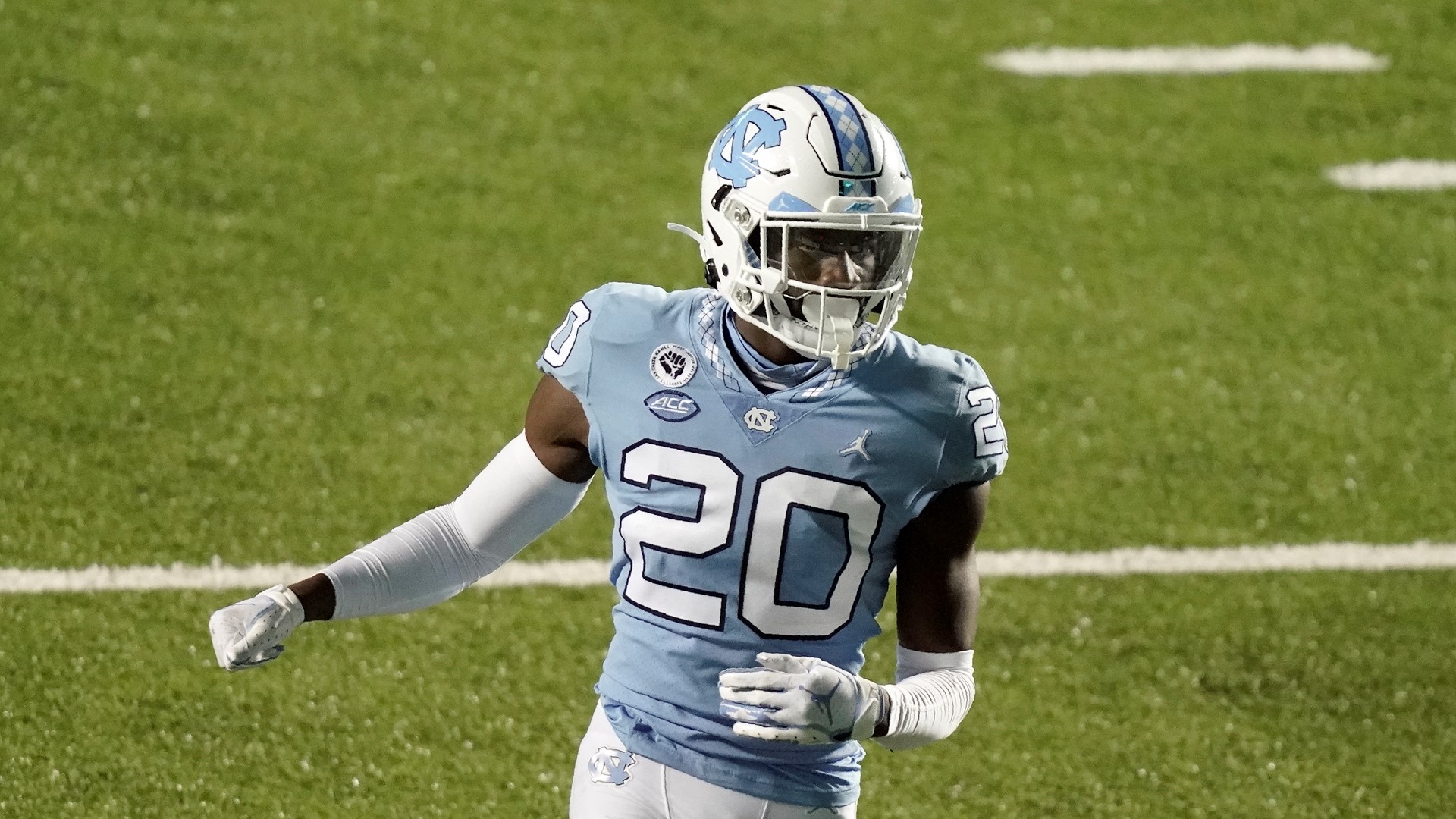 CHAPEL HILL, N.C. — All the major football schools wanted a piece of Tony Grimes coming out of Princess Anne High School and why not. He is the complete package on the football field, in the classroom and off the field.

Grimes was the ranked as the top cornerback in his high school class. He was originally going to graduate this spring but was so far ahead of the game that he graduated high school early and was on the field last fall with the University of North Carolina.

It all happened so quickly, but he handled the transition smoothly even as he says, it was totally different, "It's a huge difference, nothing like high school. You've got to come in here, you've got to get your head right real quick. Everyone is competing for a spot. Everyone is trying to get on the field."

Simple question, was their overwhelming pressure being rated as the top cornerback in the country? Simple answer as Grimes says, "Not a lot of pressure, because when you come to college, all that 5-star and all that other stuff is gone. All that highly recruited stuff is gone. You come in here and you are starting over from day one. Starting over. You get your work in, get right, get active."

Grimes played in all 12 games for North Carolina. He started the last four games of the season and finished with 4 pass breakups, 1 sack and 1 interception. It didn't take too long for him to feel comfortable, "When I knew that I could hang with the big dogs was about four weeks into our season. Four weeks into the season I felt like I got my groove back. I got my confidence. I can hang with these big boys."

He already can hang with the big boys. Once a dude, always a dude.