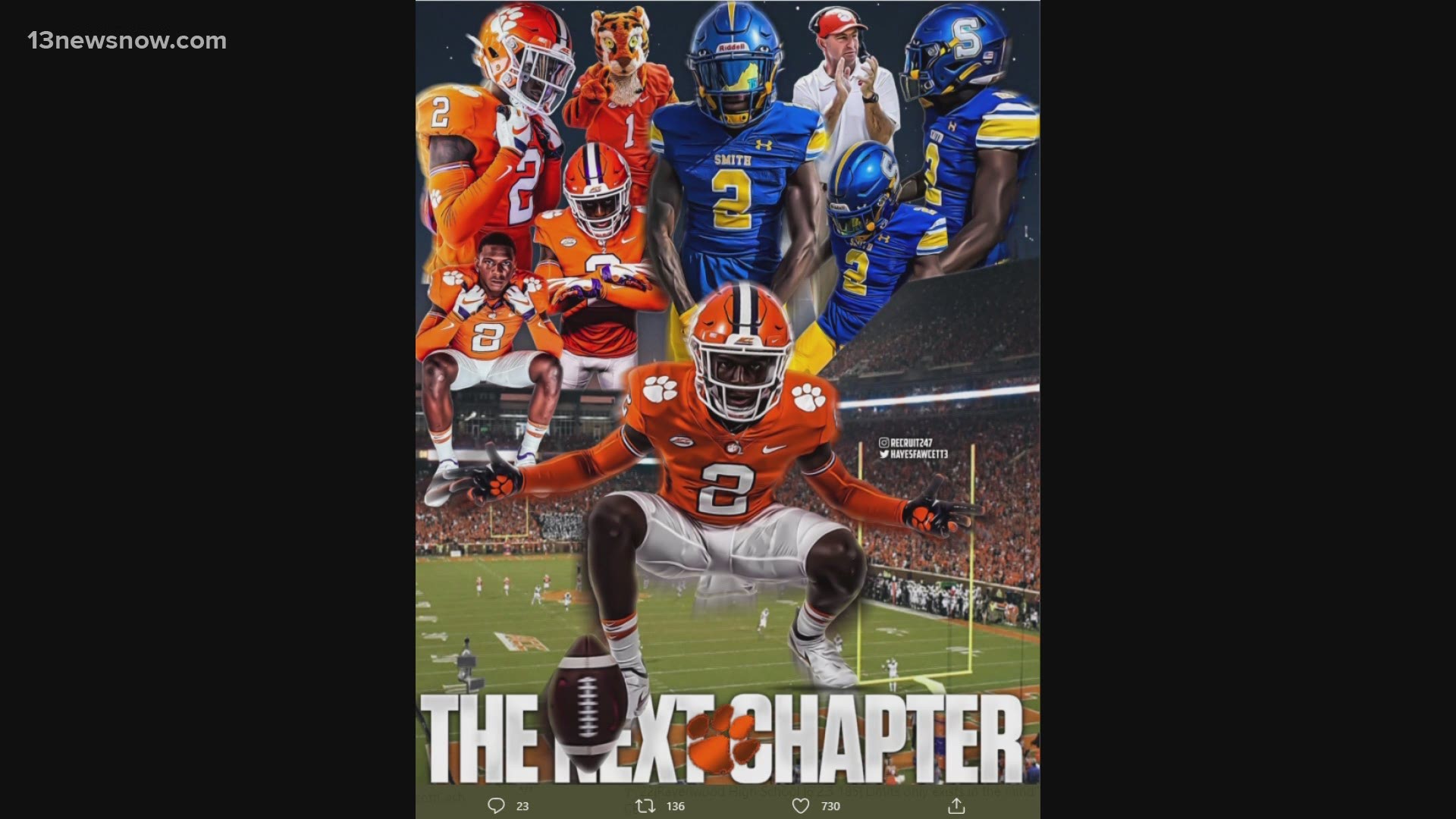 CHESAPEAKE, Va. — The first game I saw Sherrod Covil play, he hammerjacked a wide receiver with an impressive tackle and then ran back two interceptions for touchdowns. Most likely it's only the beginning of big impressions Covil is going to leave behind. In Oscar Smith's Class of 2022, Covil announced on Thursday that he will be playing his college football at Clemson.

Covil plays safety for Oscar Smith. He is a four star recruit and an Under Armour All-American. He was considering 40 scholarship offers from most of the college football powerhouses.