Tribe football all set for the real thing

William and Mary's spring schedule begins Saturday with a game at the University of Richmond. 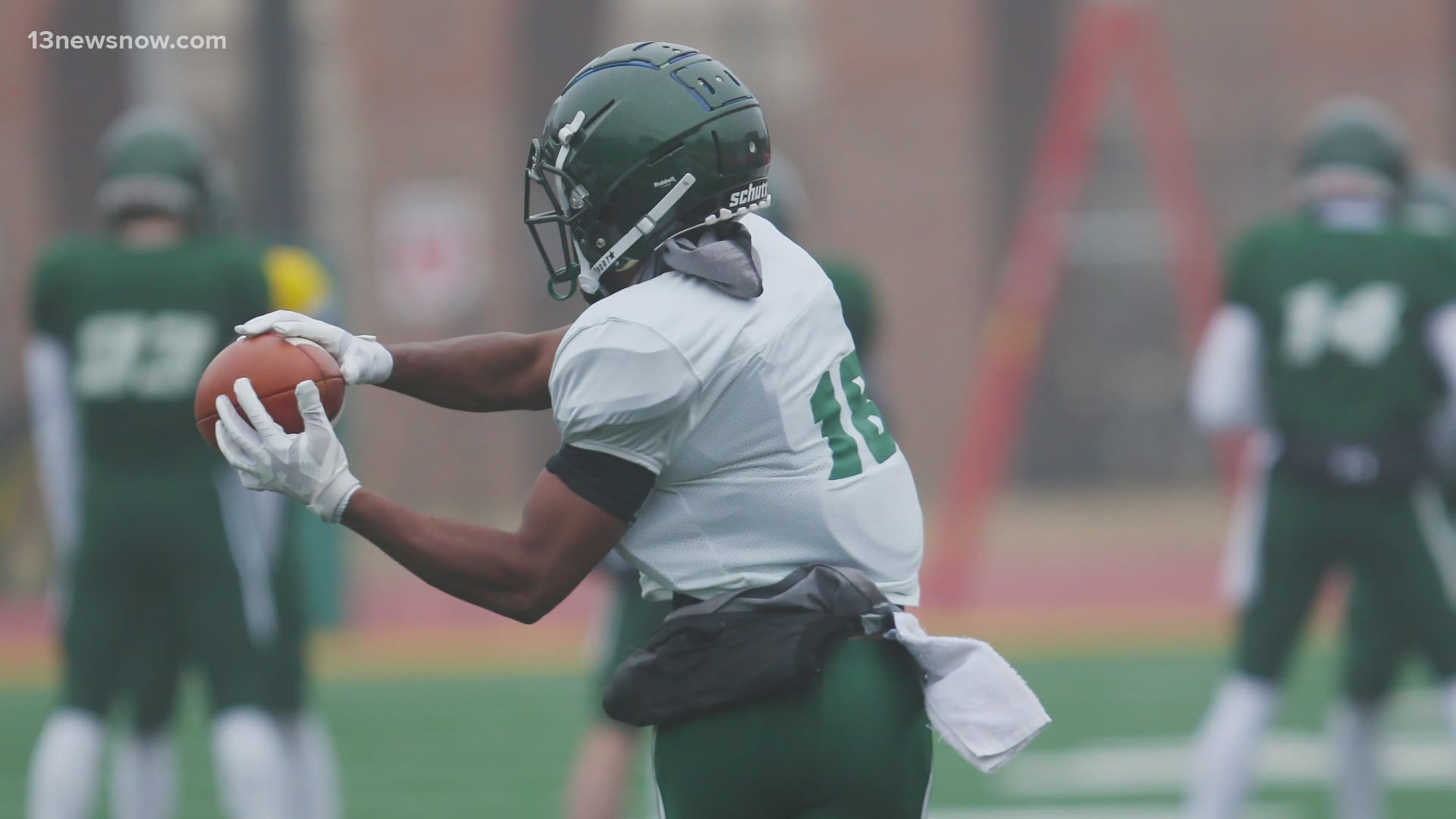 WILLIAMSBURG, Va. — William and Mary football and the whole Colonial Athletic Association is making up for some lost time. The fall football season got pushed to the spring and we're days away from the opening kickoff.

The Tribe will open up on the road at the University of Richmond. It's billed as the oldest rivalry in the South. Remember, William and Mary head coach Mike London once coached the Spiders. He says, "I've been on both sides of this for quite a long time now. It's an opportunity for our players to play their first game, to hopefully get back to some sense of normalcy and be able to compete against other really good teams in the CAA."

It will be a six game schedule. The Tribe will play Richmond, JMU and Elon twice each.

If you're wondering about the strengths of this year edition of William and Mary football, it starts in the trenches on both sides of the ball.

Also, Hollis Mathis proved to be a dynamic freshman quarterback for the Tribe in 2019. London things he's got something special, "Even in the NFL, your quarterback, your left tackle, your best pass rusher, your cover corner and dynamic receiver, you build teams around that. He's one of those guys. He's one of our best players."

Since the last games were played back in 2019, London has noticed Mathis making better progressions on each play, "What he's worked on is the second to third read and then the things that you can do, the ball out in the flat, the check downs. Those things are important to allow you to move the ball. So he's become a better student of the game."