After 12 weeks of preseason practice, the opener against Duke on Saturday has almost arrived. 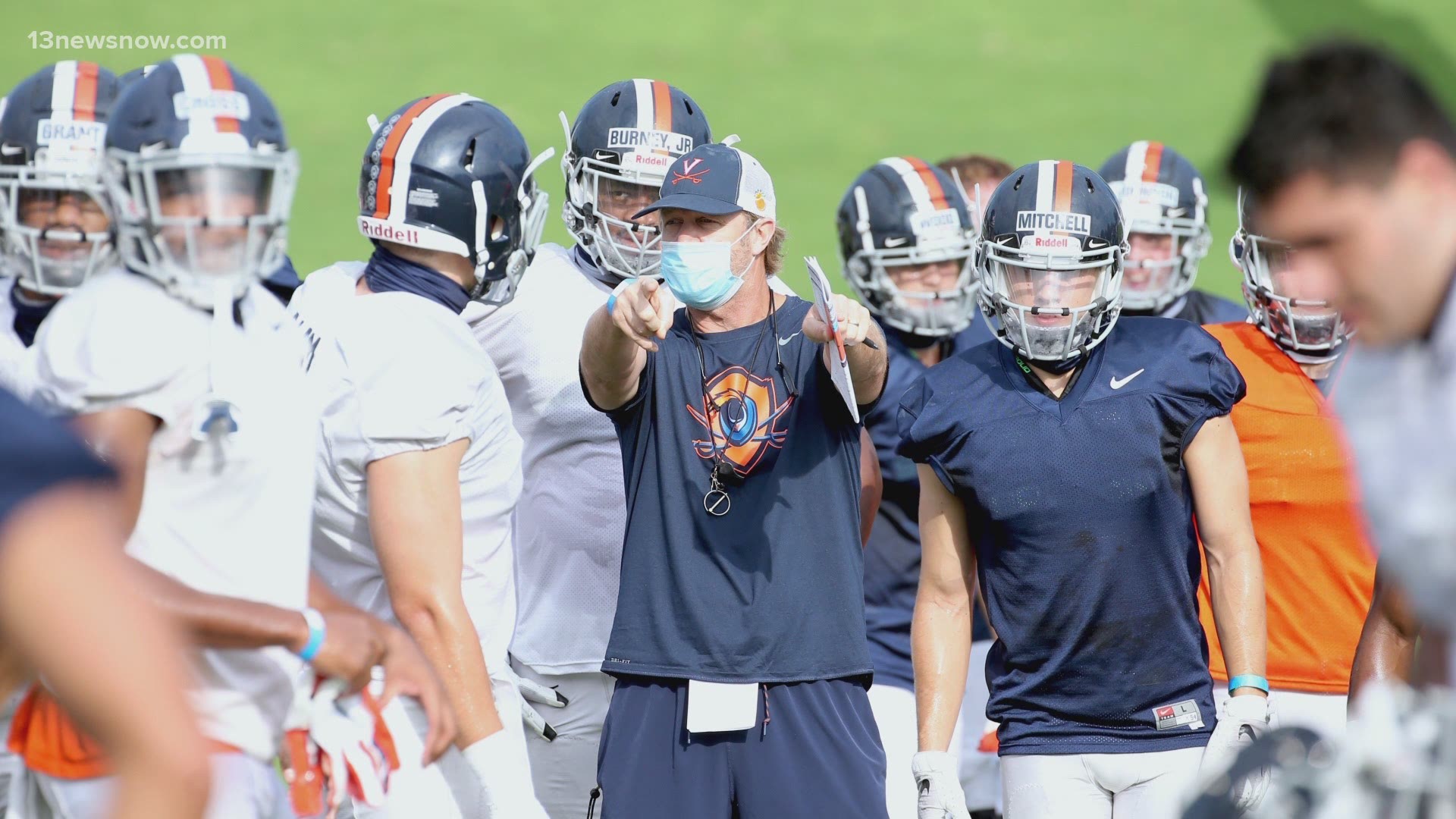 CHARLOTTESVILLE, Va. — It's almost here. Virginia is all set to finally kickoff their season this Saturday at home with Duke.

It's been 12 weeks of preseason practice and remarkably after all the Covid-19 tests, the Cavaliers can brag that they haven't had one player test positive.

As linebacker Charles Snowden put it, "I don't know if we get a ribbon necessarily, but we get to play football and I think that's a great reward in itself."

The game will be played in a mostly empty stadium. That's something that Cavalier wide receiver Terrell Jana can deal with, "I grew up playing football in Kansas. I'm used to have no fans at my games. For me, it's going to be kind of normal."

When it comes to the matchup, Duke has already played two games and lost them both. But, that is two games of experience that UVA does not have. Cavs head coach Bronco Mendenhall says the one strategic advantage is Duke doesn't have game tape on UVA and in particular the new quarterback, Brennan Armstrong.

Armstrong is the guy after Bryce Perkins, who had one of the most prolific seasons of any UVA quarterback last year.

When it comes to the game, does Mendenhall know what to expect from his team? Not exactly, but he did say this, "I can say what I'm hopeful to see. I hope they play with passion, enjoyment and enthusiasm and energy in a celebratory manner just to play the game."