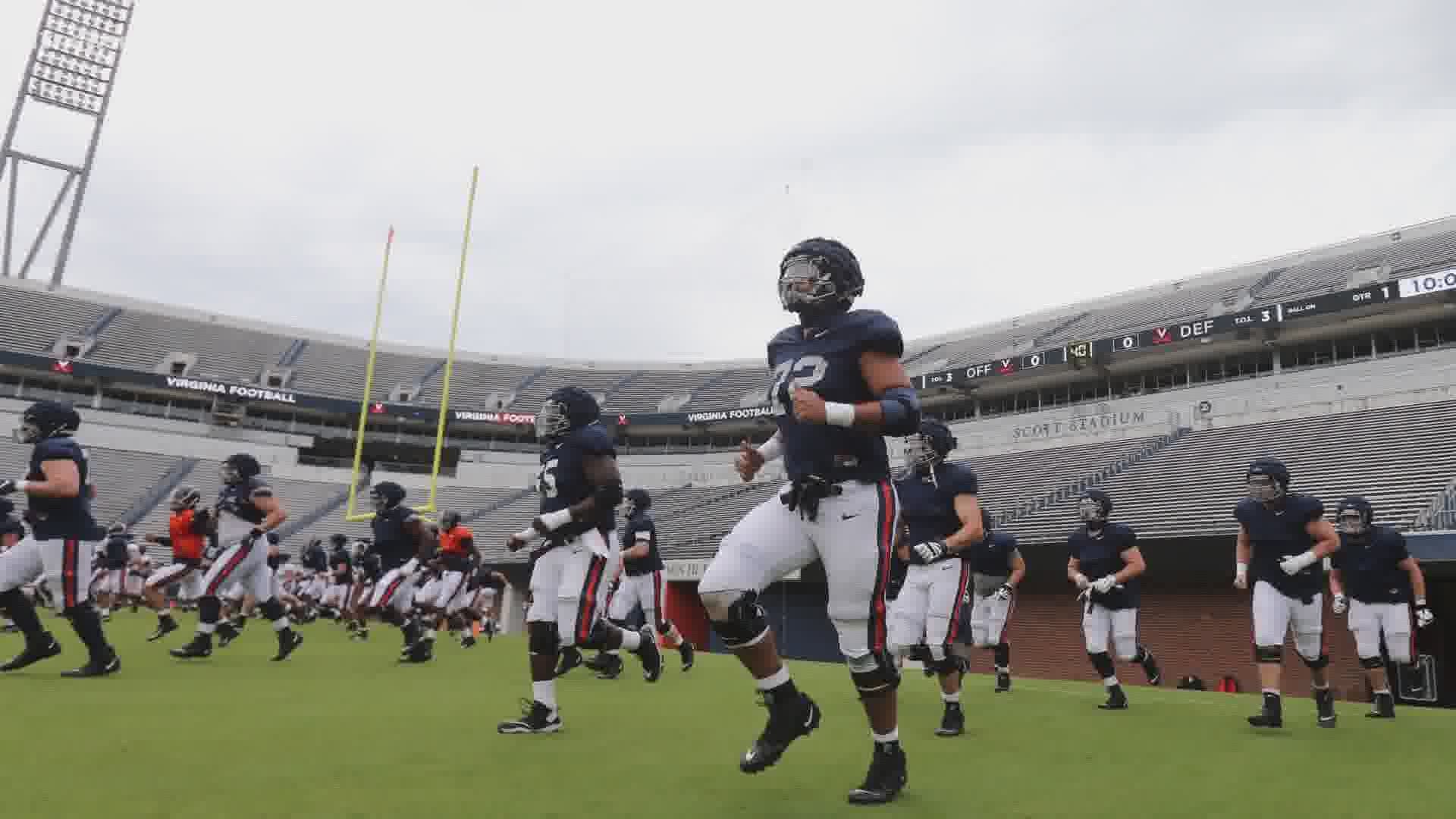 CHARLOTTESVILLE, Va. — At last check the ACC still plans on football games being played this fall. If that happens, UVA will be ready. The Cavaliers continue preparing in summer camp.

The schedule was supposed to open up with a game against VMI. The Keydets are not playing football this fall. On Friday, Cavaliers head coach Bronco Mendenhall says it's unlikely any game will be scheduled to make up for the the loss of the VMI game.

So, as it appears now Virginia will open up the season on the road in Blacksburg. It will be the first time since 1970 that UVA and Virginia Tech will meet in the first game of the season.

When UVA does play its home games there will only be 1,000 fans allowed in the stadium. The players and coaches families will take up most of those seats.

When it comes to summer camp and how practice is run, it's something completely different than normal. As Mendenhall says, "I've never run a practice structure like we're currently running. They're really is nothing about our program that looks the same as what a normal organization looks like. I've erred really, really far on the side of caution and safety. At some point, we're going to need to be able to add enough football to be ready to play."