Head Coach, Bronco Mendenhall spoke about how his team has been adjusting the current pandemic. 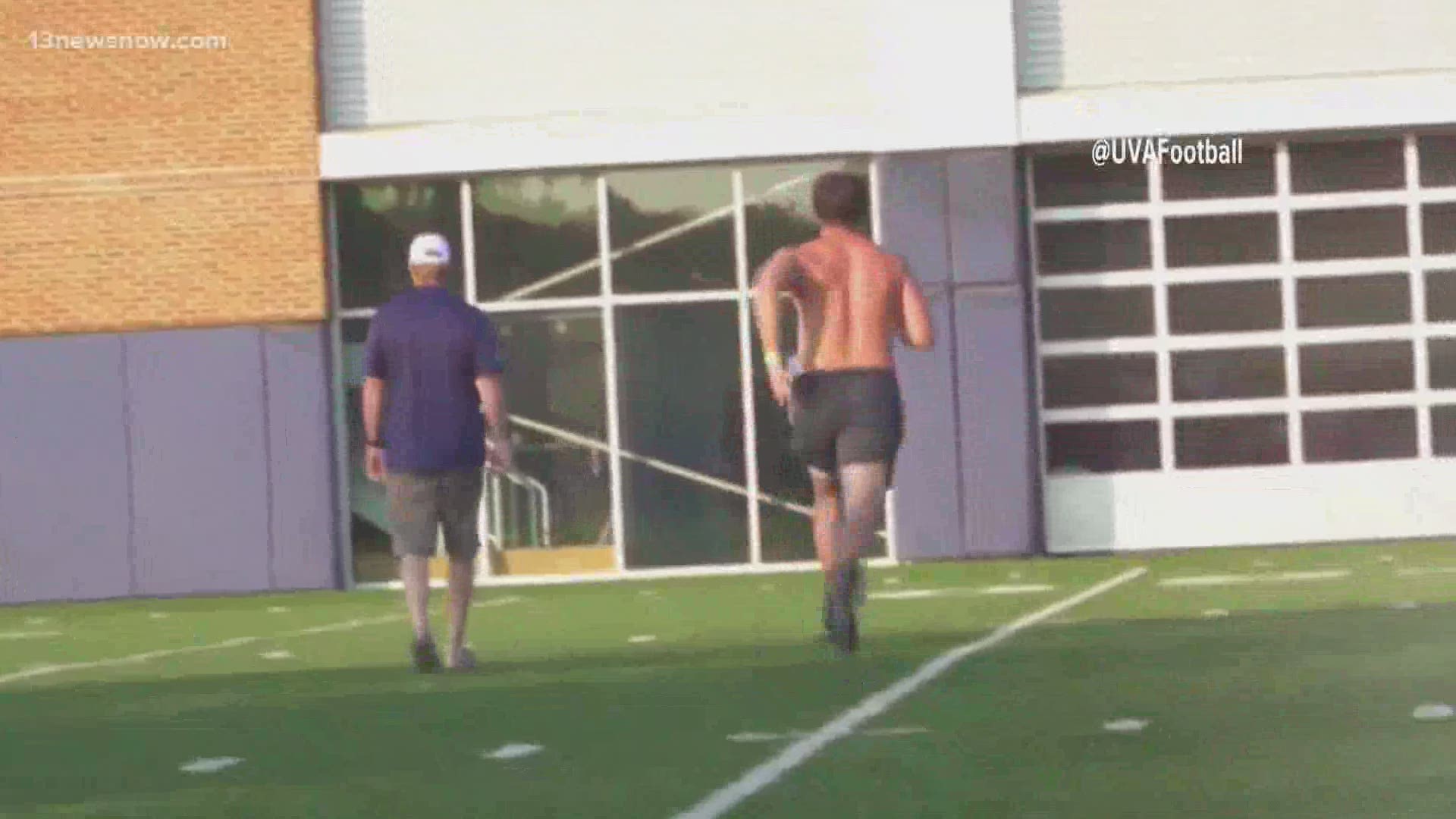 CHARLOTTESVILLE, Va. — Plenty of optimism for the Virginia Cavaliers for this upcoming college football season. The Hoos coming off their highest win total of 9 for the first time since 2007. There will be plenty of new faces around the ball as UVA rebuilds. They do so with an amended schedule. Gone is their game with Old Dominion for starters. Instead of playing archrival Virginia Tech on Thanksgiving Day weekend, it'll be the second game of the season on September 19th. Head Coach, Bronco Mendenhall sees that as a good thing. "I think maybe gives a sense of hope and optimism to our state to the Commonwealth and maybe the college football", he says.

Then there's the matter of what all college programs are dealing with these days with the Covid-19 outbreak. Since their schedule game out, Mendenhall says its made being quarantine manageable. "They saw the dates and when they saw the opponent's they said that just made the bubble easier", he said. "So life in the bubble is mundane. It's monotonous. They're doing a lot of the same things. They're masking. They're social distancing. They're quarantining. They're staying inside and like all of us they're wrestling and struggling with that."