Evan Beck finished at 10 under par and a one stroke win on Sunday. 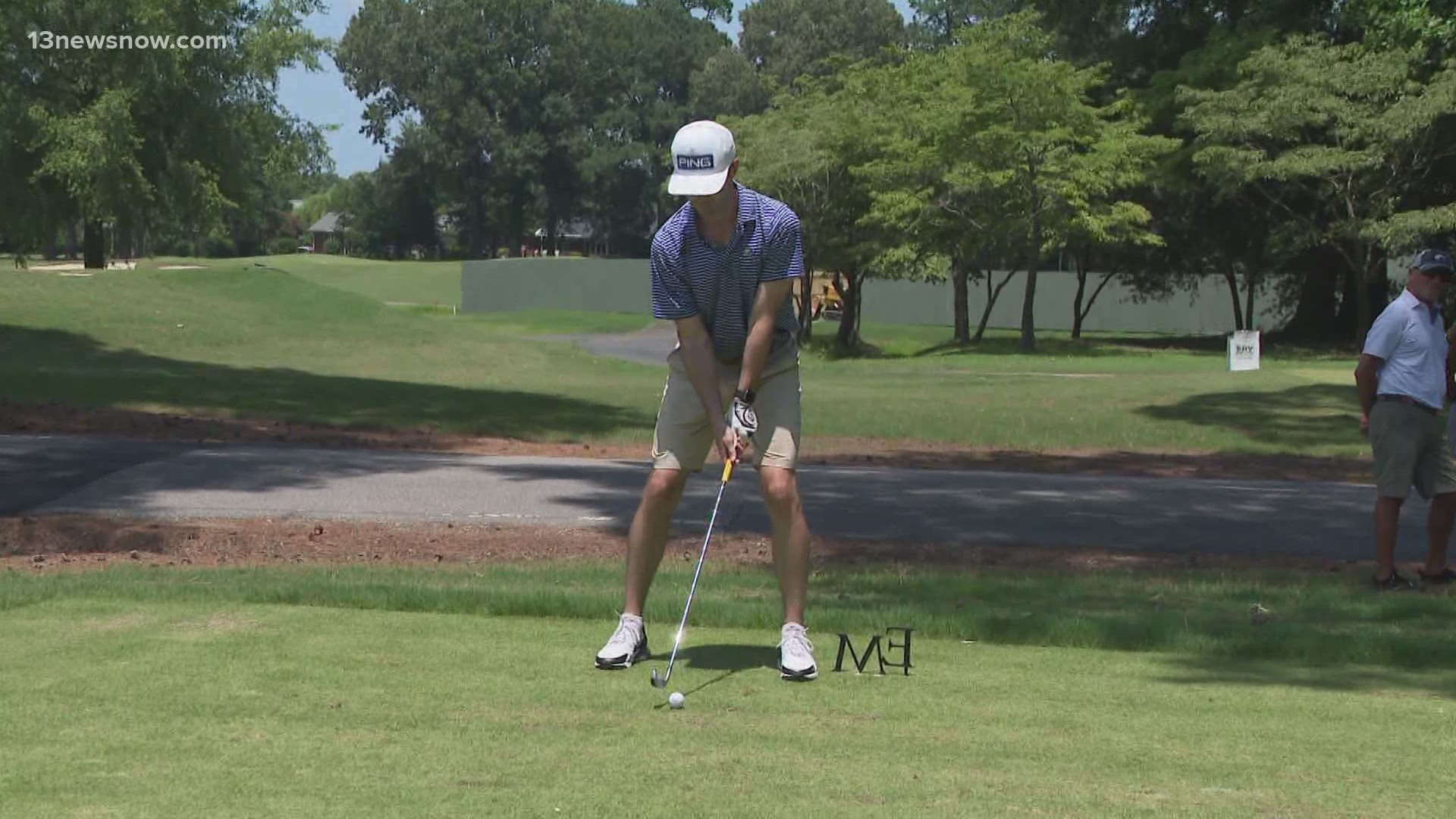 PORTSMOUTH, Va. — Evan Beck's final day at the 64th Eastern Amateur took on the approach of the oath of a U.S. postal carrier. You know the line that says, "Neither snow nor rain", etc.? Not even a 70 minute weather delay could stop the 30 year old as he fired a final round 3 under 67 to finish at -10 and a one stroke win on Sunday.

The former Norfolk Academy and Wake Forest All-ACC golfer, topped Alex Heffner of Davidson who finished 2nd at -9, while incoming Virginia Tech freshman, David Stanford who came in third at 8 under at Elizabeth Manor Golf and Country Club. Christopher Newport's, Robb Kinder, who had at least a share of the lead through three rounds wound up 5th at 6 under.