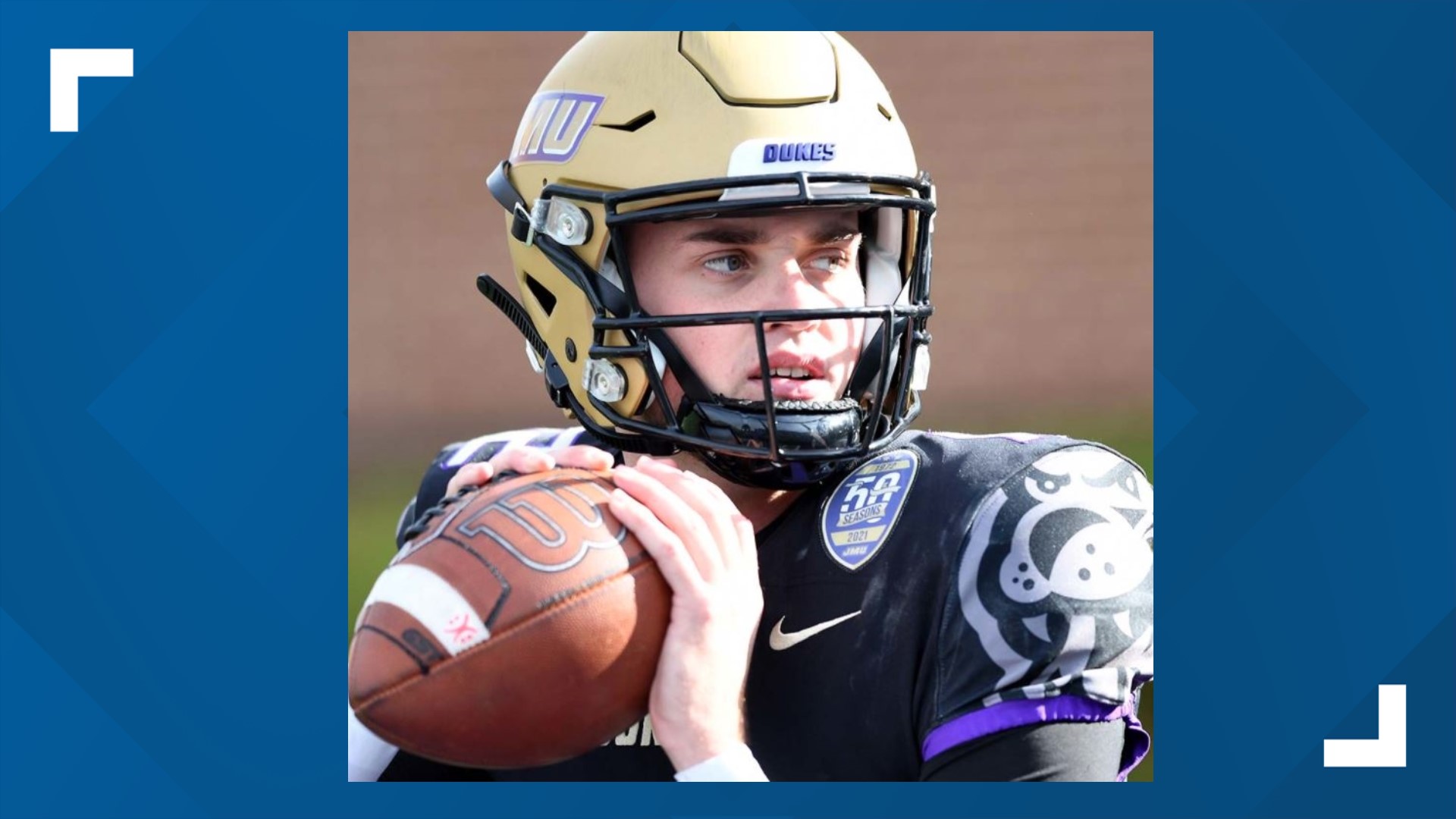 HARRISONBURG, Va. — Cole Johnson matched his school-record of six touchdown passes and James Madison beat Towson 56-10 on Saturday as the Dukes finished in a tie for the Colonial Athletic Association title.

The Dukes (10-1, 7-1), ranked No. 2 in the FCS, share the league title with Villanova, which handed the Dukes their only loss, 28-27, this season. It’s the sixth conference title in seven years for JMU.

Johnson ties his own single-game record of 6 TD passes, finding Vanhorse in the corner of the end zone!#GoDukes pic.twitter.com/ycC6x50uJ1

Johnson’s six touchdowns gave him a school single-season record of 32. Three of them went to Antwane Wells Jr., — a career-best for Wells — who had nine catches for 107 yards. Kris Thornton had 116 yards on five catches, including an 83-yard score — a career-long connection for both Thornton and Johnson.

Johnson finished 21 of 25 for 363 yards. Solomon Vanhorse ran back the opening kickoff for a 94-yard touchdown.