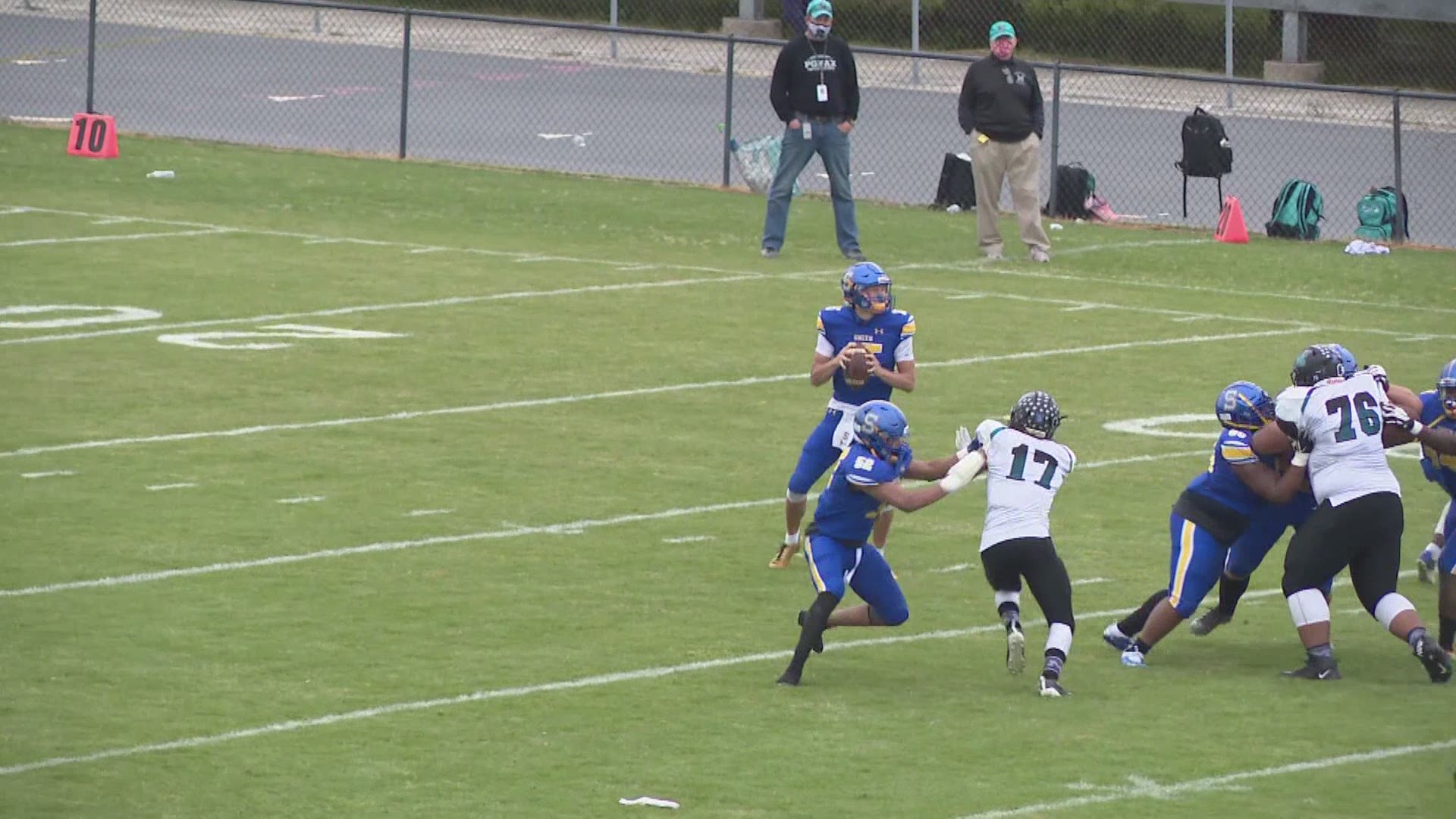 Three area high school programs with winning traditions are are hoping to add to their trophy cases on Saturday as they host VHSL football state championship games.

In Class 6, Oscar Smith takes on the defending state champions, South County. They are the champs because they beat Oscar Smith by a point in the final.

The Tigers have two state titles to their credit with the last being in 2011. They have been to the finals five times since then and have come up short. Getting close is getting old, but head coach Chris Scott keeps it in perspective, "The way that we have worded it with our guys and the stuff that's been on their scouting report, kind of our mantra is that if you want something that you've never had before, you've got to be willing to do things you haven't done before."

When asked about his pre-game speech, Scott responded, "If you've watched us, our guys don't need too much of pep rally speeches. They're already turned up. It's hard to turn them down."

Lake Taylor is the defending champion in Class 4. They host Salem from the Roanoke area. Salem has won 9 state titles. The Titans have 3 in the last decade and head coach Hank Sawyer talks about making it back to back, "It's a different team. It's not the same team as the last championship. Some people have graduated and some have gone on to college. Back to back, that's the extra stuff that people want to brag about."

Lafayette has one football state championship and it came 20 years ago. The Rams host Lord Botetourt. Lafayette has made it a habit of getting to the playoffs, but seeing their season derailed in the post season. Head coach Andy Linn thinks this group has the right ingredients, "I stress with every kid that gets in the program that we're a family. We're more like a family than a team. Cutting up at practice and while we're stretching. They get down to business when they need to get down to business."