While he begins his 3rd season with the Vikings, the Norfolk native talks about being a father in times of social injustice around the country. 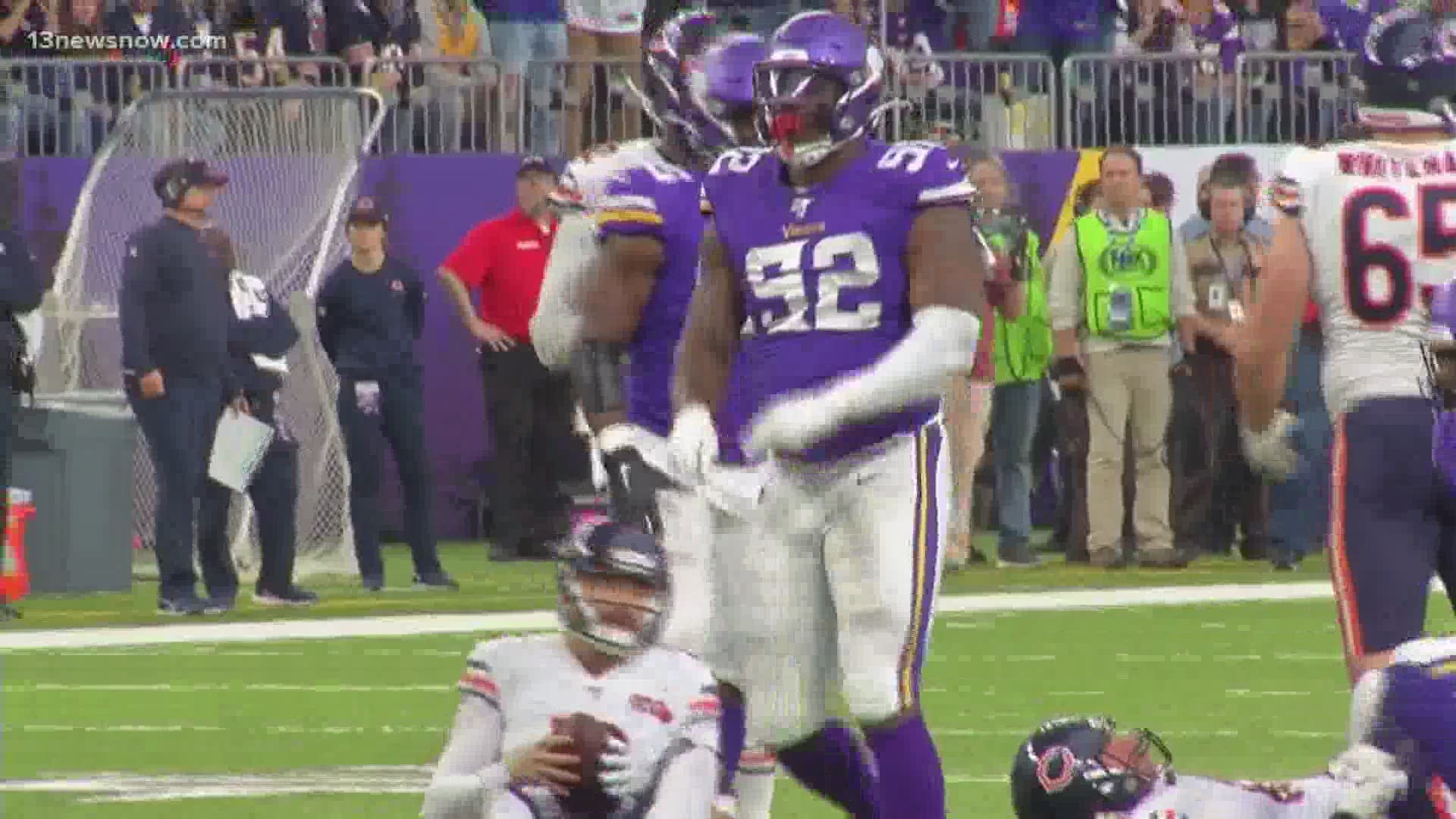 NORFOLK, Va. — Jalyn Holmes now enters his third season with the Minnesota Vikings. The Norfolk native knows there will be lots to prove this upcoming season as a defensive lineman. "I got a lot of pressure on myself", he says. "I'm trying to get ready for that. I'm just doing whatever I've got to do to get the job done."

As Vikings camp gets underway, Holmes had to prepare a portion of his offseason during a pandemic. He actually didn't have to use his own personal vehicle like Washington linebacker, Ryan Kerrigan.

The former Lake Taylor Titan also plays in a city that is no longer known as a just a sports town. Over two months ago, it became the center of social injustice around the world with the death George Floyd by Minneapolis Police. Holmes says this one instance is nothing new in the black community. "This is not the first time we seen a black man get killed on camera. It's not a first-time of police officers killed unarmed black man. It's constantly happening. We have to do the real things that's going to change this matter."

A first time father, the 24 year old can't help but think what the future could be as he raises his son, Jalyn, Jr.. "I'm terrified", he says. "I'm terrified now for myself. It's a scary thing to think about, but hopefully things change. I have to do my part as his father to continue to educate him as he grows up."