Chesapeake's Wright among 7 to be enshrined in the 2020 Va. Sports Hall Of Fame

Former Mets third base, David Wright, was a 7-time MLB all-star in his 14 year career. 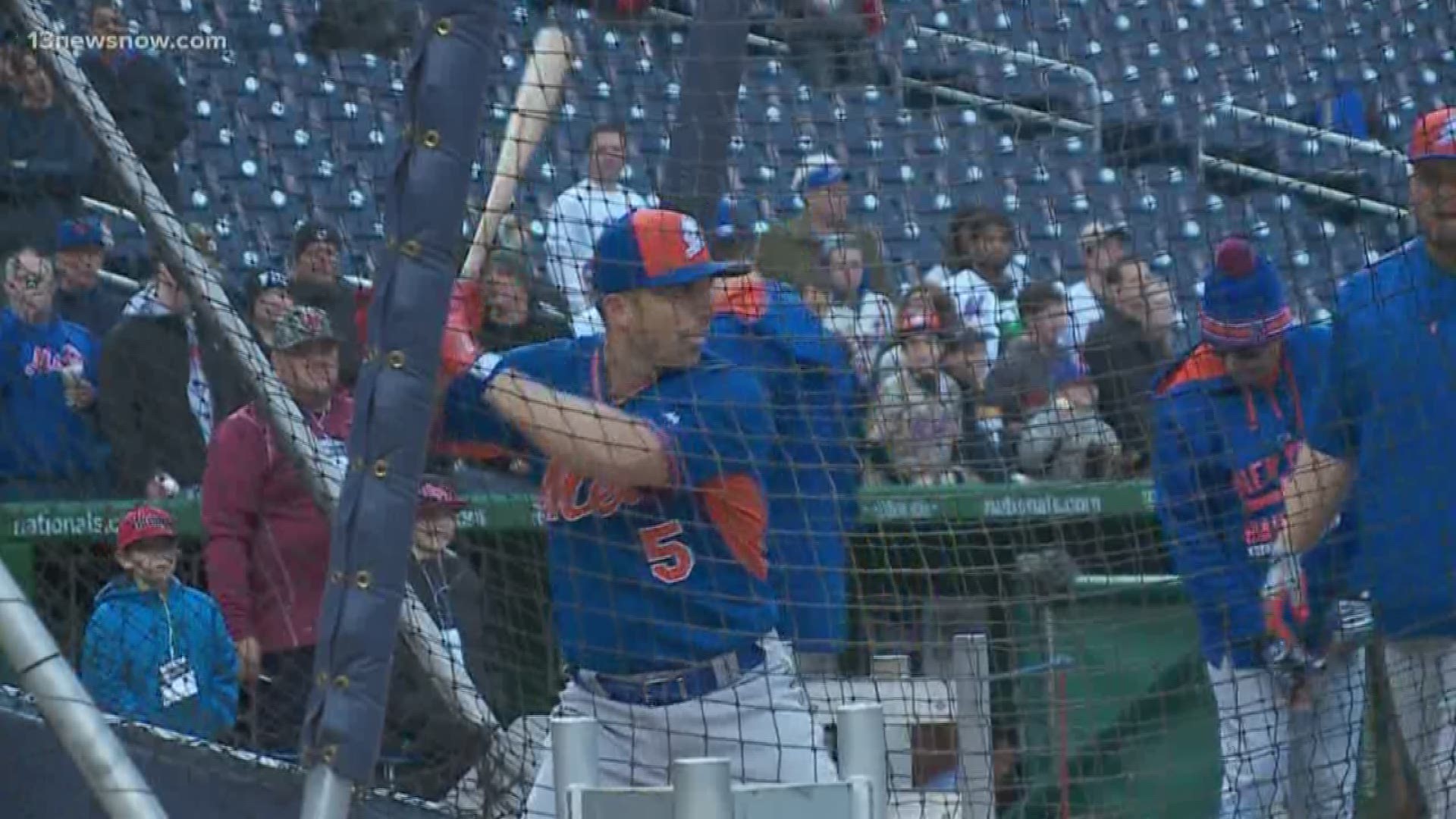 VIRGINIA BEACH, Va. — Another talented class will be entering the Virginia Sports Hall Of Fame in 2020. They include two former major league baseball players, a women's college basketball great, an NFL wide receiver and an olympian.

Charlottesville's Mike Cubbage spent almost a half century in professional baseball. Drafted out of the University of Virginia in 1971 by the Washington Senators, he played 8 seasons in the majors, before embarking on a post playing career that has taken him from the dugout to the executive box. Cubbage has served as base coach, bench coach, manager, scout, and most recently as a special assistant to the General Manager of the 2019 World Series Champion Washington Nationals.

Tracy Saunders had an incredible basketball career at Norfolk State. The Suffolk native would be named 3-time All-Conference, 2-time AllAmerican, the 1991 NCAA Division-II Player of the Year, and the 1991 Honda Award recipient, recognizing the top female athlete in all sports in Division-II. Saunders finished her career with 2,084 points and 978 rebounds, leading the Spartans to a four year record of 95-25. Saunders has previously been honored by the Norfolk State Athletics, the Hampton Roads Sports, and the Hampton Roads African American Sports Halls of Fame. Her #10 jersey is retired by NSU.

Al Toon of Newport News was a standout at Menchville High School and at the University of Wisconsin-Madison where he also ran track. Drafted 10th overall by the New York Jets in the 1985 NFL Draft, Toon would catch 517 passes for 6,605 yards, and 31 touchdowns over an 8-year career, all with the Jets. A 3-time Pro-Bowl and 3-time All-Pro Selection, Toon was named the AFC Player of the Year in 1986. Toon was named to the Jets AllTime Four Decade Team in 2003, and the team’s Ring of Honor in 2011.

Lawrence Johnson began his track career at Great Bridge High School in Chesapeake as a sprinter, but made the switch to pole vaulting his freshman year. He would take off from there. . Johnson placed in the high school division at the 1992 Penn Relays, and continued that success at the University of Tennessee. The 6-time SEC, and 4-time NCAA champion, Johnson was named the 1996 NCAA Athlete of the Year. Johnson enjoyed success on the international stage, competing in two Summer Olympics, winning a silver medal in Sydney in 2000, becoming the first African-American pole vaulter to medal in an Olympic Games.