Virginia Beach's Armani Chatman is feeling comfortable on the defensive side of the ball for the Hokies. 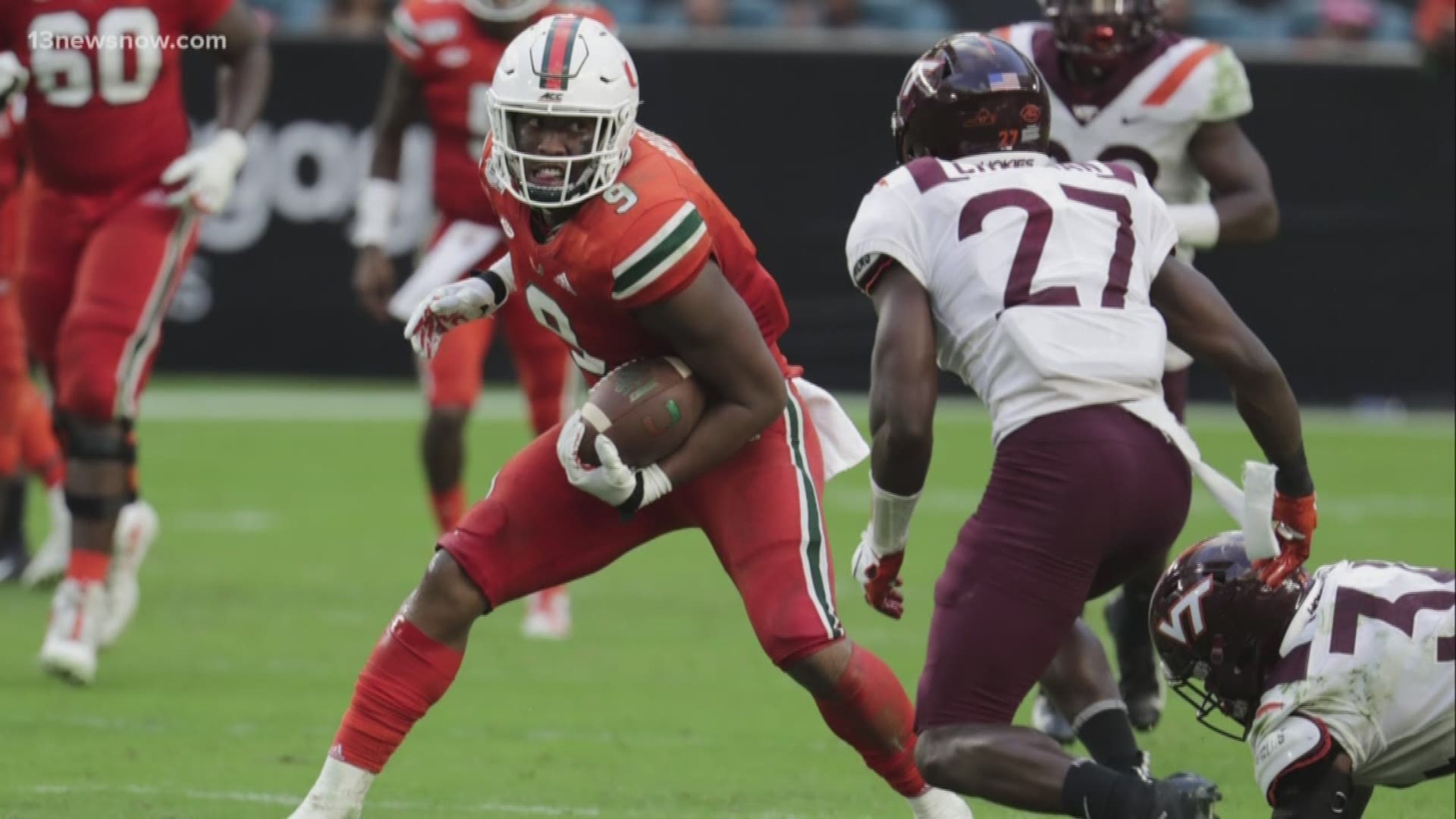 BLACKSBURG, Va. — It was just a couple of years ago, Armani Chatman was one bigger names offensively in the area for the Bayside Marlins and later at now Catholic High School. Now at Virginia Tech, the redshirt freshman now has a new role with the Hokies as a defensive back. The transition has been a good one. Last weekend in Virginia Tech's 21-20 loss to #16 Notre Dame, Chatman had four solo tackles. He's expected to start in Saturday's game against 19th ranked Wake Forest, and comes into this week with an open mind. "I'd rather play defense and help this team wins", he says.