We talk rotating quarterbacks, underdogs and surprising seasons leading up to Bucs game. 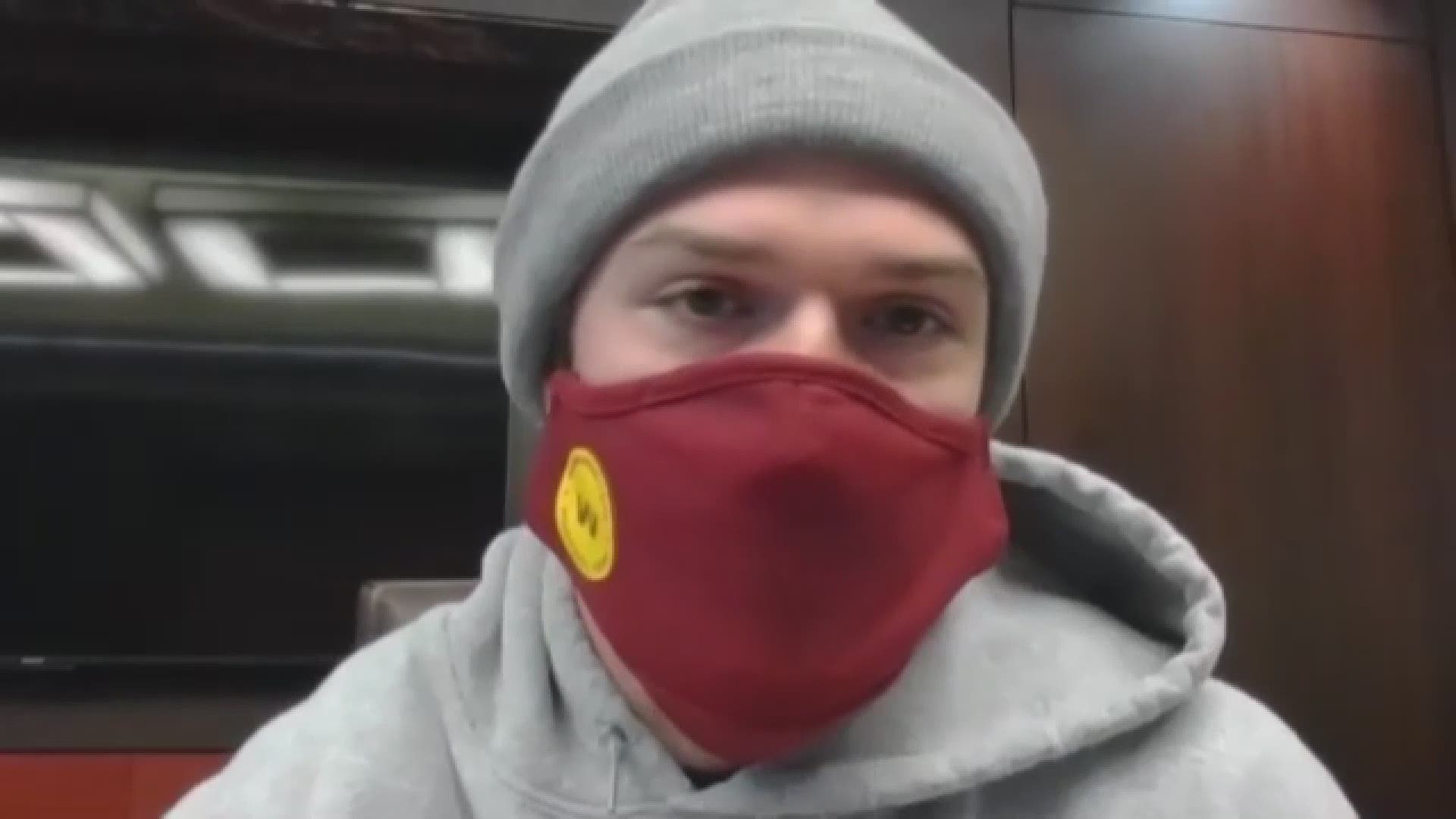 ASHBURN, Va. — There's been a lot of "Why not us," talk in the Washington interviews this week. Why not indeed. Not too many people thought they would have much of a chance at the postseason when this year began. Yet here they are ready for a Saturday night kickoff at FedEx Field against Tampa Bay in first weekend of the NFL playoffs.

We could see a quarterback rotation for Washington depending on Alex Smith's injury status. ODU great Taylor Heinicke is ready. He was out of football and taking final exams back at his old school before he got the call to come back last month. Heinicke is trying to process it all. He says, "I'm just trying to make the best out of it. I don't know if this is going to be the last game or next game is going to be the last game. I just don't know. So, I'm treating every day, I'm trying to enjoy it, give it all and really soak it in. It's something special that's going on here."

Heinicke has been taking reps with the first team in practice all week. It also helps to have Smith's veteran presence. Smith says this week is not a whole lot different in the classroom, "As a quarterback group, we do it all together anyway. The conversation is open and fluid. Half the time, I'm bouncing things off those guys."

Tampa Bay is a heavy favorite, but for Washington wideout Terry McLaurin, nothing surprises him. He remembers what it was like at the beginning of the season in Ron Rivera's first year as head coach, "Coming into the season, I didn't really know what to expect, especially when you sprinkle in what everybody's been going through with the pandemic.  We had a lot of challenges, but one thing I feel like, we never made excuses."