The players formed a circle to the sound of the Black National Anthem “Lift Every Voice and Sing.” 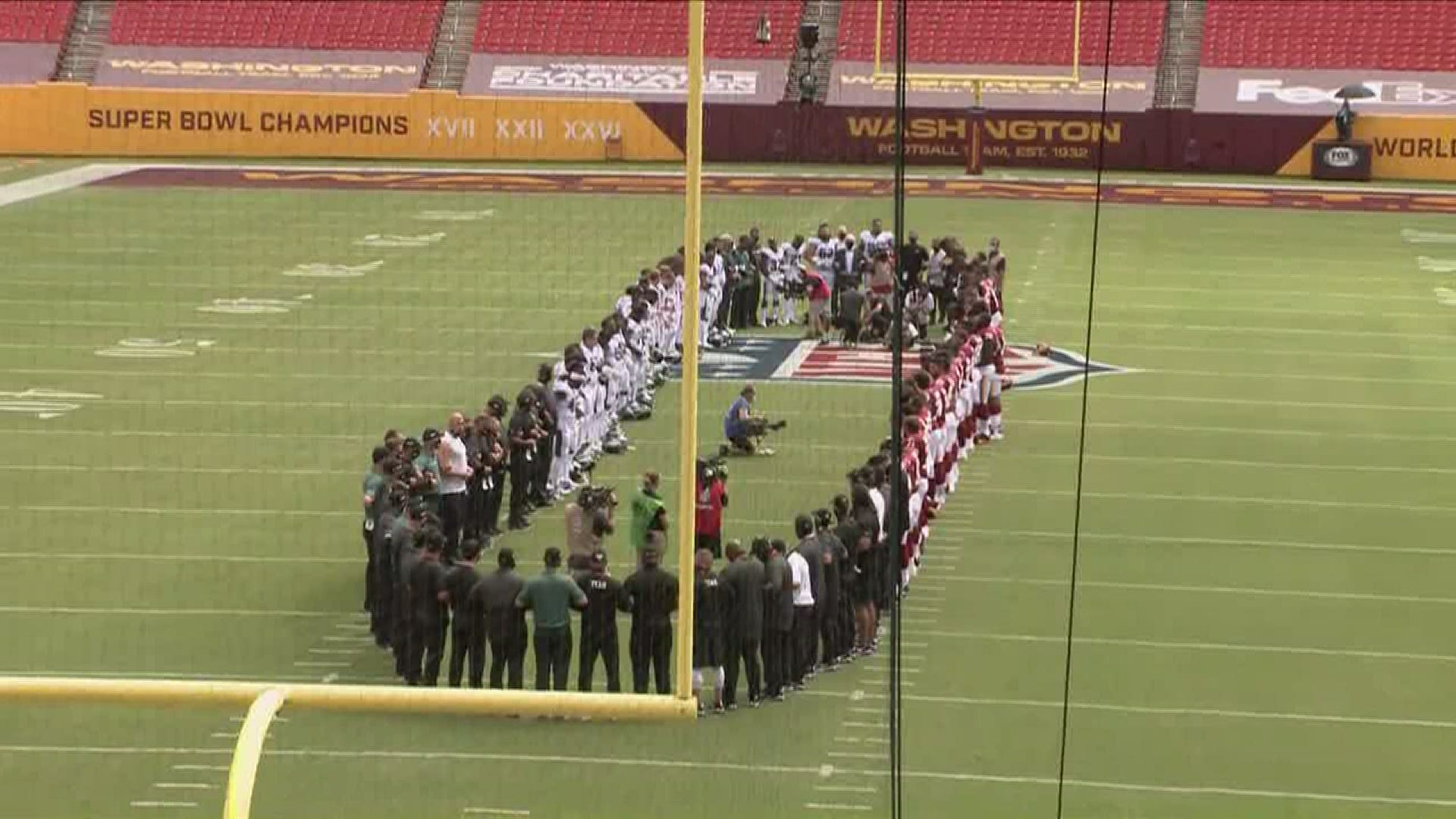 WASHINGTON — The Washington Football Team started their season Sunday by locking arms with their opponents, the Philadelphia Eagles, during the pre-game to bring awareness to racial inequality.

The game kicked off at 1 p.m. at FedEx Field as the team fielded new changes, like an empty stadium and a new name.

The players formed a circle to the sound of the Alicia Keys singing the Black National Anthem, “Lift Every Voice and Sing" on the monitor. Following the anthem, names of those killed in police shootings were also listed in the monitor display while players from both teams kneeled on the sidelines.

Some Washington Football Team players raised their fists as the Eagles stayed in the locker room during the National Anthem.

This came after the players sported tee-shirts saying “End Racism” and "It Takes All of Us" during their warm-ups, which players have worn across the NFL as seasons start back up.

Washington Football Team players also wore the names of victims of police brutality and racial injustice on the back of helmets during Sunday's game. Quarterback Dwayne Haskins requested to wear the name of Davon McNeal, an 11-year-old fatally shot in Southeast D.C. on July 4 as he headed to an anti-violence cookout.

It takes all of us. #BlackLivesMatter pic.twitter.com/d8MDxGubnt

The tributes come after a league-wide effort to call attention to racial injustice for the 2020 season. Simultaneously, Falcon and Seahawks players took a knee during their kickoff return game.