Washington Football Team ramps up methodically in camp during the pandemic 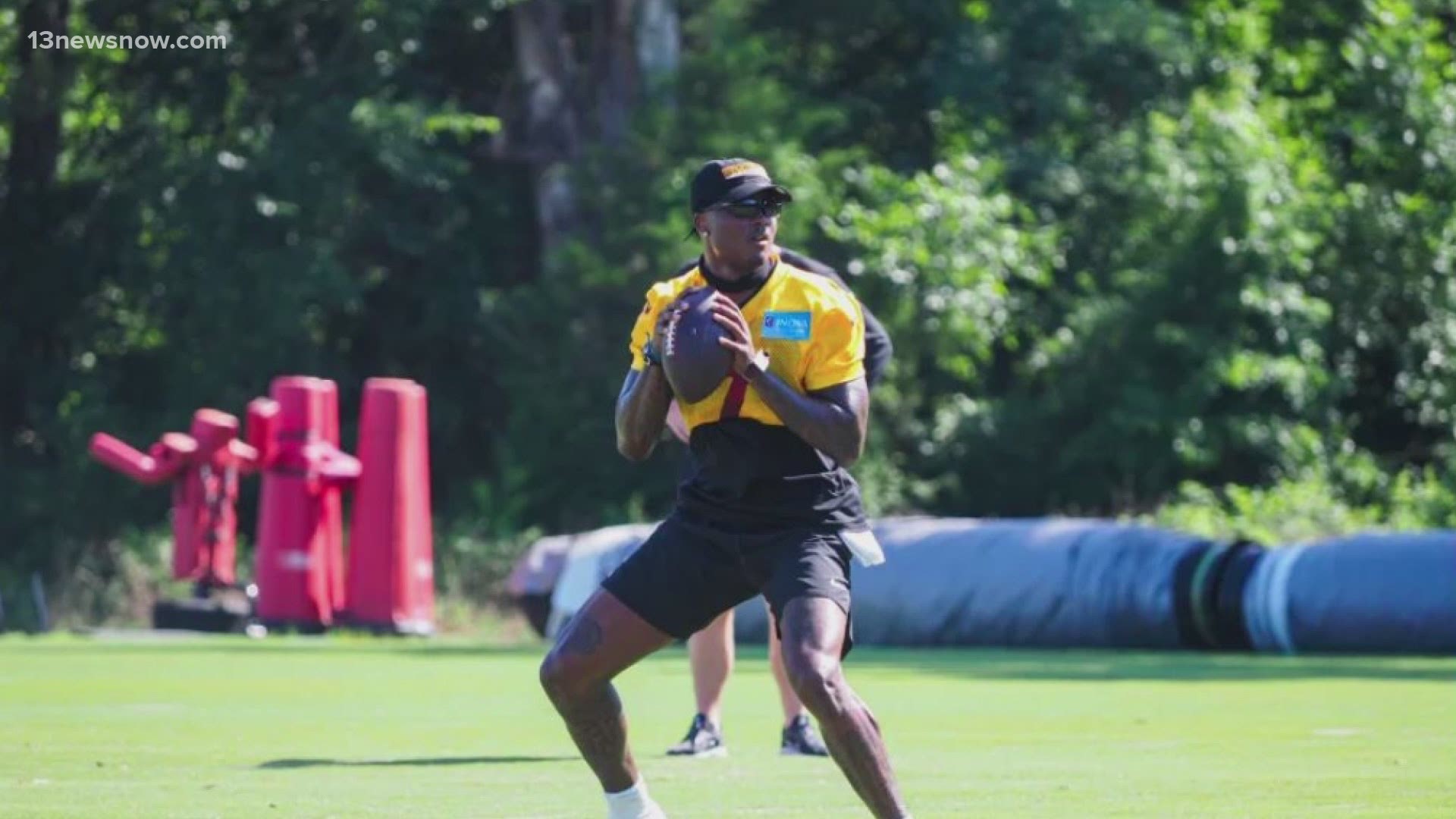 ASHBURN, Va. — Steady as she goes is the best way to describe training camp for the Washington Football Team and all of the NFL.

Washington's veterans reported to camp on Tuesday to join the rookies, quarterbacks and players returning from injury who reported last week.

There are 80 players on the Washington roster.

Right now is called the acclimation period as all teams do a methodical buildup to a more involved practice environment.

As head coach Ron Rivera puts it, "We're going to have probably a good two and a half weeks of work that I feel simulates the OTA process, which I think is good because it gives us the opportunity to work on base fundamentals."

Alex Smith is still on the physically unable to perform list, but he is definitely getting in some time and Rivera is impressed, "He's looked good, he really has. To be honest, I was pleasantly surprised to see how far along he is. It's been exciting to watch his progression."