Washington Football Team: That's a wrap on the season

The players have cleaned out their lockers, so it's time to talk about what happened this year and what's next. 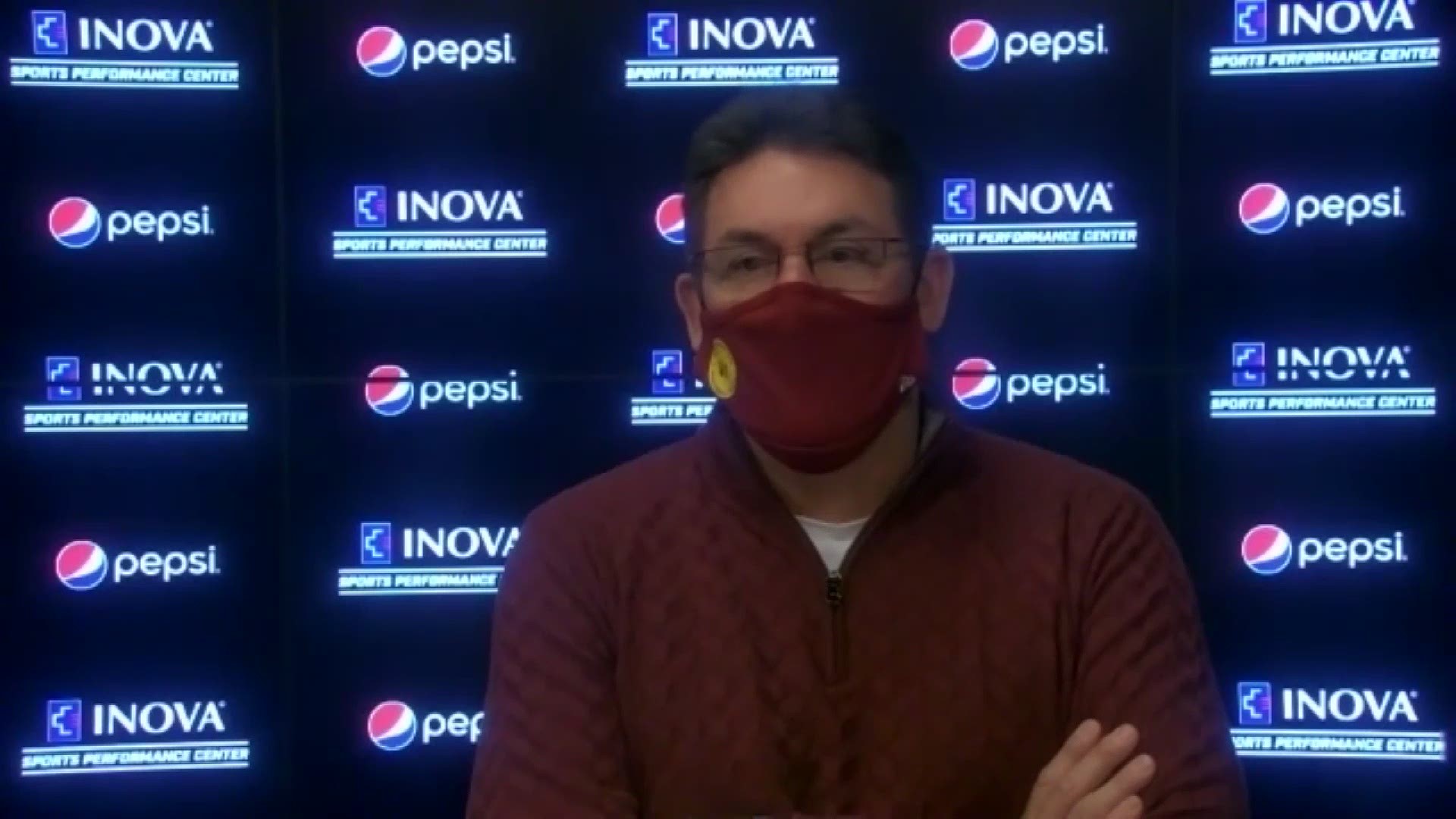 CHANTILLY, Va. — There was turmoil in the organization, there was a name change, there was a pandemic and there was a playoff game. That's a quick summary of the 2020 season for the Washington Football Team.

We'll focus on what happened on the field here. This is a team that won just three games in 2019. Head coach Ron Rivera came on board with the primary goal to change the culture. Part of that culture change is a winning attitude. Rivera mentions what was behind the success this season,  "That we'll show up and we'll play hard and I think that's important because when you do that, you pretty much tell everybody we're getting it, we're doing what we need to, we're doing things the right way."

In Chase Young's mind that culture change showed up in the locker room and on the field. He counts the reasons for their success, "Love for the game. Love for one another. I feel like we really have passion for the game."

Looking forward, Rivera sees his job as keeping this train headed in the right direction, "The key to it really will be the way we come back and we approach the upcoming season. If we come back fat and lazy we're going to get the crap kicked out of us. It's that simple."

Obviously the defense is the solid foundation. There are questions about the offense going forward. The biggest question is what are they going to do about the quarterback situation. Alex Smith and the team need a little time to determine his future. Smith certainly enjoyed being back,  "To be back in the locker room to be on the field with the guys, to be playing a game I love and to lose yourself in it, it's one of the greatest feelings in the world. You cannot duplicate it outside of here."

After his impressive #SuperWildCard Weekend performance, Taylor Heinicke was the second highest-graded offensive player according to @PFF!

Then there is Taylor Heinicke. One game does not a career make, but it can be a really good starting point. Heinicke spoke after the playoff game with Bucs, "Everything that's happened in the past month and half and to go out there and do that, I'm proud of myself and I'm happy that coaches gave believed in me and gave me the opportunity. Hopefully I can do it again next year."

In the meantime, it's back to ODU to finish off those final exams, just in case.