A Look Back: When the Washington Bullets became the Wizards

The NBA's Washington Bullets became the Wizards after former team owner Abe Pollin voiced concern that the squad's name was too violent. 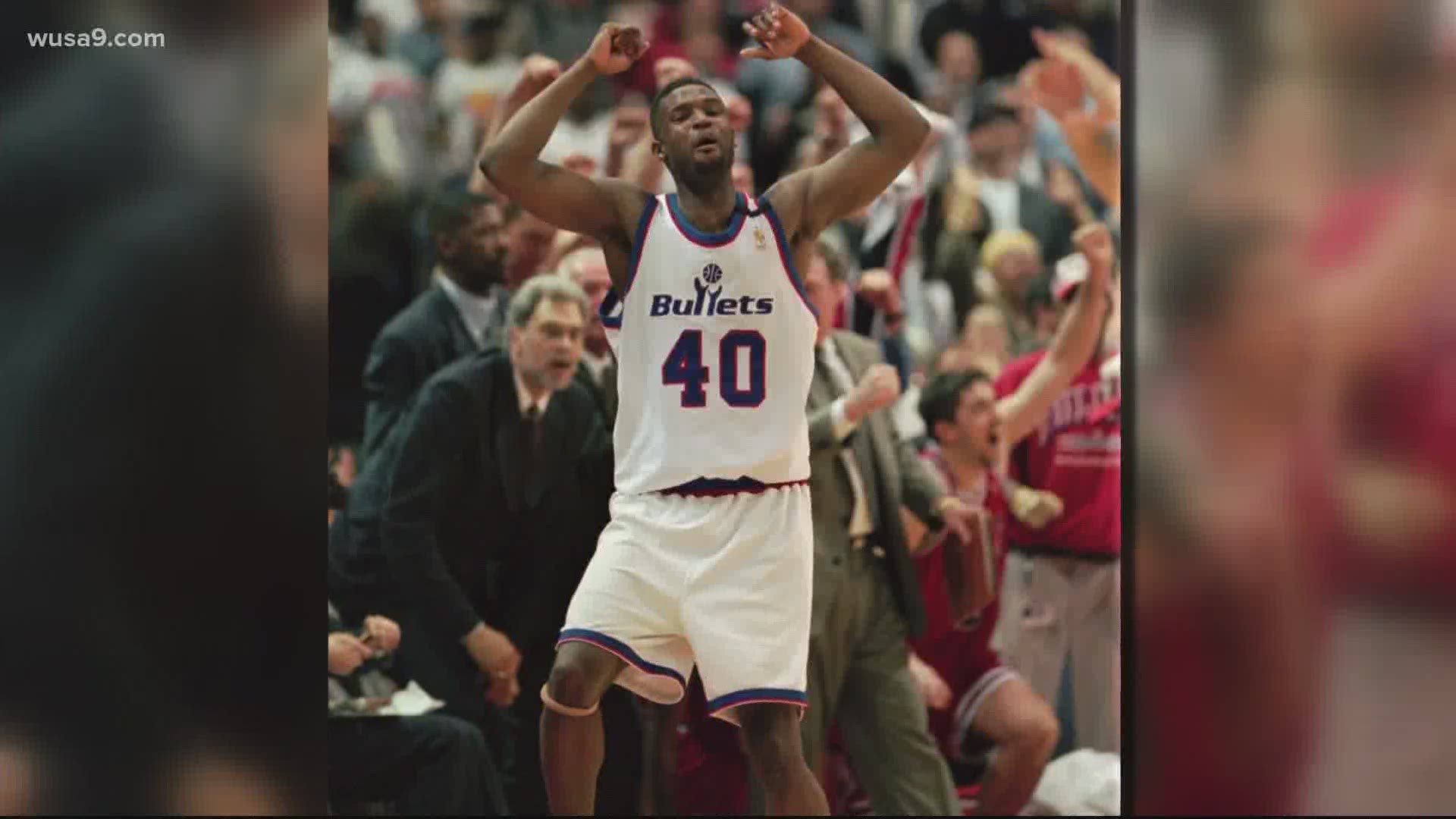 WASHINGTON — The Redskins announced that they will be retiring their nickname and rebranding as something new, but they will not be the first professional sports team in Washington, D.C. to do so.

Washington's basketball team hit the hardwood as the Wizards in 1997 after 30 years of being known as the Bullets.

Unlike the Redskins, corporate interests did not pressure Bullets owner Abe Pollin in to changing his team's name.

Instead, Pollin felt the Bullets moniker was too violent. His friend, Israeli Prime Minister Yitzhak Rabin, had just been assassinated. At the same time, D.C. also had a notorious reputation for its violent crime.

The team's new name took some getting used to for diehard fans. Longtime Bullets/Wizards fan and "The Sports Refuge" podcaster Earl Holland said, at first, he was not entirely on board with the change.

"The last official Bullets game against the Bulls in the playoffs, I was like, 'I can't believe they're changing their name. They might as well stick with it,'" he said.

Holland said he eventually got used to the Bullets' new name. Redskins fans will soon have to do the same themselves.

However, some of that team's fans say they are still concerned a name change could cost the Redskins their history.

Holland disagrees. He said it did not happen when the Bullets became the Wizards.

"It's not like some people who were Colts fans seeing their team leave in the middle of the night," he said. "It's a completely different thing. It's just a rebranding."

RELATED: The Redtails: A brief history of the better name for our Washington football team

The Redskins could even take a page out of the Wizards playbook with the name change.

"We're going to be the first Wizards team," he said. "It gives us something that we have to make Washington proud of."