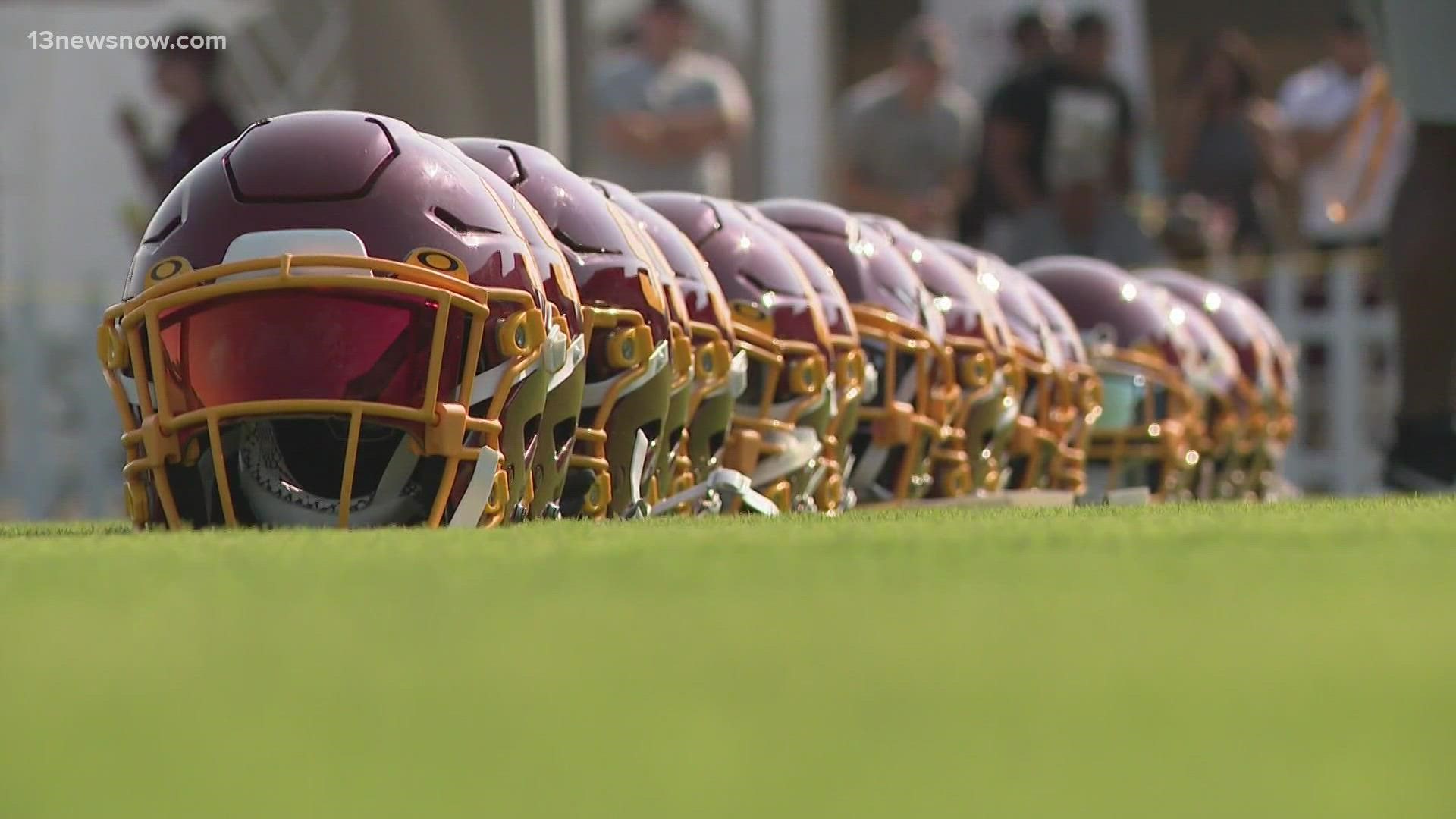 RICHMOND, Va. — As the final day wrapped up from Washington's training camp at the state capital, its head coach, Ron Rivera had to issue a warning to his team. Two more players were placed on the reserve Covid-19 list.

The team now has six players on the Covid-19 list that includes All-Pro offensive lineman, Brandon Scherff who was put on the list Saturday. Rivera was giving them a what if scenario: If this had happened the day before their season opener, it would impact the his squad's first two games. He spoke about the subject of his team getting vaccinated prior to starting training camp. "I think the big thing is to have individual conversations", he said back on Tuesday. "I'm not going to tell anybody what to do. I'm going to try and understand them and give them some reasons why it would be a good thing".

Washington is next to last in terms of the vaccination rate, having just gotten above 70% of players having at least one shot. One NFL team remains below 70%. The overall player percentage in the league is 89.4, with 22 clubs over 90% and nine above 95%.