Despite loss, a 'Taylor-made' night for Heinicke

Former ODU quarterback, Taylor Heinicke rushed for a score & passed for another as Washington fell short to Tampa Bay 31-23. 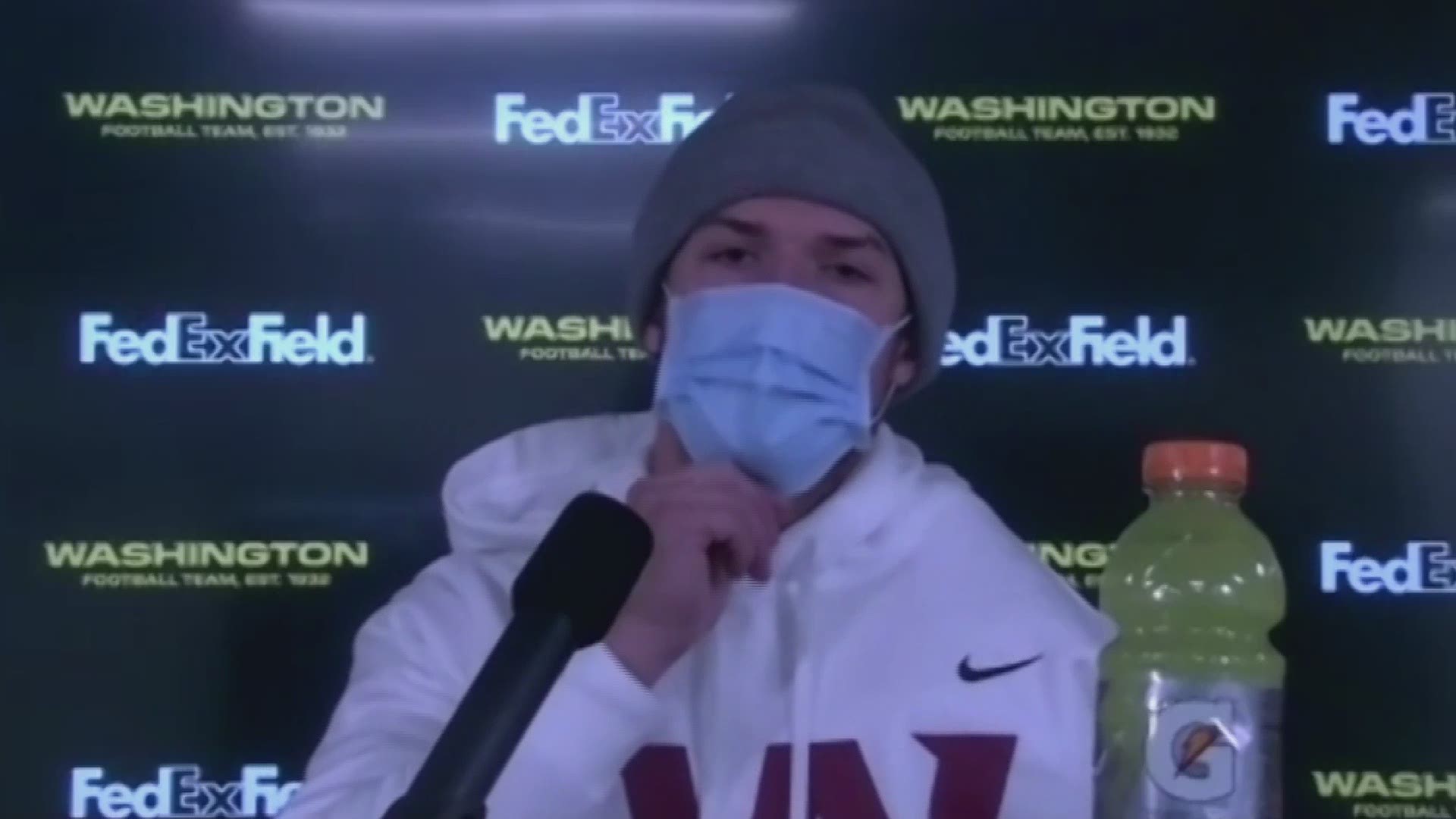 In his 42nd postseason start and first not in a New England Patriots uniform, Brady made the most of a lack of pressure to carve up the NFL's second-ranked defense on 22 of 40 passing.

"He is a fighter, he plays hard, works hard and studies hard, and he is the man for the job," Buccaneers running back Leonard Fournette said.

Hell of an effort, 4️⃣

Brady had to outduel Washington's Taylor Heinicke, who had a breakout performance in just his second pro start and first in the playoffs in place of injured starter Alex Smith. Heinicke — signed in early December to the practice squad — ran for 46 yards and a touchdown and threw for 306 yards and a score.

"He almost beat us with his legs," Tampa Bay coach Bruce Arians said. "He was very elusive. We knew he was going to scramble around, there was going to be bootlegs and scrambles. We were really hoping for Alex because we knew that part of the game wasn't going to be in there."

But Heinicke wasn't enough to overcome Brady's brilliance. While Bill Belichick and the Patriots watch from home with their playoff streak snapped at 11 following a 7-9 season, Brady has the opportunity to play in another Super Bowl — in his new home stadium.

The Buccaneers await the result of Chicago at New Orleans on Sunday to see if they'll be visiting Drew Brees and the Saints or host the Los Angeles Rams next weekend. They'd need a Bears upset to play at home in the divisional round.

Age doesn't seem to matter much to Brady, who at 43 years, 159 days passed George Blanda as the oldest player to throw a TD pass in a playoff game. A 36-yard scoring connection with Antonio Brown was Brady's longest in the playoffs since 2011.

Brady was methodical in the first half with 12 completions for 209 yards and wasn't sacked until the final minute of the second quarter.

Heinicke made things interesting in the third, most notably scrambling for an 8-yard TD by diving at the pylon in the corner of the end zone. The play even got the attention of reigning Super Bowl champion Patrick Mahomes, who tweeted, "Bro what!?!?!"

The series after Heinicke banged up his left shoulder, Brady engineered a 69-yard scoring drive capped by a 3-yard TD run by Fournette. That made it 28-16, which was enough to withstand Heinicke's attempt to be the unlikely hero.

"We're thrilled with the win," Buccaneers receiver Camerton Brate said. "I hate to say that we're relieved, but at this point we're just pumped we got the win. No matter how ugly it was, no matter how many mistakes we made, a win's a win this time of year."

With Smith out because of a strained right calf, Heinicke made a name for himself in prime time, setting the single-game franchise rushing record for quarterbacks and raising the question of whether he should be considered Washington's QB of the future.

"It was gutsy," coach Ron Rivera said. "It's one of those things that a guy like him that works hard at what he does, he's created an opportunity for himself and we'll see what happens."

Heinicke had only appeared in eight games and started one in the NFL before Saturday and was taking online math classes at Old Dominion when Washington called him to be its "quarantine quarterback."