Weather at the time of the crash was too bad for other helicopters and the pilot requested a special clearance through areas of reported fog. 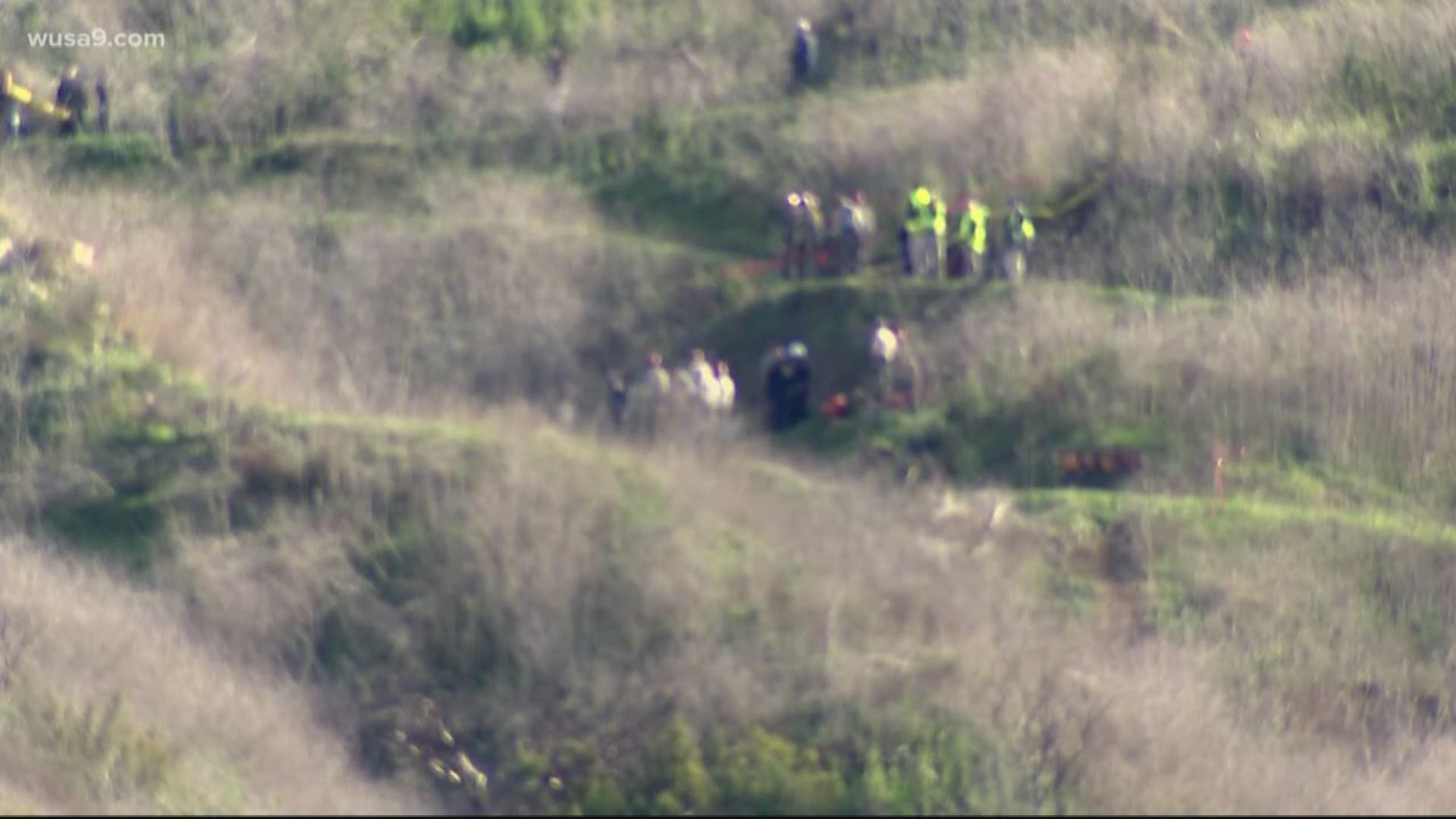 WASHINGTON — After Sunday’s helicopter crash that killed NBA legend Kobe Bryant along with his daughter and seven others, experienced fliers are wondering why the pilot of the ill-fated chopper continued into worsening weather conditions.

The cause of the crash remains unknown but it's reported the chopper was flying in very foggy conditions. Los Angeles Police Department helicopters weren't flying because of poor weather conditions at the time of the crash, department spokesman Josh Rubenstein said.

Monday, the National Transportation Safety Board said it would separate its team of investigators into specific areas of interest.

Publicly available flight track records show the Sikorsky S-76 helicopter departed out of John Wayne Airport in Santa Ana at 9:06 a.m., turned northwest near Burbank where it circled outside of that airport’s airspace.

Nearby weather stations at the time of the crash reported low cloud ceilings and reduced forward visibility for fog, not meeting the federal standard for the visual flight with reference to the ground. An archive of aviation weather reporting showed the cloud ceiling at Burbank at 1,100 feet above the ground and visibility of two-and-a-half miles.

The helicopter crashed into the side of a mountain in Calabasas at 9:45 a.m. The Associated Press reported that, according to data from Flightradar24, the helicopter was flying at about 184 mph and descending at more than 4,000 feet per minute when it crashed.

About 20 investigators have been on the scene Monday in Calabasas where the helicopter crashed Sunday with enough impact that scattered debris over an area the size of a football field and killed everyone aboard.

He said that he flew helicopters in the busy airspace around the nation’s capital for about five years.

"Fog is very spotty," Whartofksy said. "It can be fine in one spot and zero visibility in another."

RELATED: From hero to villain and back again, Kobe Bryant took us all on a journey that ended much too soon

Public records show that Zobayan did possess an instrument rating, meaning he could have climbed into the clouds and received further direction from air traffic control if the helicopter had the proper equipment.

"When the weather gets bad in an airplane, you climb," Whartofsky said.