JMU comes to Williamsburg for a little spring football. 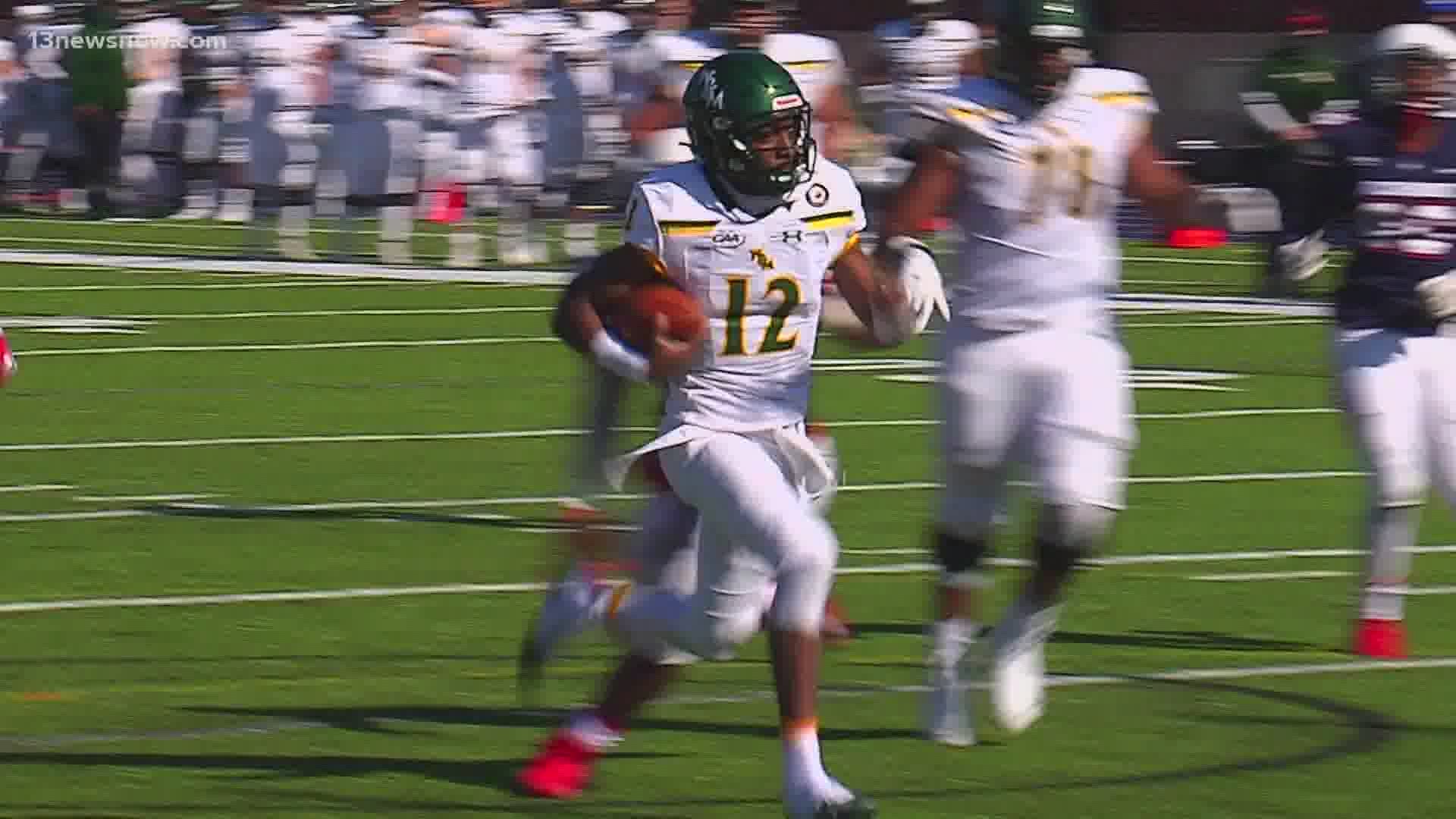 WILLIAMSBURG, Va. — JMU is the only school not named North Dakota State to win an FCS football championship in the last 10 years. Perennially they are one of the top 5 programs in the nation. So, it's a big deal for William and Mary to host the Dukes on Saturday.

Tribe head coach Mike London is familiar with the underdog role and what a win in a game like this could mean for his program, "It can change the trajectory of a lot of things obviously when you are playing one of the best."

JMU has won the last four matchups with William and Mary by an average score of 41-11. With that in mind, London says, "You're going to have to play your best game and then some." But if you can pull it off, "To win a game like that can change the fortunes of your program."

Playing football during a pandemic and other life situations reminds London to keep games like this in perspective, "I just had a player who had a best friend who died a few days ago. There's no amount of a game that's going to minimize the way he feels."

At the same time, he says, "What sports has done or what the opportunity to play on Saturdays has done, regardless of the opponent has provided an opportunity for competition for them to do the thing that they love."