One game on the sideline, one game under center and now one game as an offensive weapon, Mathis is patiently working his way back to full strength 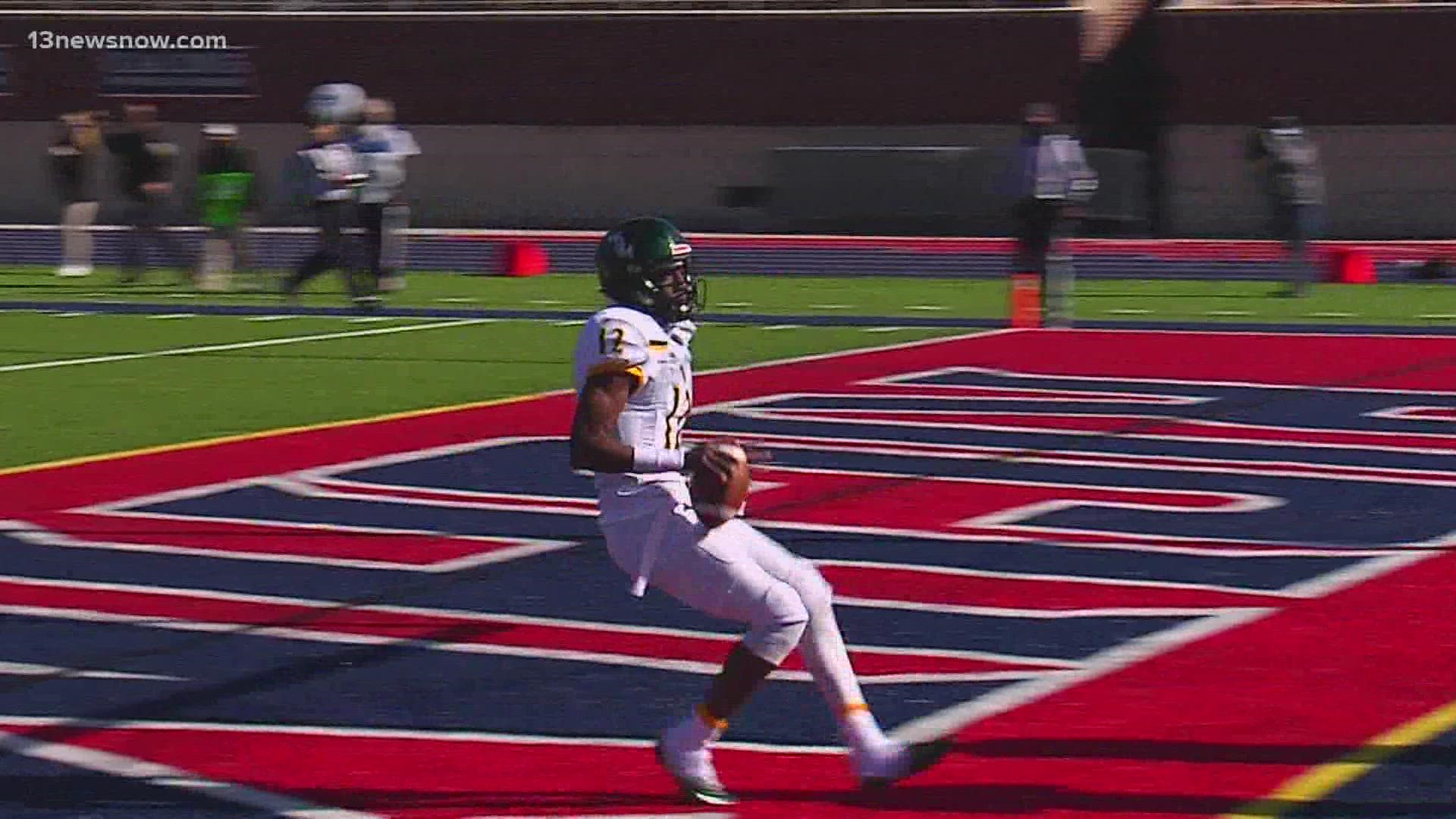 WILLIAMSBURG, Va. — Hollis Mathis is a star. The junior quarterback can run, he can throw and he's done it all from the second he stepped on campus. Just the second true freshman to start a season opener, it seemed the next 4 years would belong to Mathis on the field, and in the locker room.

It's the second part that Mathis has continues to excel at from the sideline. In a press conference Tuesday, head coach Mike London stressed that Mathis has remained vocal and encouraging during his time away from center. London said especially with the QB's in his place, Mathis remains engaged. It's no surprise, considering he's done so since he got to Williamsburg.