The Tribe register to vote 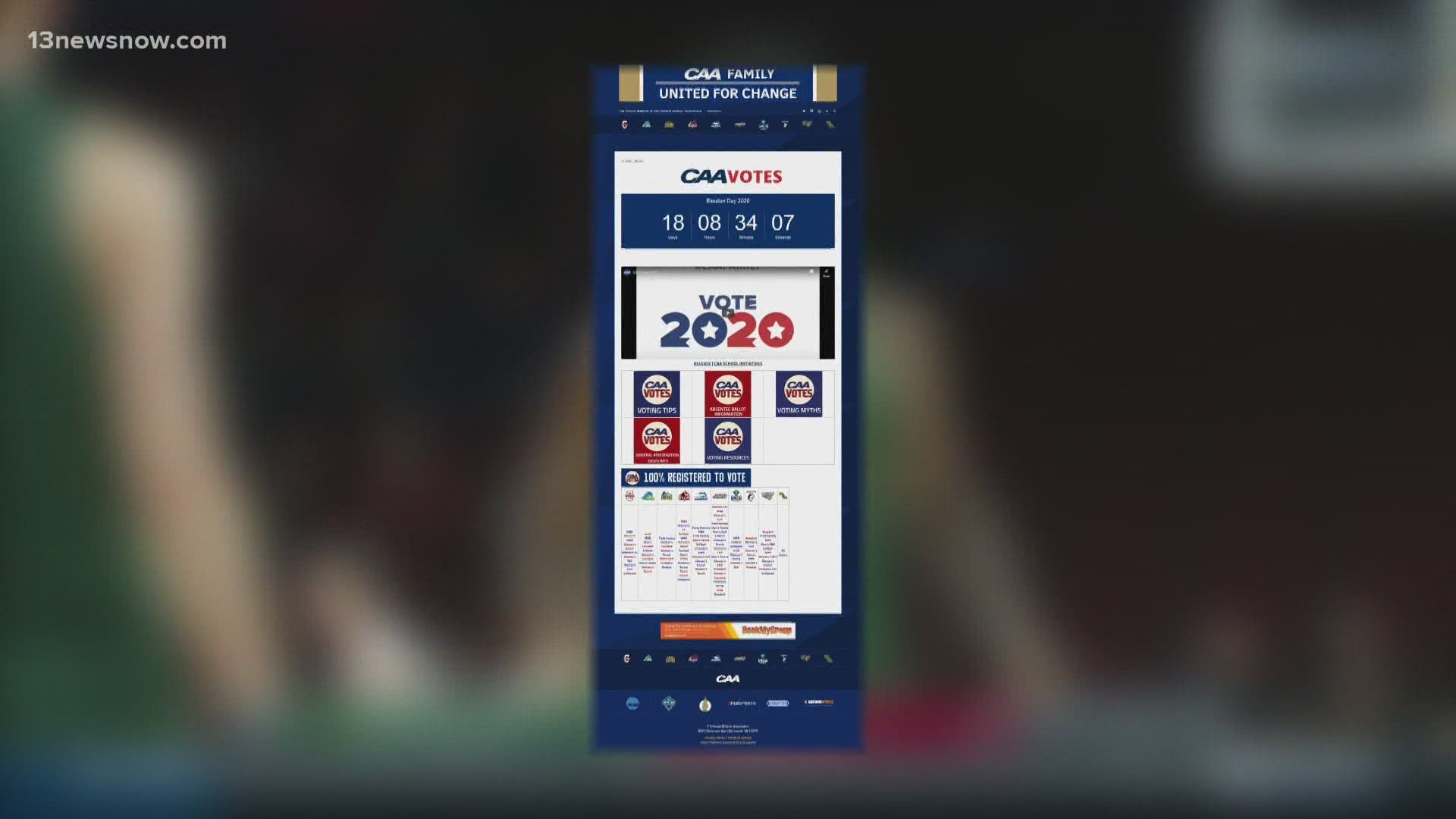 WILLIAMSBURG, Va. — The Colonial Athletic Association and its student-athlete leaders put forth the challenge to each school in the conference: get every team registered to vote.

"We were already ahead of the game, already halfway done with most sports teams being registered," said student-athlete advisor Darryl Blackstock.

Blackstock had to be wondering what took so long.

"It's one of those things that we reiterate, the importance of voting."

William & Mary became the first school to complete the challenge, and for good reason. The Tribe had already begun the process on their own.

Blackstock went to both the volleyball and basketball teams after being designated to help spearhead the initiative... they had already done it.

The organization and togetherness may come as a surprise to those who have been reading the headlines. As tumultuous a situation as any in the Commonwealth, the school recently saw their athletic director step down after the cancellation of seven sports programs and subsequent handling of the decision.

Despite this, the athletes came together for a cause that can at times be lost on college students.

"One Tribe, one family," said basketball player Nyla Pollard. "Creating change and fighting for change at our own school is important."