In spite of Covid, the league made it through their second season and celebrated with an All-Star Game. 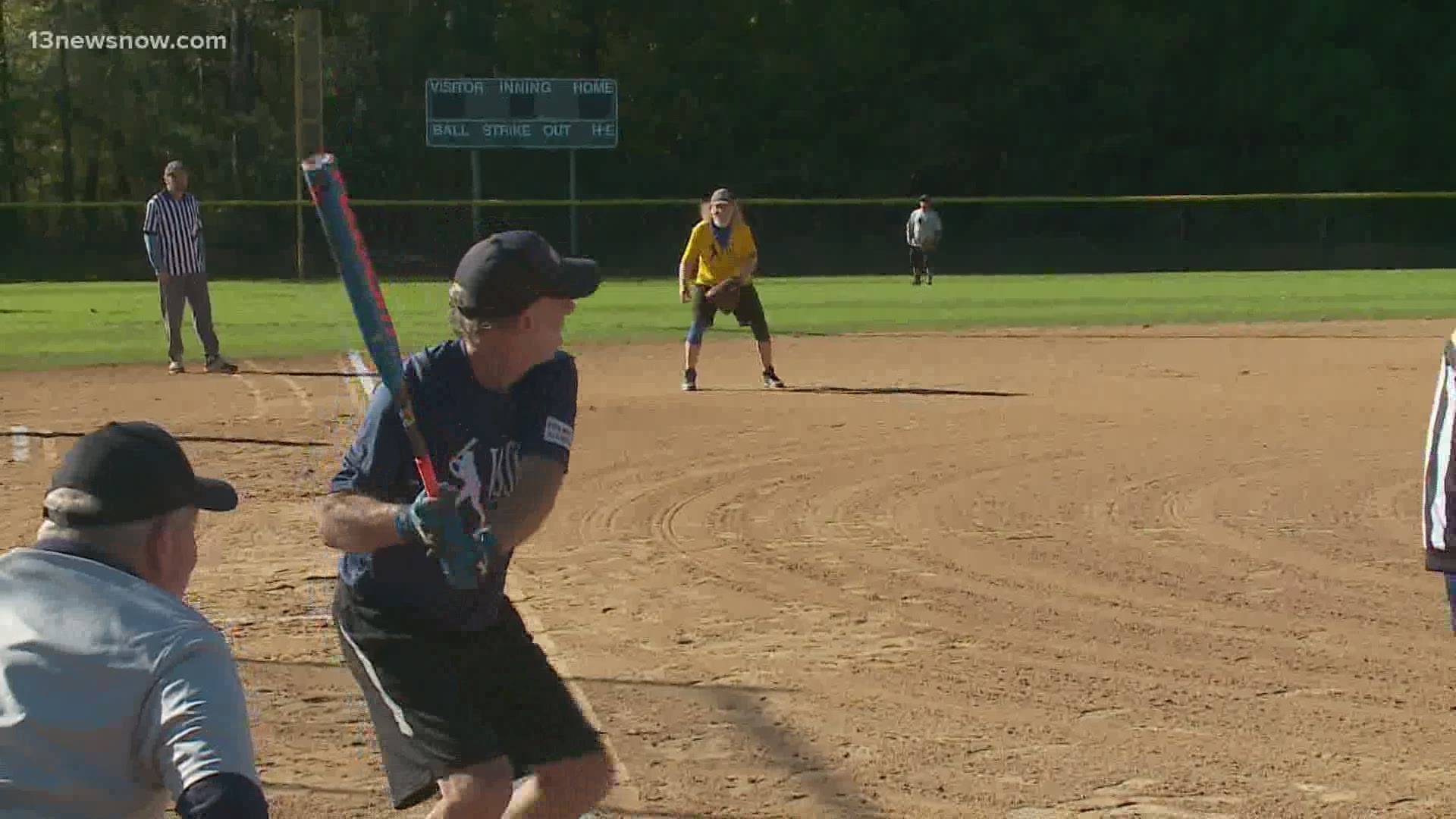 WILLIAMSBURG, Va. — Barry Marten's wife told him that at his age, he was crazy to take it on. But Marten, now 77 years old, made it look like child's play. He is one of the All-Stars in the Williamsburg Senior Softball League.

To cap off the season, they played the All-Star game on Tuesday. Marten was a starter who thinks he made the right decision to join the league. He said,  "The camaraderie in this league, not just on our team, but everybody are out here to have a great time and kind of re-live their youth a little bit."

In this case senior league means 50 and older for men and at least 40 years old for women.

The league is in it's second year. Obviously the pandemic made it a challenge this season. League commissioner Jim Ratkus pointed out, "We were told right away we were in a high risk group and it's dicey weather you'd be able to do anything like this or not. We were like, we're adults. Give us a chance. We can make our decisions. We can follow the rules."

Ratkus said Williamsburg's city manager stuck his neck out to help make it work and there weren't any problems.

Ratkus mentioned that with age comes wisdom. In this case, that meant the players prepared better for each game. Last year there were plenty of injuries. This year, not so much. It's amazing what a little stretching can do.

With the first pitch, the adrenaline gets running a little bit. Ratkus described best what it's all about, "There's competition. People want to win. People want to get out and run around and do things. At our age, it's really more about the exercise and the fellowship."