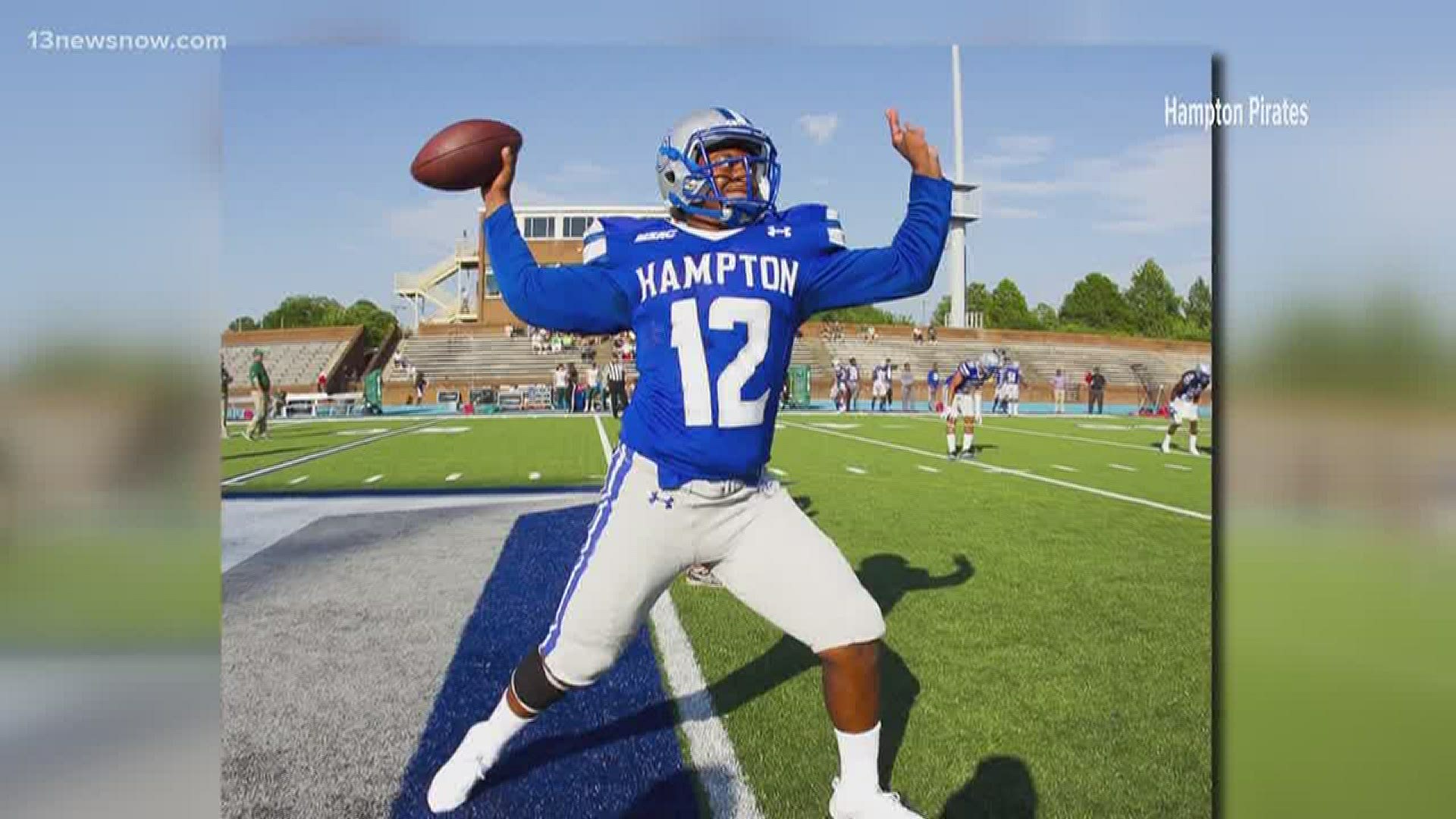 CHESAPEAKE, Va. — Only a handful of players from state schools were actually taken in the 2020 NFL Draft recently while several others went the undrafted free agent route. Then there's former Oscar Smith quarterback, Jaylian Williamson who landed a job with the Los Angeles Rams before the draft even began. The 25 year old will an Engagement Fellow in their front office. He's apart of a youth movement in LA under head coach, Sean McVay. "They were excited about bringing people on board", he said. "One thing about me when I went for the position, they were saying about my football background and relating to players."

Williamson had success at the high school level winning a state title with Oscar Smith in 2011. He'd move on to Hampton University where he started for three seasons with the Pirates. There were questions as to whether could be a starter due to his 5-10 height. He said the Rams noticed and like how he handled the adversity. "That drove me", he said. "Even what people might say about you,you've got to prove them wrong." By doing so, its gotten him into the NFL with plenty of options.