With no Final Four we reminisce

We were supposed to be crowning champ on Monday night, instead we remember what was 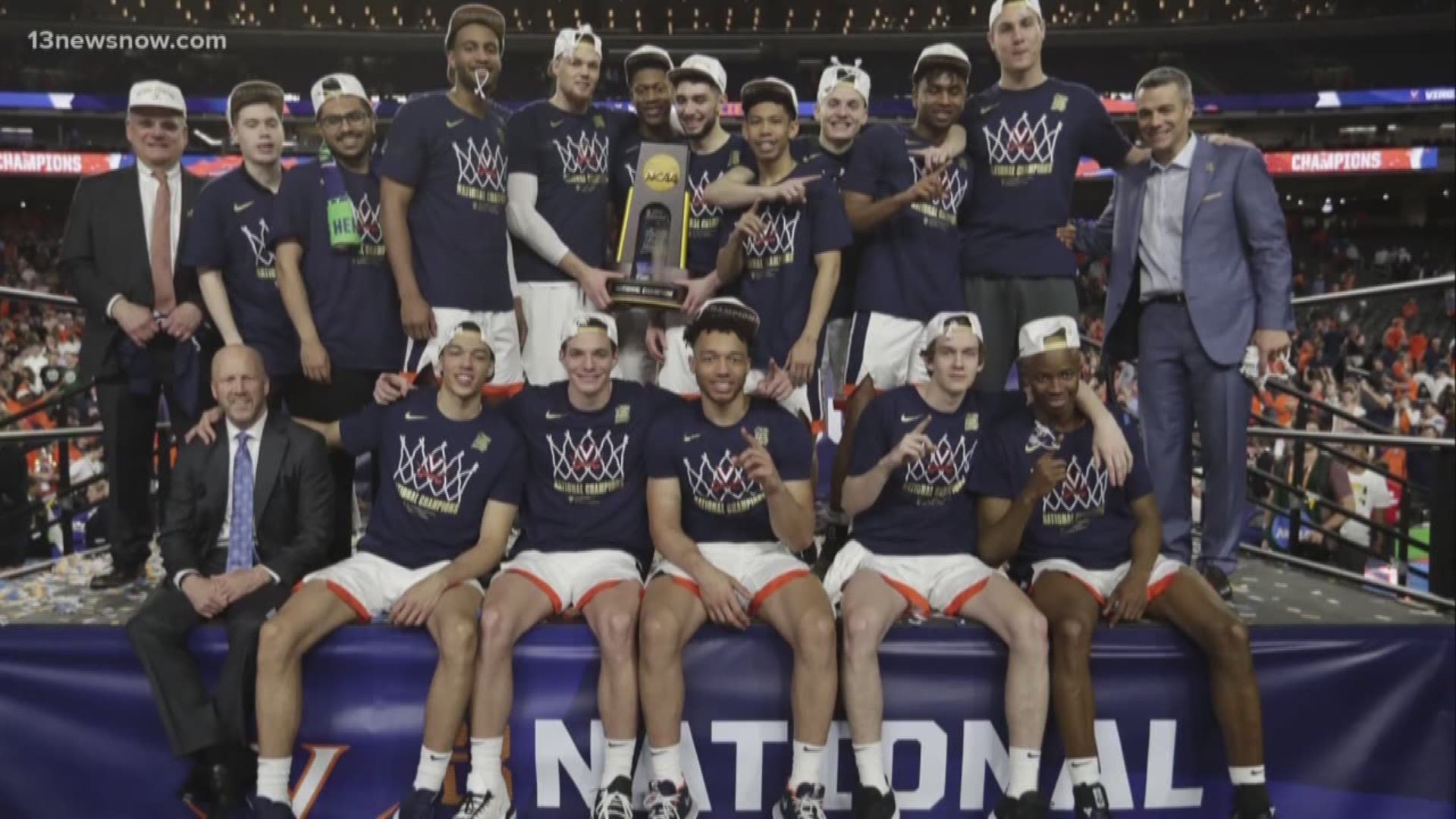 NORFOLK, Va. — At about 11:30 Monday night the confetti would have been flying at Atlanta, home to this year's Final Four. Of course, we had to find better things to do, like remember some of the great March Madness moments for schools from our area.

ODU stunned Villanova in triple overtime in the first round in 1995. It's probably the high water mark in program history.

We were there in Omaha when Norfolk State shocked #2 seed Missouri in the first round. Check out the web story for those players' reactions after the game.

Or course, Virginia is still celebrating their first national title which they claimed last year. They get to keep celebrating for another year as the reigning champs.