Daniel Smith threw a 1-yard touchdown pass to Dee Wil Barlee on fourth-and-goal with 1:59 left in the game and Villanova held off William & Mary 35-28 on Saturday. 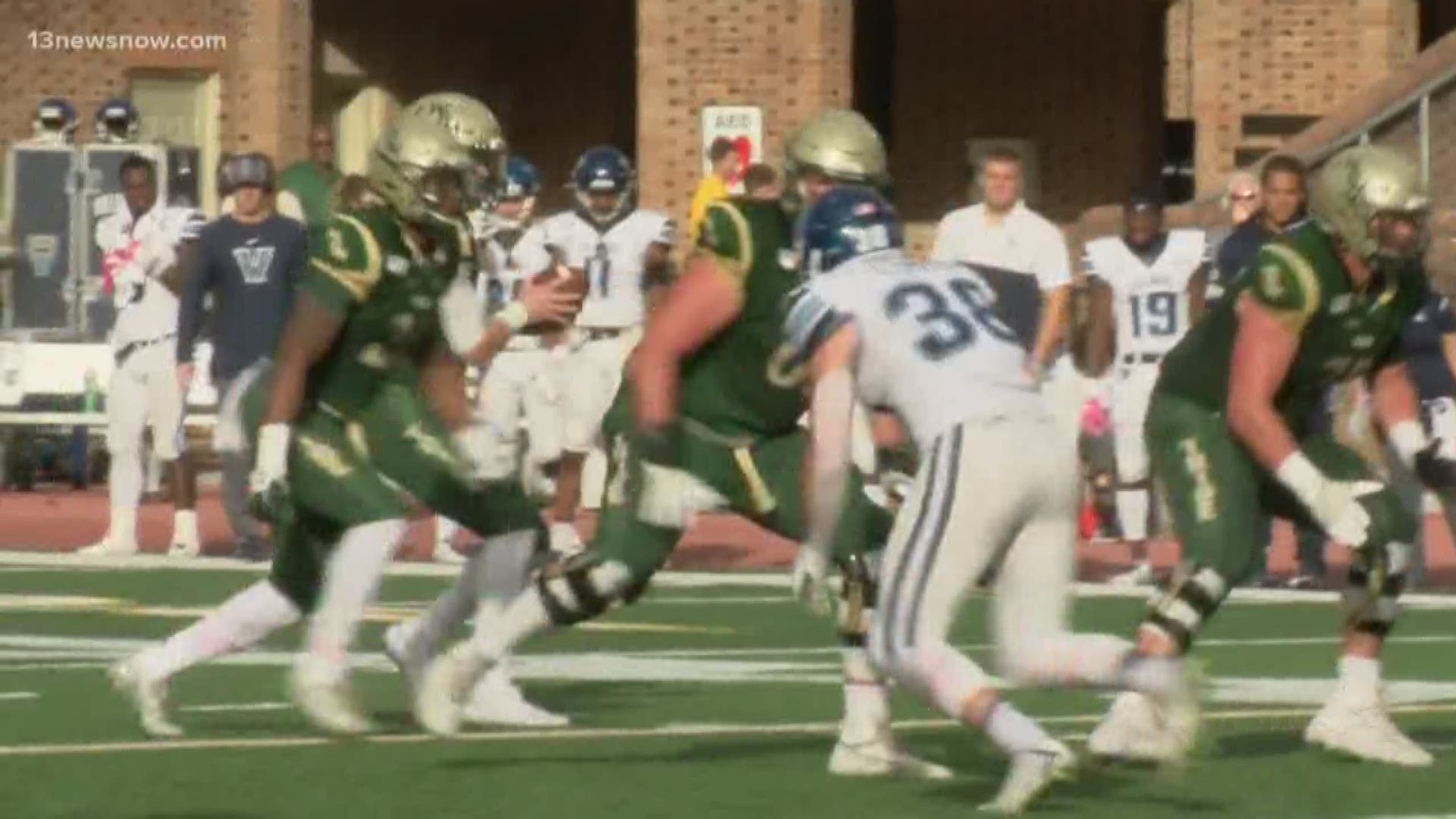 WILLIAMSBURG, Va. — Daniel Smith threw a 1-yard touchdown pass to Dee Wil Barlee on fourth-and-goal with 1:59 left in the game and Villanova held off William & Mary 35-28 on Saturday.

Villanova (6-0, 3-0 Colonial Athletic Association), ranked No. 8 in the FCS Coaches Poll and one of six remaining undefeated teams, had its hands full with the upset-minded Tribe (2-4, 0-2).

Kilton Anderson staked William & Mary to a 7-0 lead with a 12-yard TD pass to Kane Everson, capping a 12-play, 77-yard game-opening drive. After forcing a Villanova punt, the Tribe turned the ball over on their first play from scrimmage when Drew Wiley forced an Everson fumble after a catch and Nowooola Awopetu returned it eight yards to the William & Mary 17-yard line. Two plays later Justin Covington scored on a 3-yard run to knot the score at 7.

The Wildcats took advantage of a 22-yard punt by Will Michael to grab a 14-7 lead, scoring on Smith's 16-yard toss to Jaaron Hayek. Villanova stretched its lead to 21-7 on Barlee's 15-yard TD run, but Anderson connected with Zach Burdick for a 16-yard score sandwiched around a pair of missed field goals by Villanova's Drew Kresge and the Tribe trailed 21-14 at halftime.

William & Mary knotted the score at 21, using a marathon 17-play drive that covered 76 yards and took 7:36 off the clock with Bronson Yoder scoring on a 2-yard run.

Villanova recaptured the lead at 28-21 when Smith hooked up with Hayek for a 37-yard score, but Anderson again pulled the Tribe even when he hit Everson for a 20-yard TD on fourth-and-1 with 9:56 remaining in the game. The Wildcats took the lead for good with a 16-play drive that took nearly 8 minutes off the clock.

The Tribe drove to the Villanova 30-yard line before turning the ball over on downs. Smith completed 21 of 34 passes for 250 yards and three TDs for the Wildcats. Anderson finished 25-of-33 passing for 245 yards and three scores. Everson caught 11 passes for 131 yards and two touchdowns.