The senior leads the national in double-doubles with 18 so far this season. 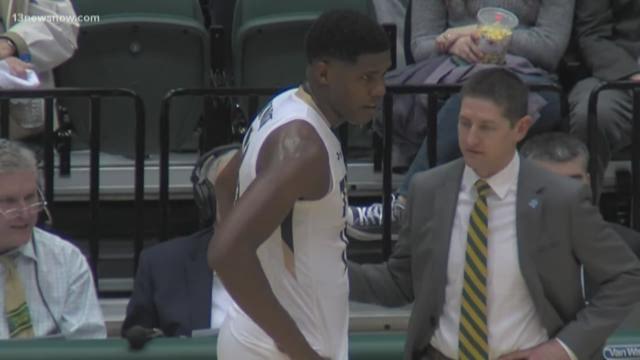 WILLIAMSBURG, Va. — Nathan Knight was among several William & Mary players looking to leave the program after former head coach, Tony Shaver was let go after 16 years. Things changed when the school hired new head coach, Dane Fischer. That move changed Knight's mind to return and not jump to the NBA. "We were able to build over the summer and with a whole new coaching staff, we were able to build core values", he says.

Now in his senior year, he's been putting up impressive numbers averaging 20 points and 10 rebounds a game. He's one of only two players in the country averaging a double-double for the season and has 18 so far as William & Mary shares the lead in the Colonial Athletic Association (16-8, 8-3) with Charleston.

Fischer has made it work in his first season with the Tribe and Knight has led the way. "The thing that we've talked about from the start is that he has the easiest role and the hardest job", he says. "I felt like if he embraced that we have the chance to be a really good team".

With the CAA Tournament about a month out, William & Mary has a chance to erase the one thing the program has never had; an NCAA Tournament appearance. They're one of four original Division I schools to not go, and are 0-9 in tournament berth-clinching games. Knight and Tribe are looking to change that trend.