Dane Fischer era begins with a win for the Tribe

William and Mary went on the road in Fischer's first game as head coach and beat High Point, 70-56 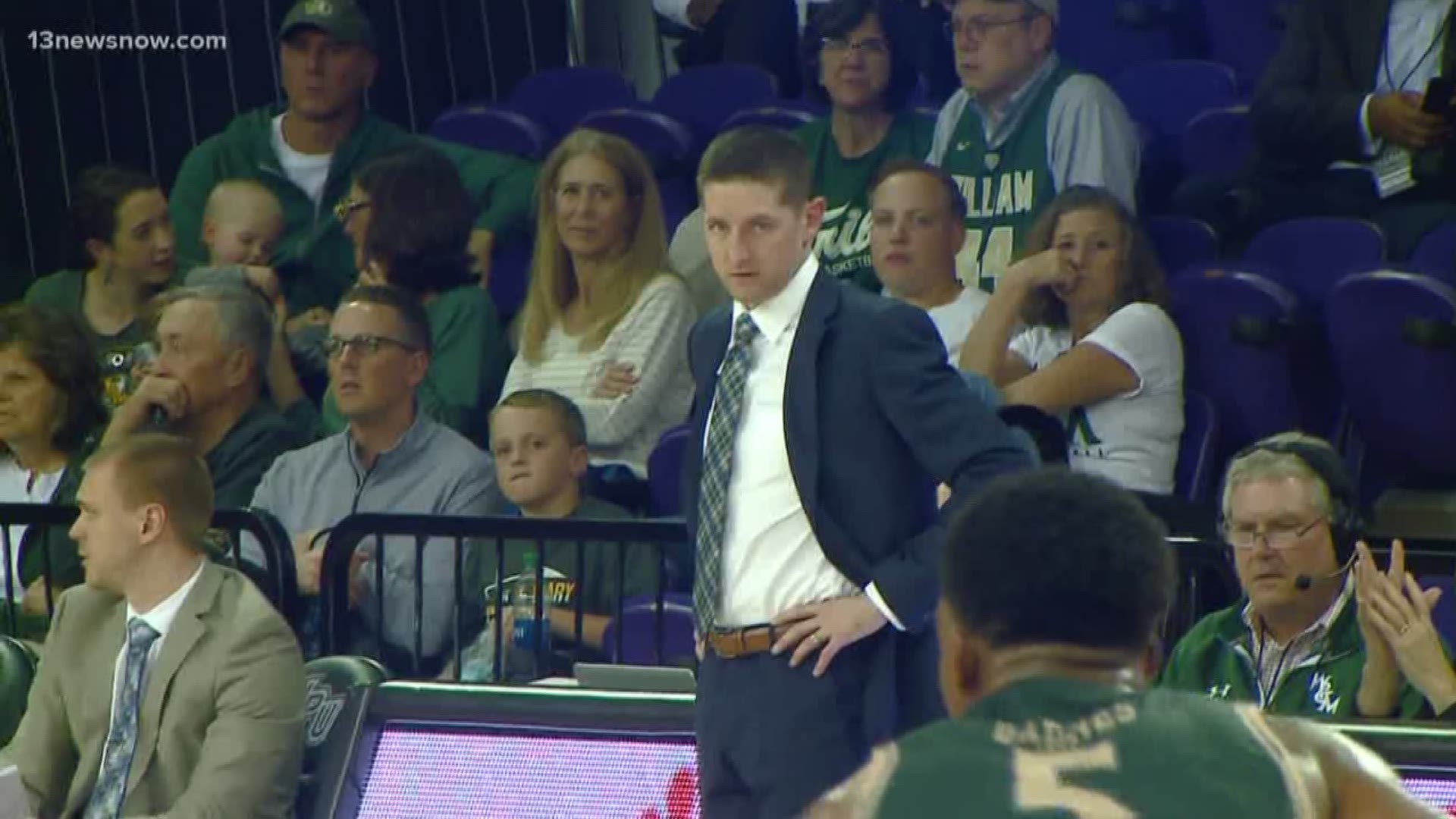 HIGH POINT, N.C. — William & Mary head coach Dane Fischer has preached a defense-first mentality since arriving in Williamsburg, and on Tuesday night in his first game on the Green and Gold sidelines, that attitude came to fruition. The Tribe controlled nearly every facet and led throughout in its season-opening 70-56 victory at High Point.

Overall, W&M limited the Panthers to just 31.7 percent (20-of-63) shooting and 16.7 percent (2-of-12) from 3-point range. It marked the program's best defensive performance in three years. W&M held HPU without a field goal for nine minutes spanning the end of the first half and start of the second. Fischer became the first Tribe head coach since 1947-48 to win his W&M debut on the road.

Leading 30-21 at the half, the Tribe ratcheted up the defense to highlight a 14-2 run to start the final frame. In total, W&M held High Point without a field goal (0-of-9) over the period's first six minutes, while the guard combo of sophomore Thornton Scott (5) and junior Luke Loewe (4) combined for nine of the Tribe's 14 points during the run. The lead reached its highest at 44-23 on a pair of Quinn Blair free throws and never dipped below the final margin of 14 the rest of the way.

In his first collegiate start, Scott scored a career-high 22 points on 8-of-12 shooting, including 6-of-8 from 3-point range. Senior Nathan Knight tallied a 16-point, 13-rebound double-double, and classmate Andy Van Vliet just missed a double-double with eight points and a career-high 10 rebounds. Loewe finishing with nine on 3-of-4 shooting.

Van Vliet and Knight combined for the Tribe's first 10 points to stake the visitor to an early lead. W&M seized control in the opening 20 minutes thanks to a 16-4 run as the advantage ballooned to as much as 30-15 with five minutes remaining. Scott knocked down a two of his six 3-pointers during the spurt.