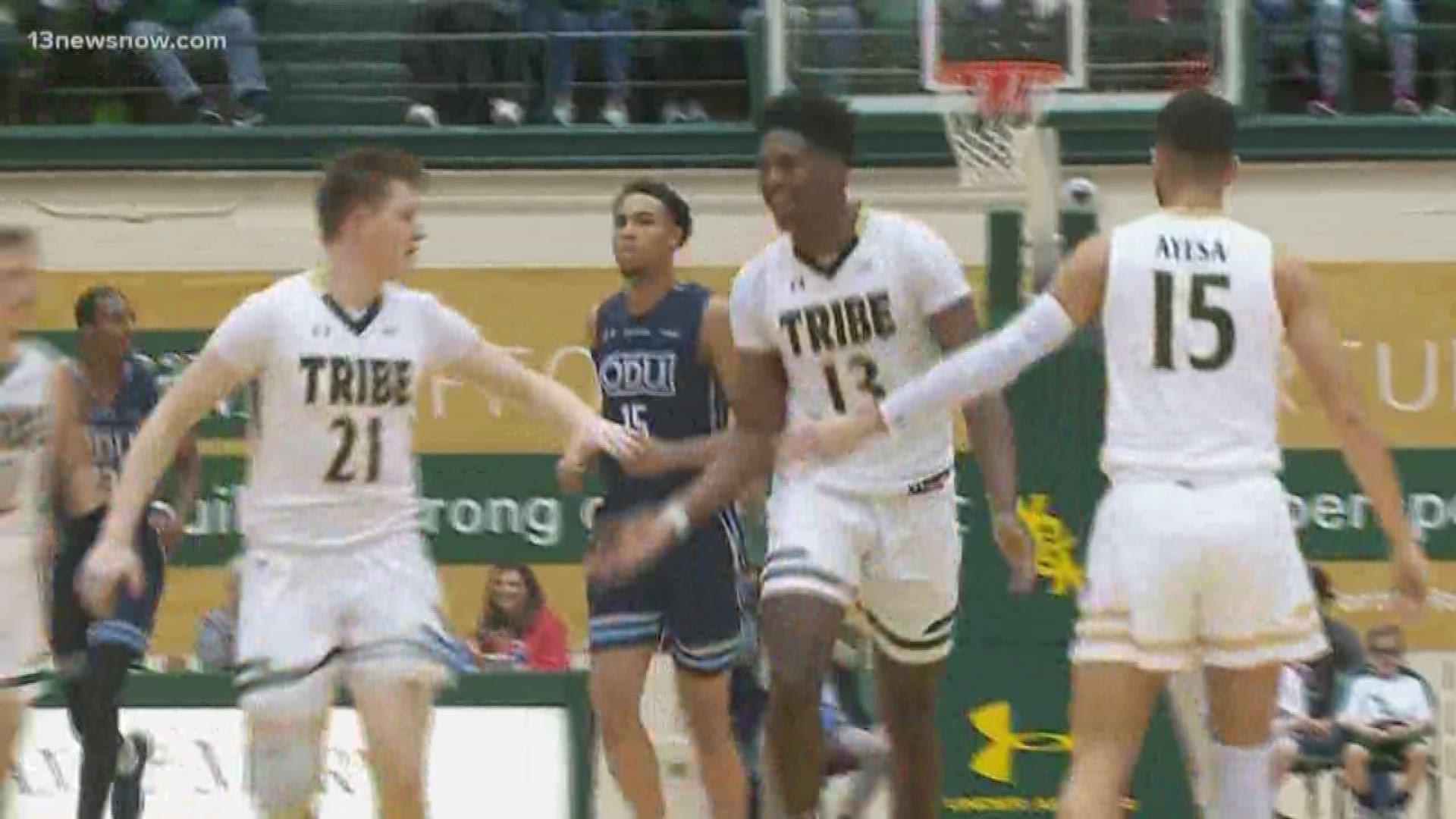 Andy Van Vliet had 13 points for William & Mary (6-3). Luke Loewe added 12 points and Bryce Barnes had 11 points for the hosts.

Xavier Green had nine points for the Monarchs (3-6), who have now lost five consecutive games.