On his deathbed, teen creates foundation to help find a cure for the cancer that took his life

"Sometimes I felt like he would get messages and knew he had to do this.” 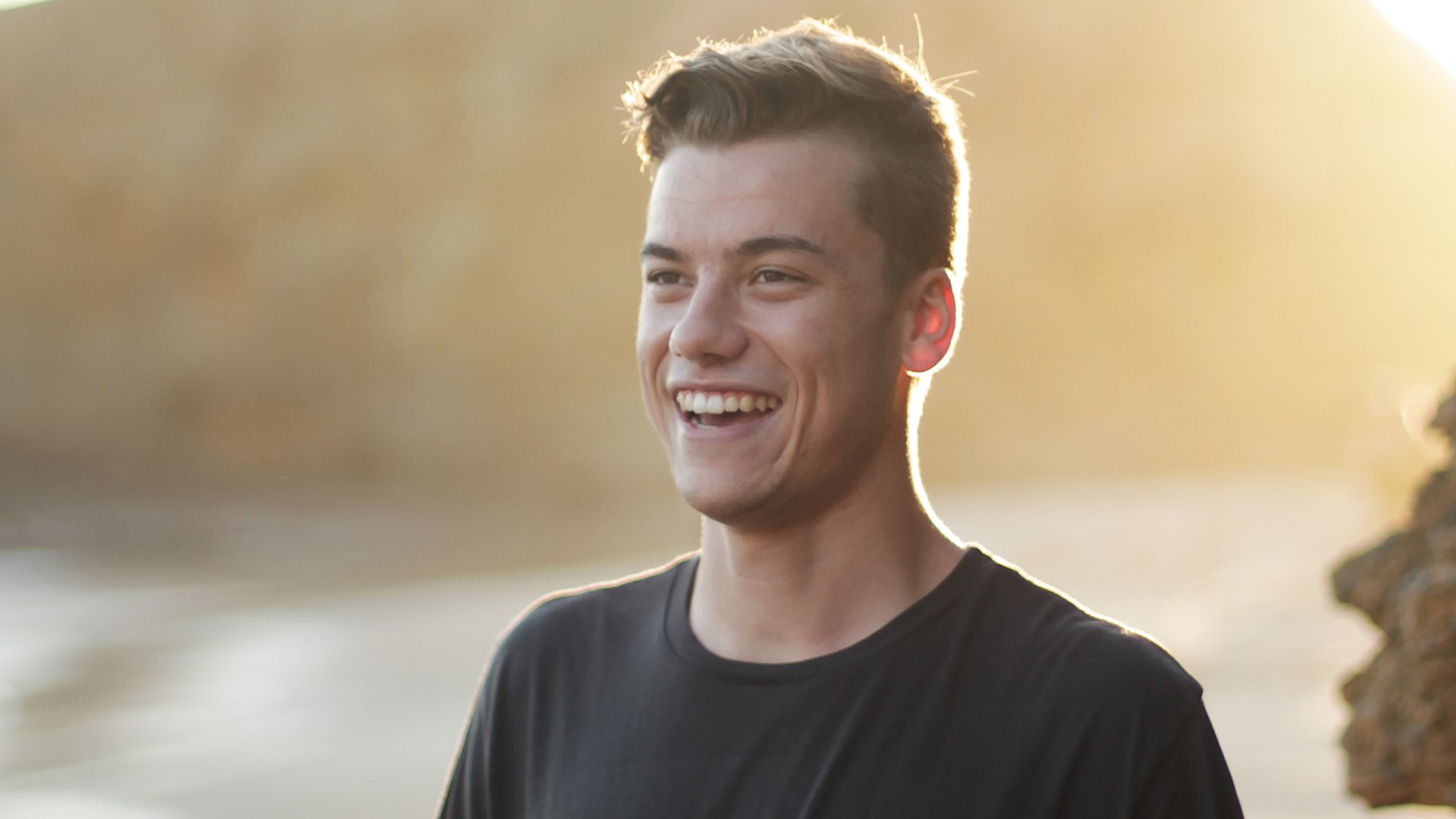 LAGUNA BEACH, Calif. — Tim Vorenkamp was a stereotypical California teenager. He lead his school’s volleyball team and spent his days with friends surfing and skating in Laguna Beach.

It wasn’t uncommon for Tim to come home with some scrapes and bruises. But after a bump remained on his leg months after a skateboarding fall, his mother, Petra, made a doctor’s appointment.

“All the doctor said was, ‘Wait. Stay in my office,’” recalled Petra of the doctor’s response upon seeing the bump on Tim’s leg.

At age 12, Tim was diagnosed with Stage 3 synovial sarcoma, an extremely rare cancer. Research shows that only around one to three people out of a million are diagnosed with the disease each year.

The diagnosis was a shock to Tim and his family. Petra had always considered her active, sun-bronzed eldest child a very healthy young man.

After the diagnosis, the brutal fight for his life began. Rather than attending eighth grade, Tim spent his days at the hospital receiving chemo five times each week, as well as 33 rounds of radiation.

The intense treatment proved to work. Tim was deemed cancer-free, and in remission.

“Volleyball was really important for Tim,” Petra said. “It would just get him up.”

The following years of high school, Tim’s talent on the court became obvious. He was scouted by University of California, Irvine to play in college. At the time UCI had the best men’s volleyball team in the United States.

In June 2013, Tim’s chest began hurting as he walked to the beach with friends. Not wanting to ruin their day, Tim told them to go on without him as he just needed to catch his breath. But the pain was agonizing. He lied down on the sidewalk, waiting for it to subside, and eventually returned home to tell his mom.

A doctor’s visit showed Tim’s lung had collapsed due to a new tumor. The cancer was back.

Chemo and hospital visits took over, but Tim still wanted the life of a recent high school graduate.

Tim knew he couldn’t play at the high-level UCI’s volleyball team demanded. So, he quietly applied to University of California, Berkeley and was admitted.

“[UCI’s] coach came over and Tim actually told him he wasn’t going to live. He had never said those words to us,” Petra said. “He said he wanted to be able to follow his dreams and asked [the coach], ‘Are you okay if I don’t join the team and go to Berkeley?’”

Six weeks later, Petra and her husband moved Tim into his dorm at Berkeley. Tim would receive treatment in San Francisco while attending college. The decision was difficult for Petra as she didn’t know how long Tim would be able to go to school there. She admitted she wanted to spend the time Tim did have together, but knows allowing him to go to Berkeley was the best thing they did.

“I wanted him to live because it was his life,” Petra said. “Nobody knew that Tim was sick. He didn’t want anybody to know.”

Tim was able to spend a month and a half as a typical college freshman. He joined a fraternity, made friends and went to class.

In his September 2015 check-up, Tim’s doctor confirmed the worst: treatment wasn’t working. Tim’s lungs were filled with tumors and doctors estimated he only had weeks to live. They urged Tim to return home.

Tim agreed to come home under one condition: No more hospitals.

As Tim informed his friends at school of his circumstances. Petra, an interior designer, recreated Tim’s room into an oasis. She added in chairs so all his friends could visit, an extra bed so she could sleep near him and a television.

Some of Petra’s favorite memories with her son were within that room. At night, Tim would grow scared so Petra would watch movies with him and sleep in the extra bed. But she always remembers as she would grow groggy, Tim would pull out his laptop.

“He would say, ‘Mom, I have to work. You go to sleep. Don’t worry, I’ll be here tomorrow, I just have to work,’” Petra recalled. “I didn’t question what he was doing but he would be for hours on his computer.”

At the end of November 2015, Tim asked his parents to come to his room. It was here he informed them what he had been working on.

Tim had secretly created the non-profit organization, Live for Others Foundation, in hopes of helping find a cure for synovial sarcoma. He asked them if they would continue working on the foundation.

Within a week, Tim and his parents had launched the foundation, partnered with a clothing company, and created a logo and t-shirts.

With the help of his parents, Tim continued to work on the foundation until his passing on January 10, 2016.

“I don’t know if he had a vision or he had such a close relationship with God that sometimes I felt like he would get messages and knew he had to do this,” Petra said. “For us we have no choice, we have to do this and follow in Tim’s footsteps and hopefully find this cure.”

Tim’s family continues to run Live for Others Foundation.Since synovial sarcoma is so rare, the non-profit connects individuals and families battling the disease. This allows for support as well as help getting questions answered. Live for Others also donates proceeds to help fund research.