Caught on camera: Sanitation worker puts trash bins away each week for elderly woman after witnessing her fall

The sweet gesture was caught on camera nearly a year after Billy Shelby began lending a helping hand. 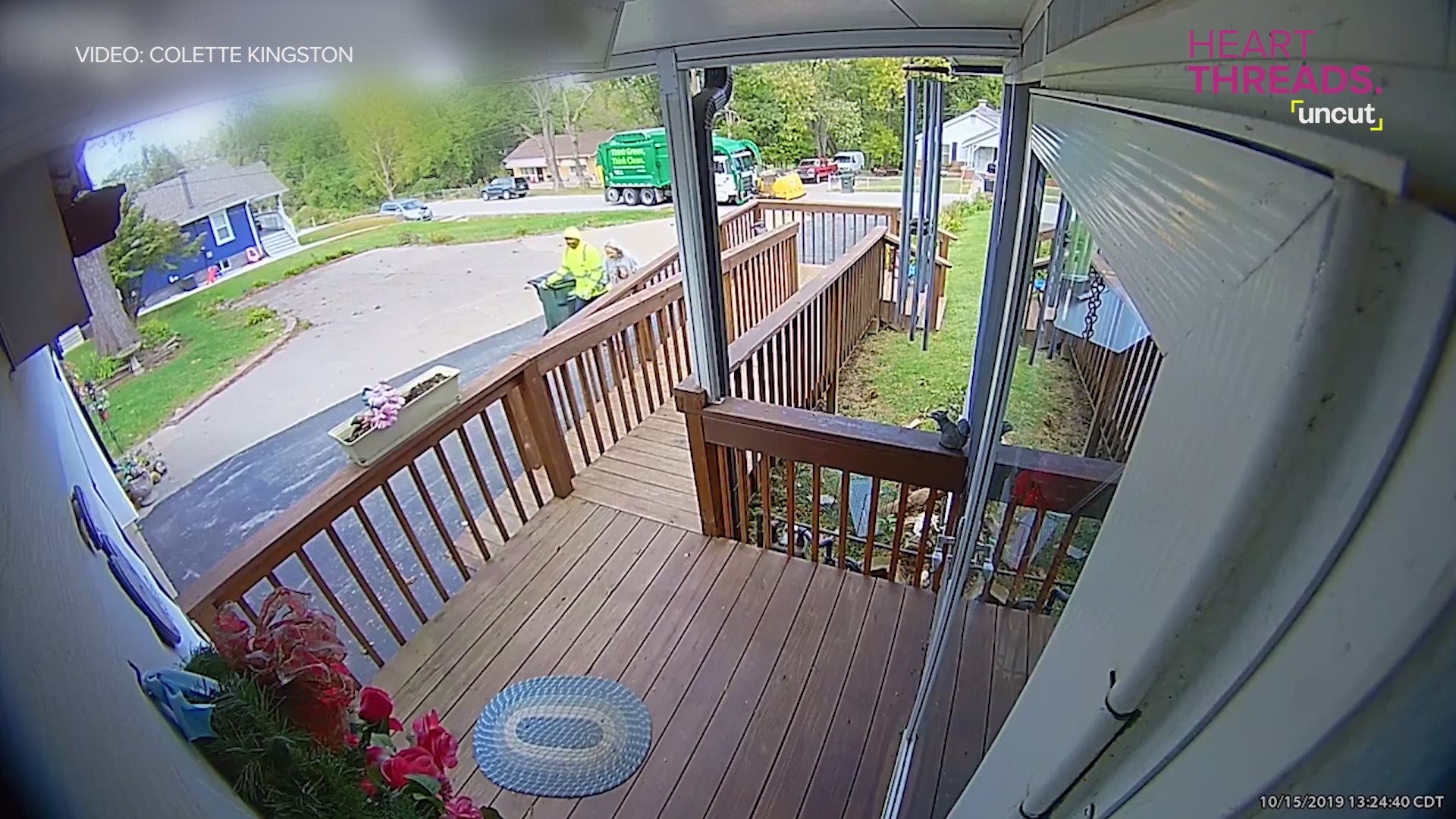 KANSAS CITY, Mo. — In the hustle and bustle of our fast-paced world, little moments of good can often be overlooked. But thanks to modern technology, the kindness of one sanitation worker is not going unnoticed.

“God bless you as always, darling!” Shelby said to Zucca, after placing the bin in its place. “You’re looking good. That hair! You got it down!”

This isn’t Shelby’s first-time helping wheel in her trash bin. Obviously the two are quite friendly. That’s because Shelby has been helping Zucca with her trash bins since the start of 2019.

RELATED: Watch the touching moment this football player stunned his step-father by changing his last name

In January, Shelby witnessed Zucca fall and hurt herself trying to bring the bins back up her driveway. Ever since, he has taken time out of his schedule to lend a helping hand.

Zucca’s daughter, Colette, decided to upload it to Facebook with a note of gratitude.

“He demonstrates such care for her. It takes a village,” Colette wrote. “Such a small kind gesture but leaves a[n] enormous relief for us. Thank you kind sir.”

The small act of kindness made a big impact.

Since posting, the video has been shared over 1,100 times and received hundreds of comments applauding Shelby for taking the time out of his busy day.