On Emerald, users simply indicate that they are least 18, then choose whether they are male or female. Beyond that, there's no way to verify someone's identity. 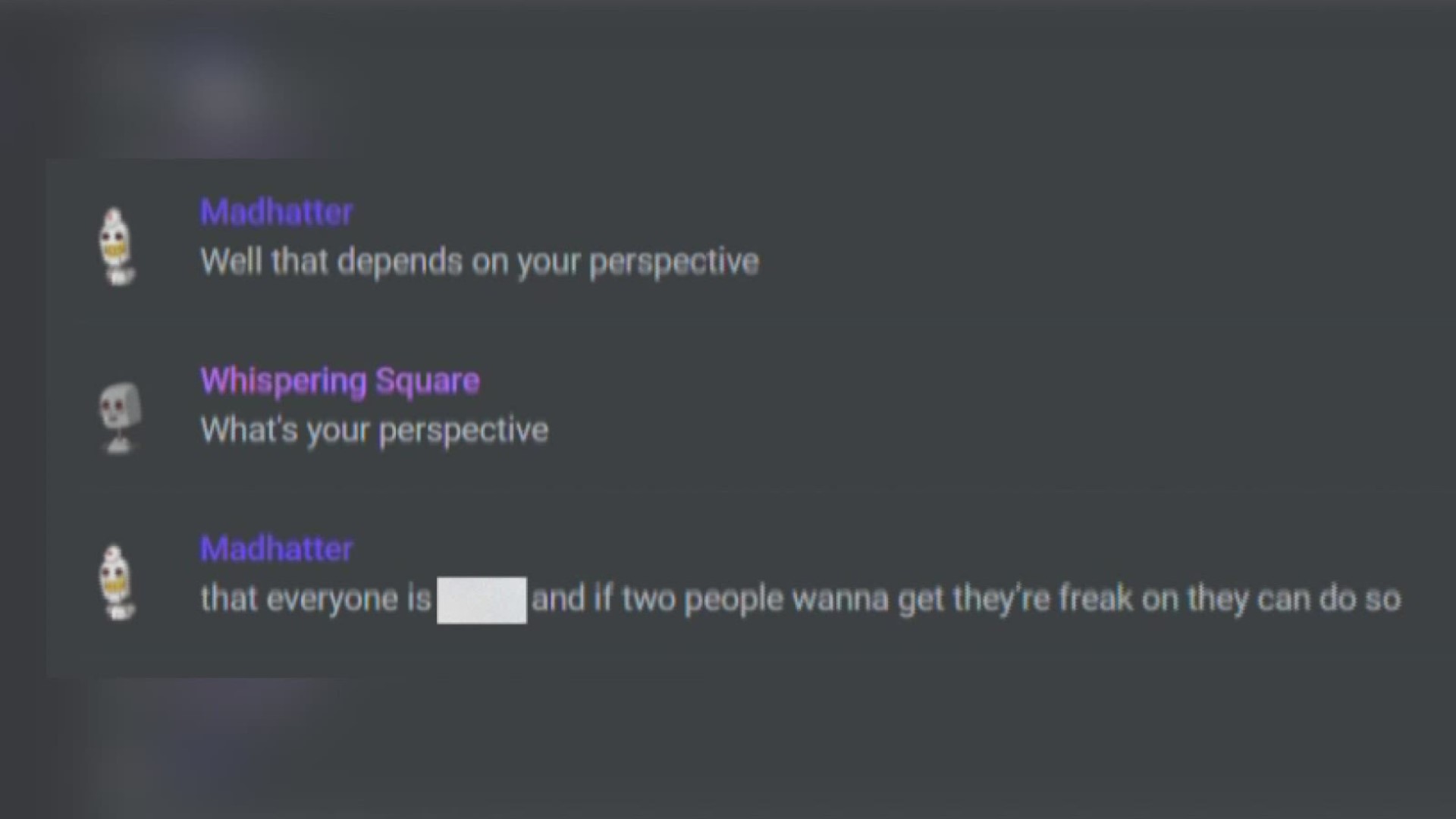 NORFOLK, Va. — The recent abduction of a 14-year-old girl in Davidson County, North Carolina, has investigators asking parents to understand the types of apps on their children’s phones.

“If you can't text them from your cell phone, then don't communicate with them,” advised, Agent Scott Williams with the North Carolina State Bureau of Investigation (SBI)/

Davidson County authorities say the 14-year-old girl was communicating with her abductor, 38-year-old William Ice, on the Emerald chat app using her school-issued computer. The conversations were sexual in nature. Days later he kidnapped her from her home in Denton last month.

The app allows users to talk to strangers from around the world. The girl was rescued from Ice in Arkansas after he was involved in a shootout with police. Ice shot himself as he was being chased by police and later died.

The incident surrounding the girl's kidnapping wasn't Ice's first encounter with preying on minors. According to Crime Watch PA, Pennsylvania State Police issued an arrest warrant for Ice in connection to another 14-year-old just two days before the North Carolina girl was reported missing.

“There needs to be more monitoring, constant monitoring both on how the devices are being used and if all the devices in the household provide a safe venue for learning,” Pinto said.

On Emerald Chat, users simply indicate that they are least 18 by clicking a box--then choose whether they are male or female. When 13News Now examined the app as a female, we were immediately connected to a user whose name is Madhatter. The app gave 13News Now the title of "Whispering Square." Within seconds, the Madhatter's posts turned sexual in nature. There was no way to verify the person's identity beyond what Madhatter posted and no way to prove if the user was really 18 years of age.

"Once we open up that door. Once we have included members in our friendship bubble in social media, they they get to become more familiar with our children's postings, pictures and other friends as well," said Pinto.