It was liftoff for the Antares rocket from NASA's Wallops Flight Facility in Virginia. 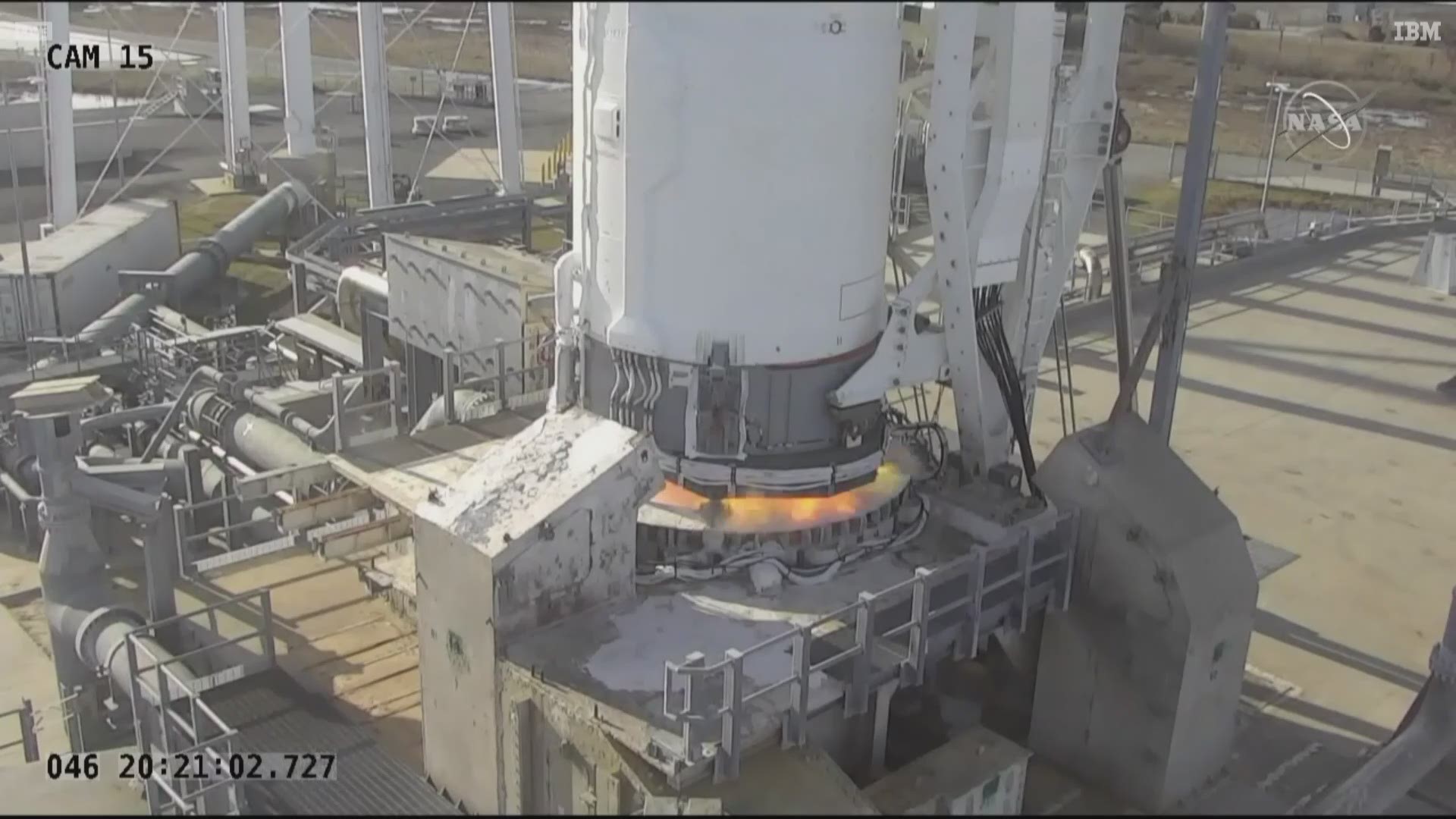 WALLOPS ISLAND, Va. — It was liftoff for the Northrop Grumman's and NASA's Antares rocket from Wallops Island after two initial launches were both scrubbed.

The rocket launched at 3:21 p.m. from the Wallops Flight Facility.

The initial Sunday afternoon launch was scrubbed at the last minute after readings from a ground support sensor were less than nominal.

Northrop Grumman came within two to three minutes of launching a cargo ship to the International Space Station before killing it entirely.

NASA and Northrop Gunman haven't revealed a projected time for when the supplies will reach the space station.

RELATED: For NASA Wallops, the final frontier is the current one