Sen. Mark Warner says when it comes to climate change and protecting military bases, it's time to "put our money where our mouth is." 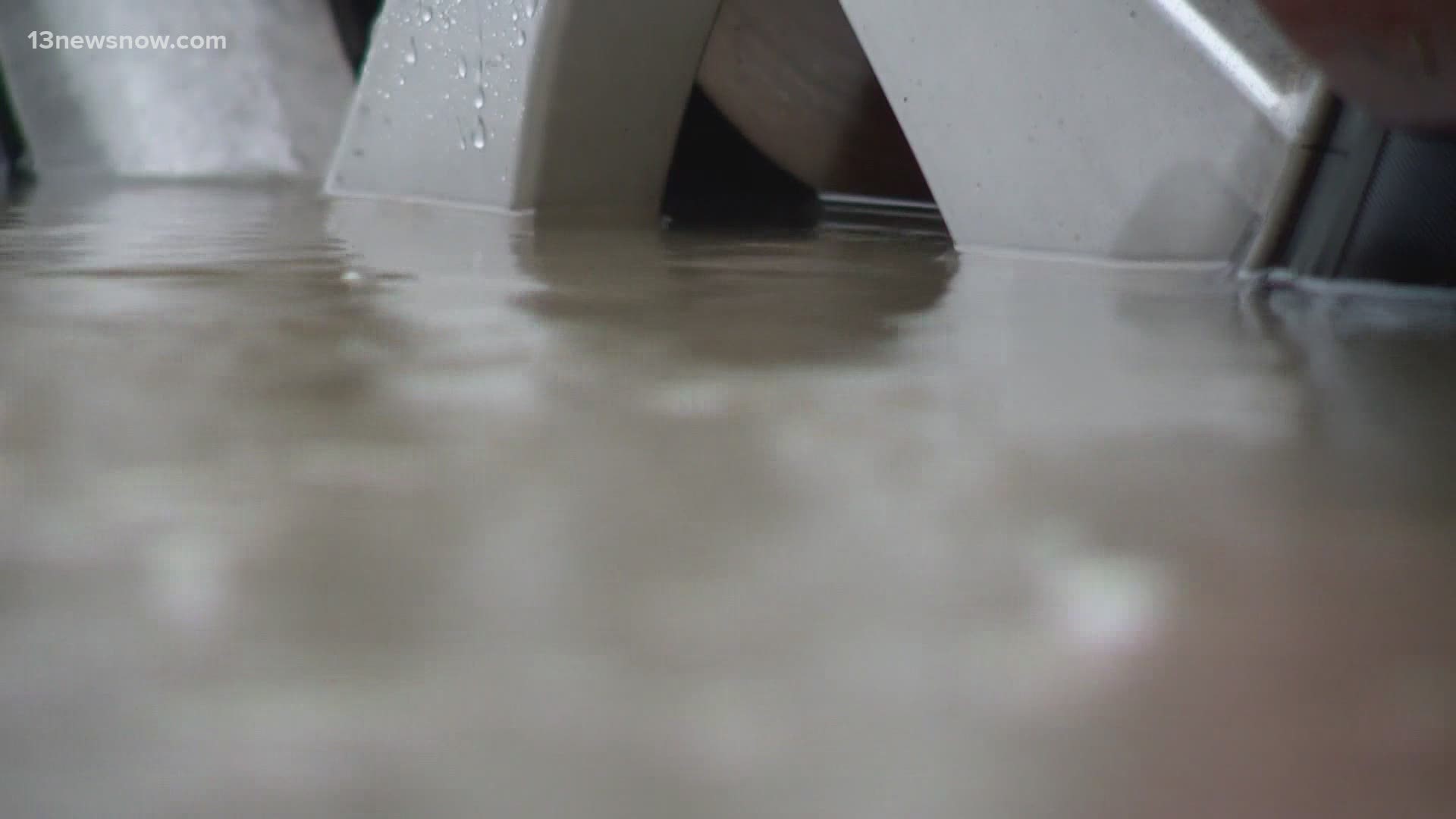 CHESAPEAKE, Va. — The Hampton Roads Planning District Commission predicts sea level will rise here by four and a half feet by the year 2100.

That will be a big problem for everyone, including the military.

Of course, recurrent tidal flooding and storm surge are more than just an inconvenience for the armed forces. It's a matter of national security.

Sen. Mark Warner (D-Virginia) is doing his part to help.

He is leading negotiations on a bipartisan infrastructure package in the Senate that includes $47 billion to strengthen coastal resilience and $16 billion for ports and waterways to develop solutions.

He spoke with local leaders Friday.

"We need to put our money where our mouth is," he said. "That's why this infrastructure bill has $47 billion of new money committed to protecting these kinds of communities. The defense budget, $740 billion, some of that needs to go to protect these bases."

The DoD spent $67 million last year to help bases vulnerable to flooding, hurricanes, and wildfires work with their surrounding communities on projects that would prevent damage.

But lawmakers say, much more needs to be done.

"Certainly, it's a priority for me, for our full Virginia delegation, to make sure that we look at the impacts of sea-level rise, recurrent flooding on our installations," said Rep. Elaine Luria (D-Va., 2nd District).

He said: "We need to make sure that these bases are fixed in terms of sea-level rise, so we have to take action proactively now."

According to NOAA, Hampton Roads is experiencing the highest rate of sea-level rise along the entire Atlantic seaboard and is second only to New Orleans as the largest U.S. population center at risk.