Scientists from the Smithsonian say that the leech species is the first to be discovered on the continent in over 40 years. 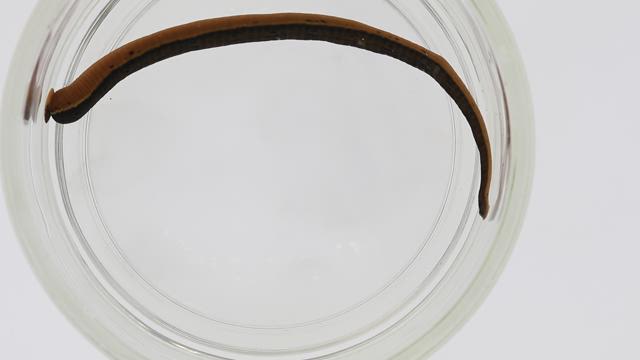 WASHINGTON — Scientists with the Smithsonian have discovered a new blood-sucker in the D.C. area -- a previously unknown species of leech that has three jaws with up to 59 teeth.

The scientists with the Smithsonian recently published a paper in the Journal of Parasitology documenting their discovery of the leech, or Macrobdella mimicus. They said the leech is the first to be discovered on the content in over 40 years.

Anna Phillips, the scientist who discovered the leech, told the Smithsonian that the last time a new leech species was described in North America was 1975. Phillips said the lesson is that, "there is unrecognized diversity close to home."

Scientists said features of the leech closely resemble the species M. decora, which is how the leech got the name Macrobdella mimicus -- coming from the Greek word for "imitator."

Scientists said the new species of leech is olive-green with orange spots. It's about as long as a cigarette and as wide as two, the scientists said. The leech's 59 to 59 teeth are used to bite a siphon blood from humans, and the scientists said leeches like this species can suck two-to-five times their body weight in blood, "thanks to expandable pockets in their intestines."

The leech was initially identified in southern Maryland, the scientists said. It can be found in many locations from Northern Georgia to Long Island, NY.

"It’s not something new that’s come up; it’s something that has been there the whole time, unrecognized,"  Phillips said.