Saving the Bay: Eco-tourism duo 'Shored Up' on a mission to restore oysters, educate about Virginia's environment

Part 3 of our 'Saving the Bay' series looks at local efforts to educate about the local environment, and restore the local oyster population. 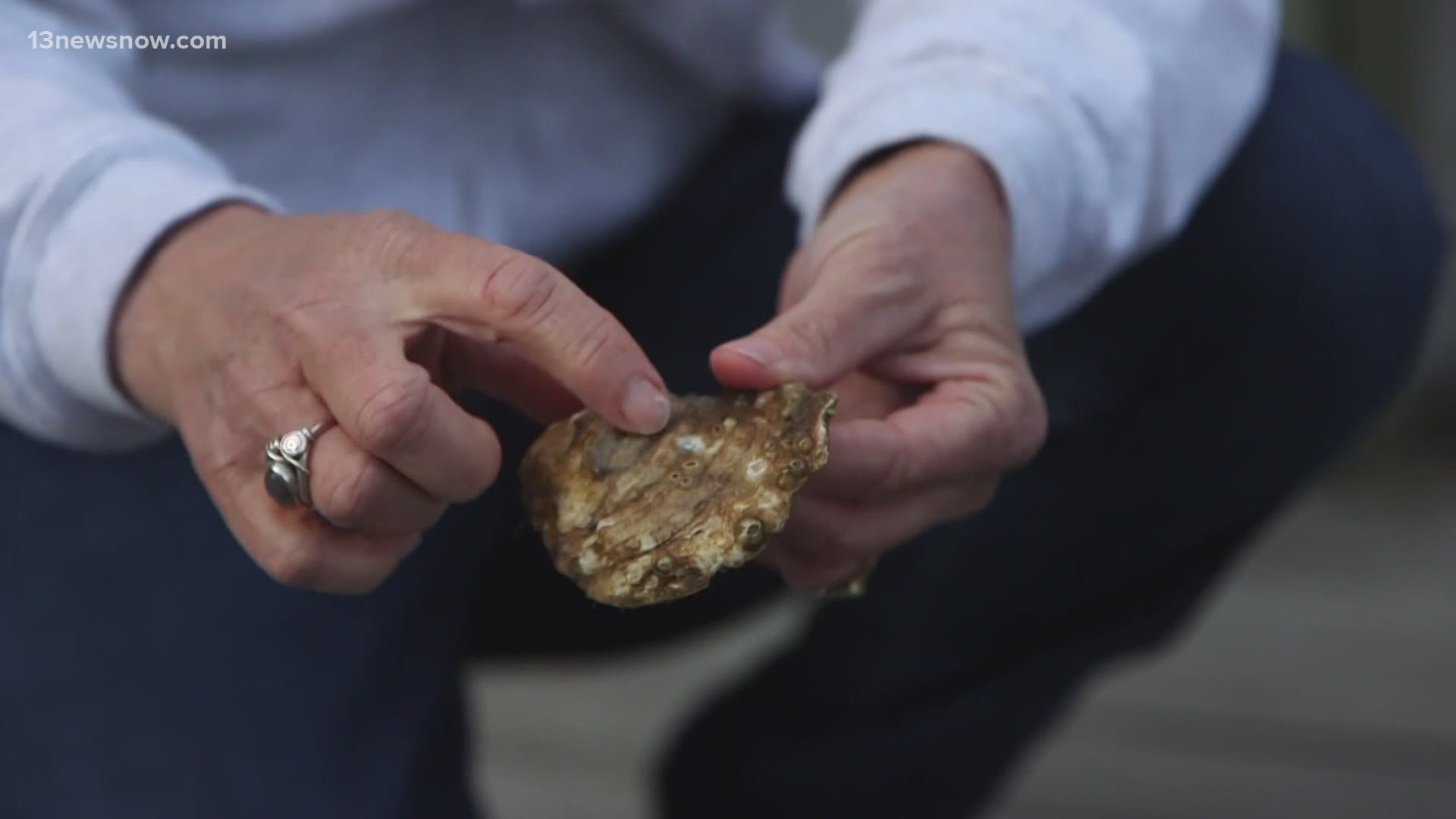 HAMPTON, Va. — There’s plenty of ways to get your daily steps in, and for Hampton's Claire Neubert and Linda Hamm, they do it on the heels of the history and nature in Hampton.

“It’s a way of showcasing nature," Claire says. "She [Linda] was crazy enough to say yes, so here we are!"

Near the beginning of the pandemic, Claire and Linda decided to go in on a joint venture together "Shored Up," an eco-tourism business that aims to educate tour-goers about the local environment and heritage of Hampton Roads.

By both water and land near the city's downtown, Claire and Linda offer walking tours, private and public paddle tours, and more environmental-based experiences on the Peninsula. This year, they were awarded the 2021 Virginia Green Travel Star Award for Green Tour of the Year.

One of the biggest lessons they aim to educate about is one of the area's biggest environmental issues: oysters.

In the 2020 State of the Bay report published by the Chesapeake Bay Foundation, "Oysters" is one of several environmental factors that received a failing grade. Thirteen contributing factors led to the Bay's overall "D+" grade and a score of 32.

“A lot of other species rely on the oysters, so it’s not just the filtering, it’s the species.”

A declining number of oysters in the Chesapeake Bay watershed over time have led to a decline in other environmental issues, like water clarity. Oysters not only provide food and shelter for underwater animals, but an average 3-inch oyster can filter as much as 50 gallons of water a day.

“We're only at about 1-2 percent of the oysters when Captain John Smith came here in 1607. They can’t do it [filter the bay] in an entire year," Claire said.

"Shored Up" is a part of the Chesapeake Oyster Alliance, a coalition of businesses and non-profits aiming to collectively put 10 billion oysters back in the Chesapeake Bay by 2025.

It may at first sound like a lofty number, but individual efforts like oyster gardening have gained in popularity in recent years. At the end of the Shored Up tours, Claire and Linda bring tour-goers to the Shored Up oyster cages along the water near Bull Island Brewing Company in Hampton. Here, they teach people how people can individually grow and restore oysters and contribute to the growing hobby.

"We grow them for a year, and they're put on sanctuary reefs," Linda said.

It shows others the impact even one person can have, on helping restore the Chesapeake Bay.

"It often inspires others with those questions, 'How can I do this?' It's not, come down here depending on the time of the year and tend your cage just like you'd tend a garden," Linda said.

According to the Chesapeake Oyster Alliance, Maryland and Virginia's economies have lost more than $4 billion in the last 30 years to general oyster decline in the Chesapeake Bay.