Part 2 of our "Saving the Bay" series looks at efforts in Hampton Roads to save underwater seagrasses. 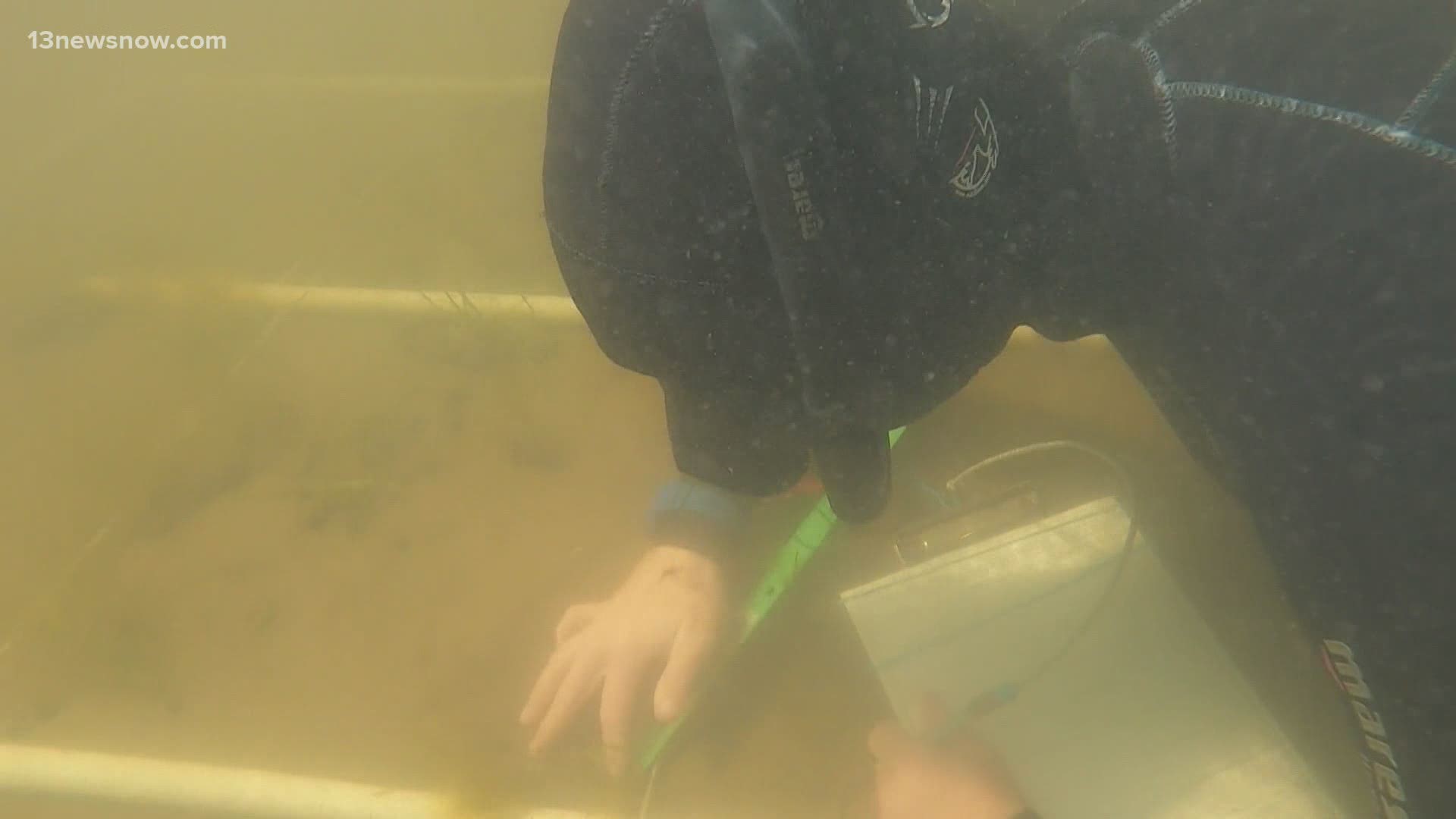 VIRGINIA BEACH, Va. — The warmer weather also comes with warmer water, warm enough for Enie Hensel and her team to venture out to the Broad Bay beside First Landing State Park in Virginia Beach.

But the boat ride on a warm April day is just the commute because the real work is underwater.

On a two-acre plot in Broad Bay, Hensel’s team is currently testing two different kinds of seagrasses: Zostera and Ruppia. In collaboration with the U.S. Army Corps of Engineers, Hensel and her team are working to reverse what she calls a massive decline in seagrasses throughout the Chesapeake Bay watershed.

“On a broader scale, seagrass has declined for many reasons in the Chesapeake Bay. Seagrass restoration is needed, conservation and mitigation," Hensel said.

In the Chesapeake Bay Foundation's State of the Bay report, "underwater grasses" received a "D-minus" grade. The report is based on 13 environmental factors to provide a snapshot of the Bay's current environmental conditions.

Underwater grasses are one of the several categories that are either failing or close to it.

Pollution and climate change have played a major part in a once bountiful resource now depleted, Hensel says.

“It's a grass, it needs light to grow. If [the water is] not clear, it can’t grow. Heat has also been a reason and straight-up nutrient pollution. It can’t take that level of pollution.”

A decline in underwater seagrasses can lead to other environmental troubles, according to Hensel, like water clarity levels, erosion, and more.

“We’ve been interested in the Lynnhaven and Broad Bay area for many years," says JJ Orth, a long-time professor with VIMS.

He says it's a years-long issue they've been working to fix, by testing not only if restoration is possible but the best way to do it.

“We’re trying to see whether additional work in the bay can bring them back, but the biggest concern is climate change and warming temperatures," Orth said.

On a field day in April 2021, Hensel's team collected data from seeds planted in the fall of 2020, while also planting another round of seagrass seeds. Hensel says so far, they've observed that grasses have taken root, an optimistic finding that shows seagrass restoration in the Lynnhaven River system and Chesapeake Bay watershed is possible.