Meteor 'burst' could produce over 400 meteors in just minutes!

CHARLOTTE, N.C. — Stargazers could be in for quite the show Thursday night, when a "unicorn meteor storm" could allow the viewing of hundreds of meteors in just a few minutes.

According to First Warn chief meteorologist Brad Panovich, most meteor showers occur over weeks and there's a peak day where we see only 15 to 20 per hour. Thursday night's meteor burst will be a whole different ballgame.

"This burst is going to be a very narrow band of debris that will pass through in the order of minutes," Panovich said. "So it may or may not happen, but the potential for 400 meteors in a short period of time is possible."

Panovich says there's no guarantee we'll see such a burst, but the debris field passing through will make it very possible late Thursday.

"It's going to be a short burst, so it's not going to take a ton of time commitment," Panovich explained. "We're talking maybe 15 to 30 minutes, centered around 11:50 p.m. Thursday." 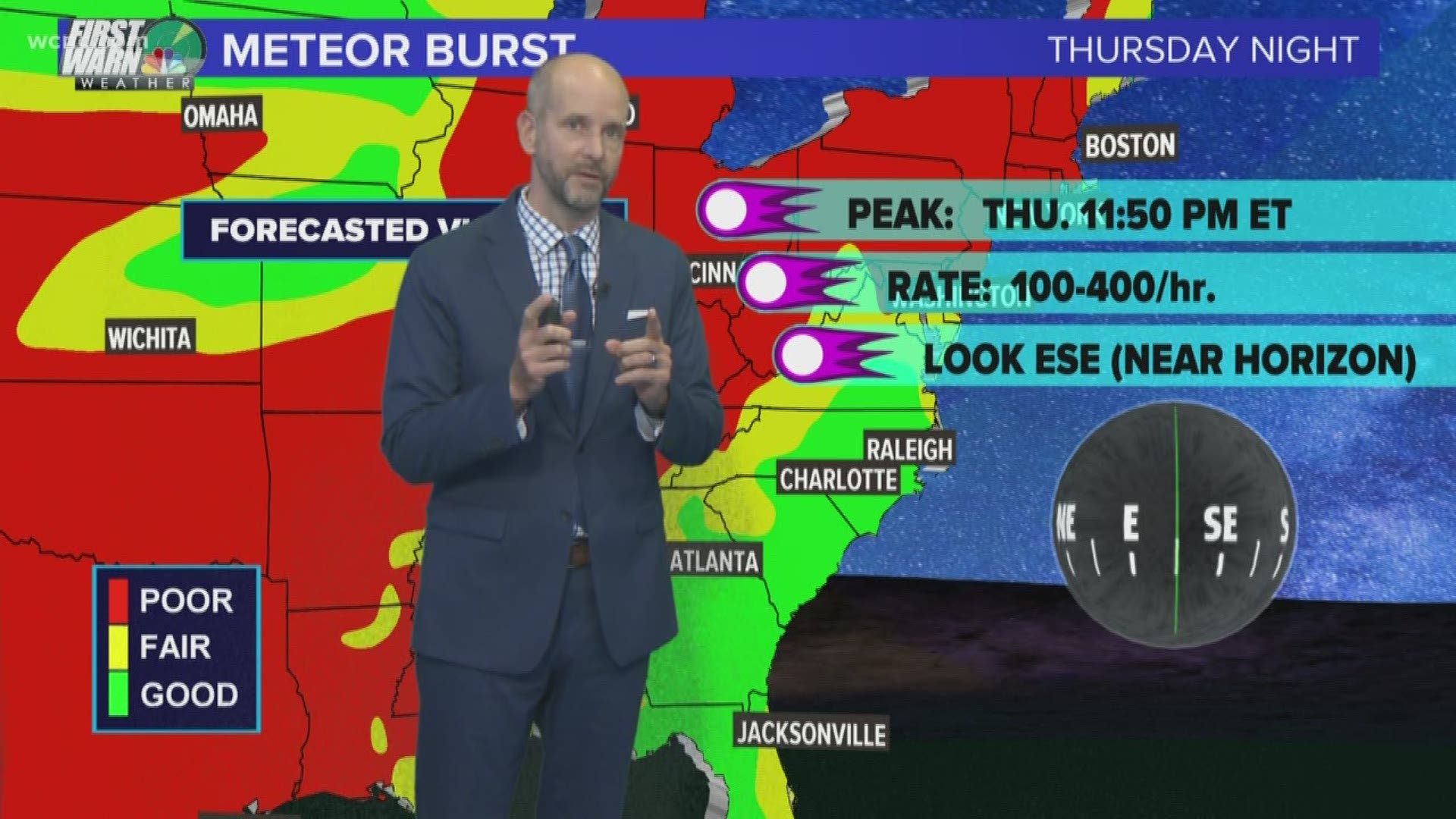 Panovich says the fact the burst would happen over a short period of time versus several days makes it worth taking a look.

Where to look for the meteor storm

“Unlike most meteor outbursts which last for several hours, strong activity from the alpha Monocertids is over within an hour and easily missed,” the American Meteor Society (AMS) explained on its website.

Meteor scientists Esko Lyytinen and Peter Jenniskens have been studying the meteor shower. They say this will bring the first alpha Monocerotids meteor storm since 1995, which produced rates of around 400 meteors per hour.