NASA solar probe traveled closer to sun than any other spacecraft. Here's what it found

The Parker Solar Probe is shedding new light on our star. 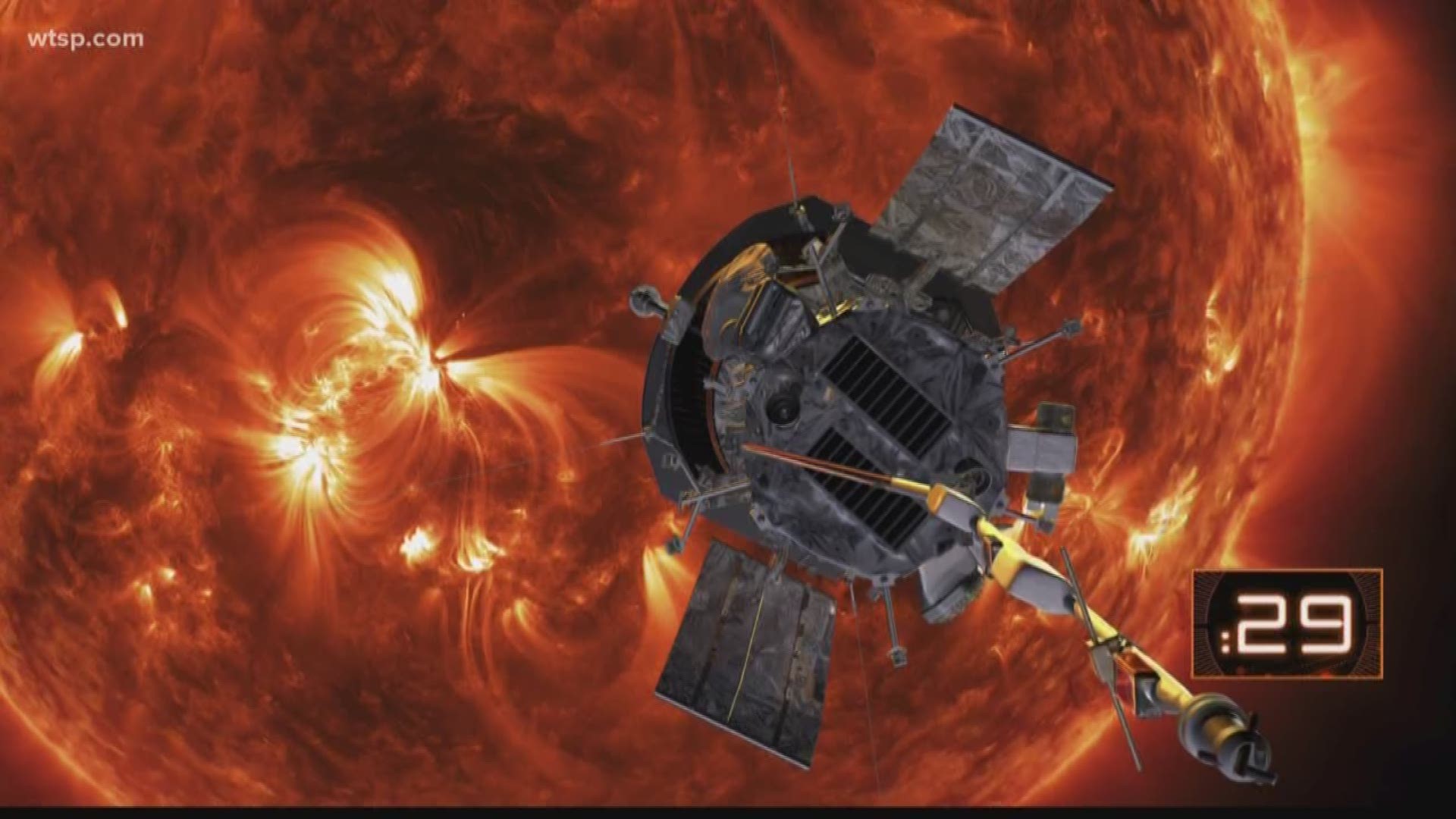 It's been more than a year since the Parker Solar Probe launched into space with the goal of "touching the sun."

Since then, NASA's probe has completed three of 24 planned passes, gathering data that sheds light on the physics and appearance of our star. The findings were published Wednesday in four papers in the journal Nature.

NASA said these findings show more about the behavior of particles that speed away from the sun. The information the solar probe found can help scientists better understand space weather around our own planet, how to better protect astronauts and equipment in space and know more about the creation, evolution of stars.

“Observing the Sun up close rather than from a much greater distance is giving us an unprecedented view into important solar phenomena and how they affect us on Earth, and gives us new insights relevant to the understanding of active stars across galaxies," Thomas Zurbuchen, associate administrator for science at NASA said. "It’s just the beginning of an incredibly exciting time for heliophysics with Parker at the vanguard of new discoveries.”

Scientists say is "magnetically active" and shoots out powerful bursts of light and particles that move near the speed of light. It also unleashes billion-ton clouds of magnetized material.

NASA said this activity affects our planet because these particles can reach the space where satellites and astronauts fly and disrupt communication and navigation signals. If intense enough, these bursts can trigger power outages.

Data from the probe also offers clues as to why the sun's corona is hundreds of times hotter than its surface.

“The corona is a million degrees, but the sun’s surface is only thousands,” Dr. Tim Horbury, a co-investigator on the Parker Solar Probe Fields instrument at Imperial College London, said to The Guardian. “It’s as if the Earth’s surface temperature were the same, but its atmosphere was many thousands of degrees. How can that work? You’d expect to get colder as you moved away.”

Other surprising findings from the probe include observing the dustiness of the area nearest the sun. The entire solar system is full of cosmic dust -- crumbs of planets, asteroids and comets that collided with celestial bodies billions of years ago.

NASA said at this rate of thinning, scientists could observe a dust-free zone at a little more than 2-3 million miles from the star.

The Parker Solar Probe is still moving closer and closer to the sun, with 21 more close approaches planned. Eventually, the probe will make three orbits just 3.83 million miles from the solar surface.

“The Sun is the only star we can examine this closely,” said Nicola Fox, director of the Heliophysics Division at NASA Headquarters. “Getting data at the source is already revolutionizing our understanding of our own star and stars across the universe. Our little spacecraft is soldiering through brutal conditions to send home startling and exciting revelations.” 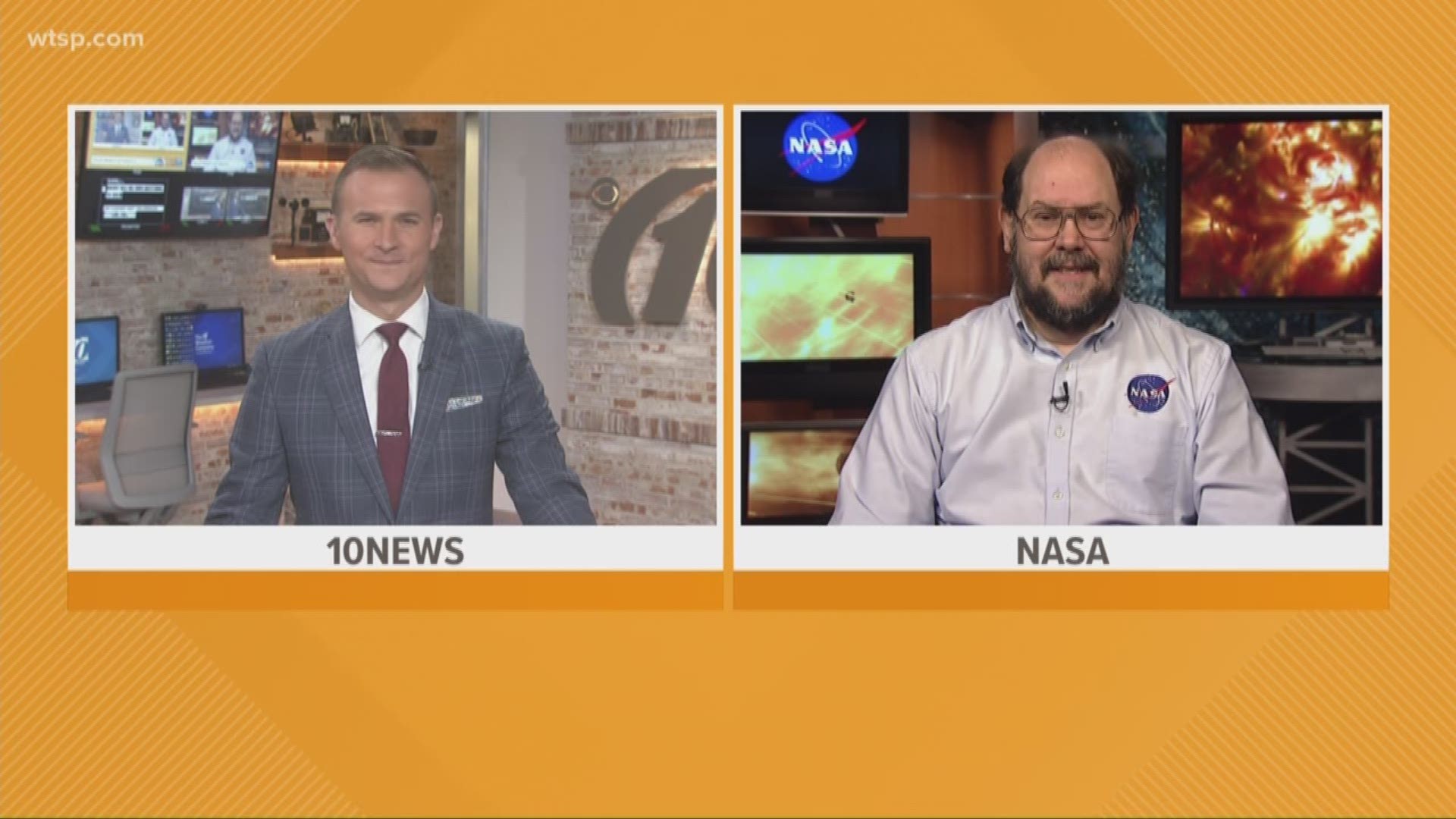