It is the first known visit to an anomaly known as the Caryn Seamount. 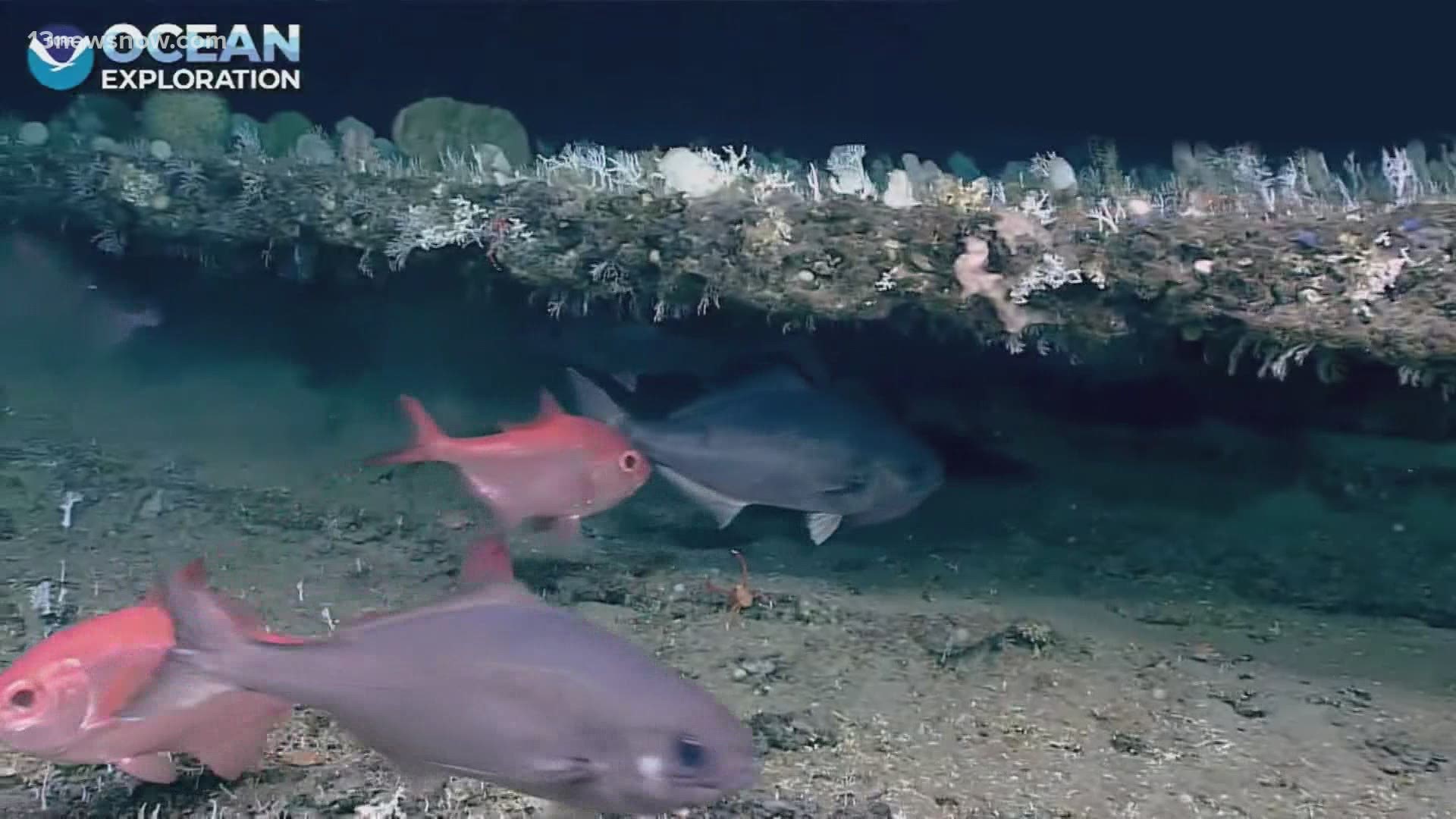 NORFOLK, Va. — Scientists with the National Oceanic and Atmospheric Administration (NOAA) are in the middle of an expedition.

It’s taking them to unmapped areas of seafloor hundreds of miles off the coast of Hampton Roads.

There's one place in particular adding an element of mystery to the trip: this is the first known visit to an anomaly known as the Caryn Seamount.

NOAA scientists said there’s nothing quite like it. They said to think of it as an underwater island in the middle of a flat seafloor.

It’s a plateau roughly 6,500 feet from the seafloor.

Scientists said it could be filled with all sorts of sea life, and if all goes as planned, the team will capture photos and video from the site so we, too, can see it for the first time.

The two-week expedition started the week of June 14, and should wrap up by late June.

Part of the search includes several stops at shipwreck sites along the East Coast between North Carolina and Rhode Island.