The next meteor shower to look out for is the Lyrids in April, which seem to originate near the constellation Lyra. 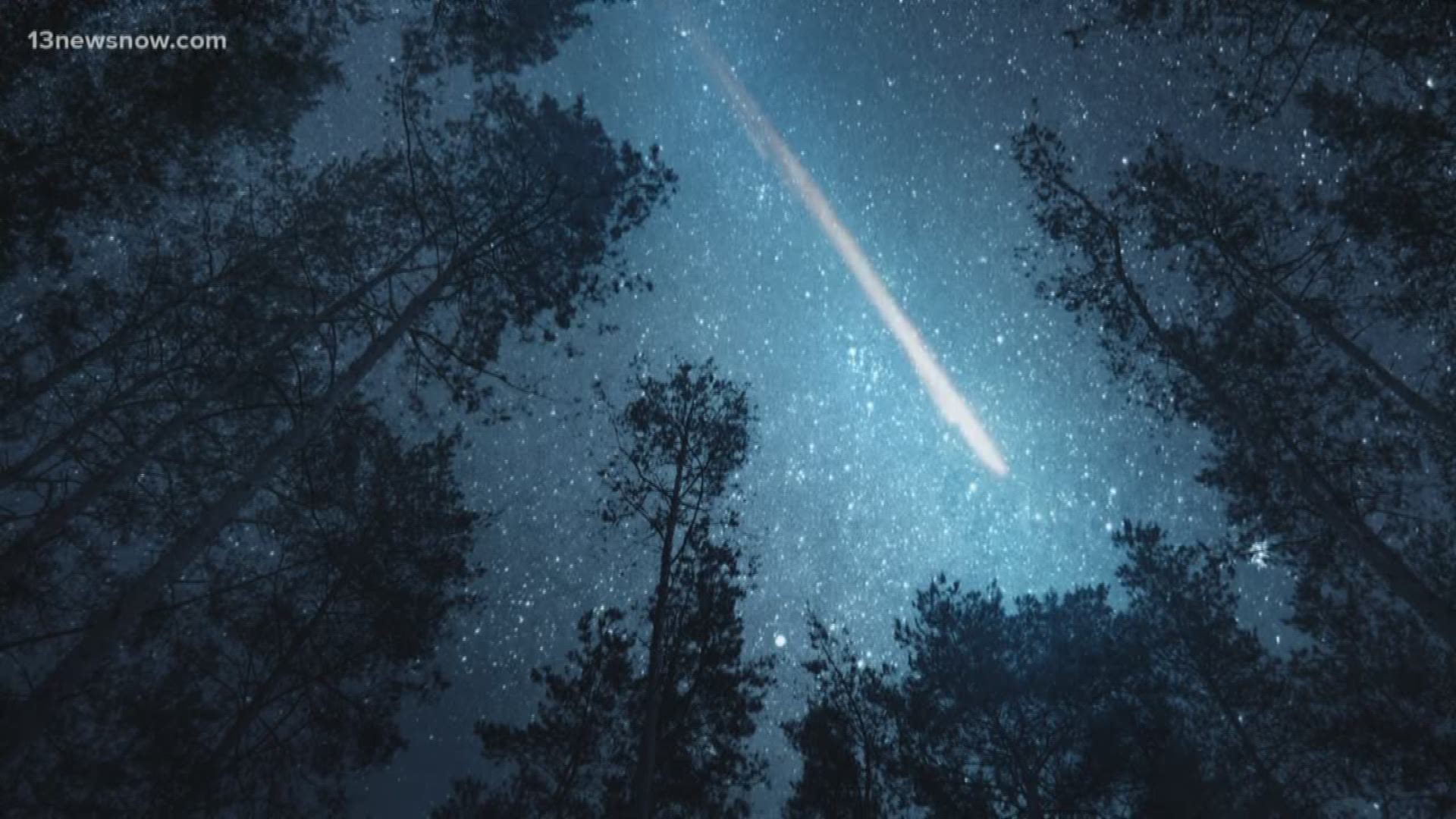 NORFOLK, Va. — Jiminy Cricket said, “When you wish upon a star, your dreams come true.”

I’m not sure if Jiminy knew that what you’re wishing on is flaming hot! But all in all, it’s just a rock.

Shooting stars are actually meteoroids that fall through the Earth’s atmosphere as meteors. It's all because as the Earth orbits, we move through space debris leftover from different comets.

"You can think of as a 'dirty snowball' so as the comet gets closer to the sun in its orbit, it melts and leaves a bunch of little pebbles and rocks," says Justin Mason, planetarium director at Old Dominion University.

He adds, "The meteors burn up in our atmosphere and leaves a streak of light across the sky."

But the real show comes during a meteor shower. Each meteor shower is different, Mason mentions the number of visible meteors "could be 15, 50, 100 to even 120, it just depends which you go out and see 4527 some of the best are the Perseids. Early to mid-August that peaks 100-120 meteors an hour."

Because of how our orbit is set up, we know when certain meteor showers will take place, like the Perseids.

But how are meteor showers named?

It depends on which way the Earth is facing but all you have to do is look up at the sky.

"If you follow all the meteor streaks as they pass through the sky... they all angle back toward a specific constellation," Mason says.

The next meteor shower to look out for is the Lyrids in April, which seem to originate near the constellation Lyra.

For more information on shooting stars and meteor showers, click here to visit NASA's Star Child Website. It also explains the difference between a meteor, meteoroid, and meteorite.

RELATED: SCIENCE BEHIND: How frost forms

RELATED: SCIENCE BEHIND: The colors of the sunrises